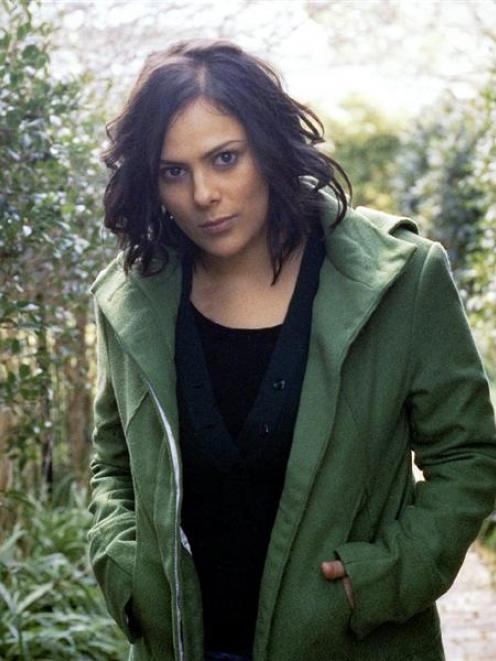 Anika Moa is based in Melbourne these days but the nomad-at-heart is back in New Zealand on tour.

"I enjoy touring especially if it involves touring my own country. I love travelling around New Zealand, from the pooey smell of Rotorua to the Lord Of The Rings set down in and around Q'town.

"I consider my home to be on the road and also hanging with the one I love."

Last time Moa was hunting down here she was on her lonesome, but this time around she's brought "the best band in the world" along for the trip.

"They are all my mates and pretty much my family too. If anyone comes to the shows you will love seeing them play."

She's also bringing a support act, "the lovely and beautiful Anna Coddington", who she in turn likes to support.

"She just released an album called The Lake. I bought two copies to support her. Her music is amazing and she is also going to get up and sing with me too. Yay!''

"There will be lots of laughs at the show, Moa says.

"I do quite a good comedic sideshow. Some people compare me to Billy T James . . . I agree with them," she says.

For those wanting to get their groove on tonight, Christchurch's maitreya is at The Backstage.

Christchurch musician Jamie Greenslade, who makes music under the name "maitreya", has returned after spending the past five years in New York working for Rockafella Records.

Greenslade's name might not be super-familiar to many people, but he cut his teeth in Darktower with Jody Lloyd before moving to Auckland and hooking up with DLT and spending a few years at Mai FM.

From there he hot-footed it to the States.

"I wanted to smell and feel hip-hop. Within three months I began working for Jay Z and Rockafella. He was part of the team that helped break Kanye West, also on Rockafella at the time.

"I was part of the street teams who go around the 'hoods [neighbourhoods] giving out product and merchandise, I got a feel how street marketing really works."

While working for some of the biggest names in modern hip-hop, he kept his dreams alive, playing a lot of shows and last year mastered an album with one of the world's best engineers, but not until five thousand people helped him out.

He signed up with the website sell-a-band.com, where you upload music and interact with fans who invest as little as $10 per time in an effort to collectively generate $50,000.

Once there, you produce an album, which is shipped to your investors.

Maitreya was the first hip-hop artist to reach $50,000, and just the sixth musician in the world to make it.

His contacts at Rockafella and a good wad of cash helped him procure some big guns from the industry to help.

He co-produced the album with UK producer The Silence, but one of the most noted helping hands came from the mastering engineer.

"I got Vlado Meller, the No 1 mastering engineer for Sony. He mastered Run DMC's Raising Hell, Public Enemy, a Red Hot Chili Peppers album, Kanye West's album, people like that.

"He said one thing that didn't sink in until way after working with him . . . I reminded him of Chuck D [Public Enemy's frontman].

Tonight's show features sean-e-mac and DJ kil-o-tone from the Auckland drum and bass scene, and he says the show will have "lots of beats on top of beats, creating a party show, with lots of energy".