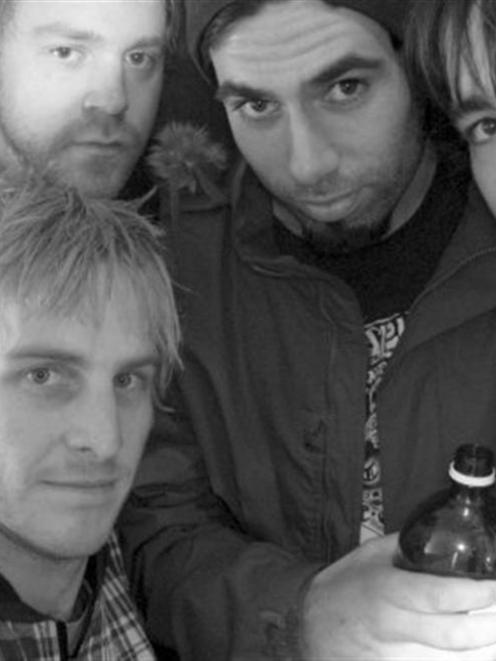 The Outsiders
After Dunedin band Ritalin moved to Wellington a couple of years ago it played a few tours, and kept going for a while, but hasn't been heard of lately.

Then the familiar name of Stu Young popped into my inbox with a band called The Outsiders.

Although the band has been around for only a short time they're already jet-setting around the country and playing their first show in Dunedin tonight.

The other member of Ritalin in four-piece The Outsiders is Niam Heggarty.

"We've been around since early July this year," says Young.

When asked to describe the band's sound he simply pointed to the band's MySpace site (www.myspace.com/bantheoutsiders).

Young has been living away from Dunedin for a while, but likes to make regular visits for gigs and the like.

"In early July I played The Backstage with Blistering Tongues."

As for where the band's name comes from, he blames television.

"It was that or Mark Snow. He's the guy that did the theme song for the X Files, tough decision."

The band has several gigs planned.

"We're also playing Queenstown and Christchurch. We have a few shows in Auckland lined up and we're doing Punkfest in Wellington this year. We're looking forward to a party in Dunedin."

Young and members of Ritalin formed Rebel High Records as a vehicle for the band's music, which he says is still throwing musical food to the wolves.

"Freddy Fudd Pucker is touring with us and has just recorded a new EP."