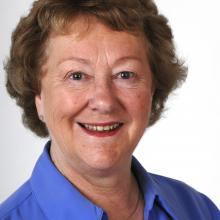 Elizabeth Bouman.
The style and character of all classical music can be seized from its origins, "syncopated and jazzed up" to be far removed from its geneses, writes Liz Bouman.

L’Arpeggiata, which  performed to a full Glenroy Auditorium on Wednesday  night, is  a group of 11  uniquely talented musicians who lavishly enhance Henry Purcell’s familiar repertoire of 17th century secular and sacred songs, hymns and dances with a 21st century total makeover.

Modern replicas of period instruments such as theorbo, arch-lute, cornetto, harpsichord, various percussion instruments, and two soloists were in the mix, as the ensemble delivered a non-stop programme of about 20  items from various genres. Instrumental numbers highlighted virtuosic performances, notably from the clarinet in  La Dia Spagnola  and grand piano.

Canario,  which featured solo spots for all was toe-tapping music, conjuring visions of Irish dancing, and later in the programme percussionist Sergey Saprychev won the audience over as he juggled two large independent tambourine drum skins, maintaining incredible rhythmic patterns with fingers and palms. Two soloists featured in most items — soprano Celine Scheen and Vincenzo Capezzuto, a rather high-timbred alto.

Among Scheen’s songs were  Ah! Belinda  and  When I am laid (Dido’s Lament) from  Dido and Aeneas  (with cornetto obligato),  Musick for a while  from  Orpheus and  Let me forever weep,  which was passionately enhanced by subtle violin dialogue.  Extreme facial expression illustrated the anguish and unrelenting pain of texts, often to the detriment of diction, and it was a voice one either really liked, or wanted to alter.

Capezzuto also delivered with extreme visual expression and an endearing countenance.  Some of his solos were  Man is for woman made, Musicae  and  Wondrous machine, from  Hail! Bright Cecilia.  I heard mixed reaction from audience members, but most were enraptured by the unique presentation of popular 17th century pieces, and prolonged applause brought an exceptional encore of  Pokarekare ana.

L’Arpeggiata — Music for a While