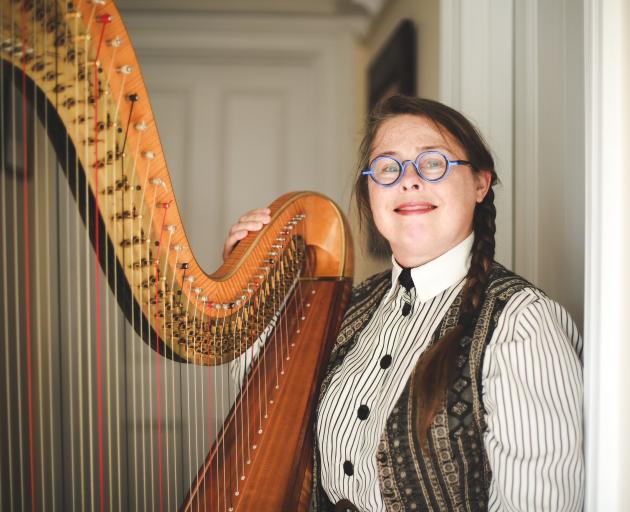 Christchurch Symphony Orchestra principal harpist Helen Webby. PHOTO: SUPPLIED
The magical sound of the harp captured Helen Webby’s imagination as a child and has never waned. Rebecca Fox talks to the musician about how the harp bridges cultures and generations.

While the harp is centre stage in Helen Webby’s life, do not be surprised to see her playing a button accordion.

Webby is smitten with the traditional European instrument — that she describes as being like a petite piano accordion — as it does things the harp cannot.

"You can’t play a long note on a harp. You pluck a string and it’s gone. But with the bellows, you can make a note last a really long time, which is quite satisfying," the Christchurch musician says. "I won’t say I’m particularly good or anything."

That Webby is learning a new instrument will come as no surprise to those who know her.

Webby, who has been the Christchurch Symphony Orchestra (CSO) principal harp since 2000, is no stranger to Dunedin audiences — her first performance after the Covid-19 lockdown was with the Dunedin City Choir at Knox Church.

"It was totally fun. Knox was jam-packed."

So she is eager to return for choir’s Rejoice: Music for Christmas concert at the Dunedin Town Hall this weekend alongside the Dunedin Symphony Orchestra, with David Burchell conducting, and soloists Lois Johnston and Caroline Burchell (sopranos), Claire Barton (alto), Andrew Grenon (tenor) and James Harrison (bass).

Webby, who will accompany the choir in A Ceremony of Carols, is aware how lucky she is to be a contracted musician and involved in the CSO’s community engagement project, which means she is nearly full-time.

It meant she received the wage subsidy during lockdown and was able to spend that time doing some practising, something she did not normally get much time to do.

"I was able to get back to being really good on the harp again."

The harp has been the centre of Webby’s life since she first heard it on an old-fashioned recording of Russian harp ballet.

She was 11 and turned to her mother and said she wanted to play the harp.

"My mum thought it was a great idea and went into town to the music shop to buy a harp."

However, it was the early 1980s so it was not that simple. After a search, the music shop owner found a harp teacher in Auckland and referred them.

Discovering it was quite difficult to get a harp imported, her mother went to the local library where she found a book on how to build an Irish harp.

"We’re a very practical, very hand-crafty family. I have brothers who do woodwork. One of my brothers, made a harp from the plan when he was only 16.

"Then we all arrived on the harp teacher’s doorstep with the harp. She was completely surprised."

She took Webby on, teaching her throughout her teens until she went to university in Auckland, where she studied concert harp.

After graduating, she headed to Europe to continue her harp studies in Holland and Germany and, in 1996, completed her master’s degree from the Hochschule fur Musik und Theater Hamburg.

"It was an amazing time. The Berlin Wall had come down and it was exciting to go places that had been difficult to get to."

When friends let her know the CSO was advertising for a harpist, she decided to apply and has never looked back.

"I moved to Christchurch and that was 20 years ago."

Since Covid, she has noticed an increase in people wanting to learn the harp. It is a great instrument to take up as a hobby, she says.

"Unlike some you cannot make it sound horrible. You can play easy stuff and it looks and sounds good. You get quite fast rewards at the beginning."

Webby says the nice thing about the harp is that it bridges cultures and genres as it’s used in classical, Irish, Scottish and Celtic music.

These days it is also being used in a lot of recordings for contemporary pop music and computer games.

"It’s really good for me to know — it’s a growth industry for composers."

She also enjoys her community outreach work, which involves playing in a variety of settings — including schools and prisons — and for people with early-stage dementia.

The most common question she is asked is how she moves the harp around.

Webby straps it to trolley to wheel it across playgrounds and other spaces and has a station wagon to transport it.

"People can spend a lot of money on a harp and then discover they need a new car. I’ve seen that happen a few times."

Buying a harp today is also a lot easier than it was the 1980s when Webby’s mother first went looking, as there are more manufacturers and agents, as well as a second-hand market.

After making Webby’s first harp, her brother went on to build a full-size concert harp and has just finished his second for the New Zealand Symphony Orchestra.

She is lucky to play an "incredible harp" her brother made for her in 1996 and she took overseas with her.

"It’s made of New Zealand red beech and is carved like a Nikau palm tree."

Harpists, like pianists, often have to use instruments they have not played before, as it is not an instrument you take on the plane for short journeys.

"We have to be flexible. You have to do the best job you can on the instrument you have. There is only a handful of harp manufacturers and I’ve played all types of harps." 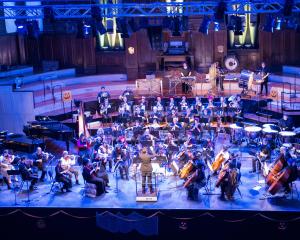