Explore the dark side 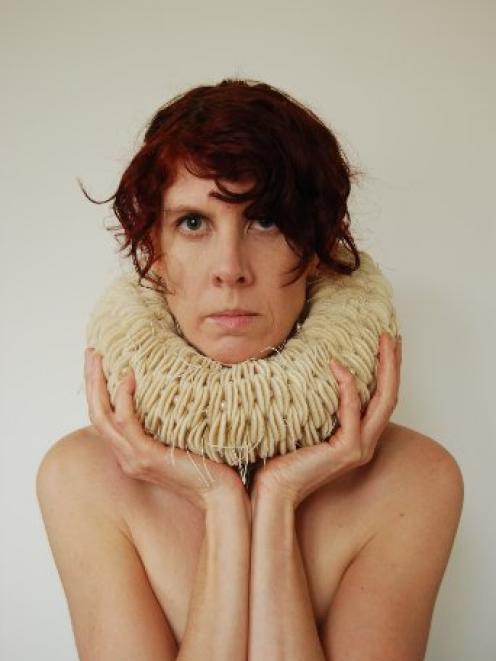 Alcohol, drugs, sex, chocolate - humans have many vices and creature comforts, but the flip side of these for many is addiction, pain and ill health.

Dunedin jeweller Victoria McIntosh explored the alternating sides of objects of release in her latest solo exhibition for the Otago Festival of the Arts.

Inspiration for the collection of neckwear surfaced when she was studying at Otago Polytechnic five years ago.

"They have been mulling around in my head for a long time," she said.

She began playing with the ideas of protection and harm, their relationship, and how objects can easily flip from one to the other.

"So often the things you see as benign or good have that darker side."

All of the exhibitions' creations are made from simple, cream-toned blanket, laboriously cut to shape and densely layered. 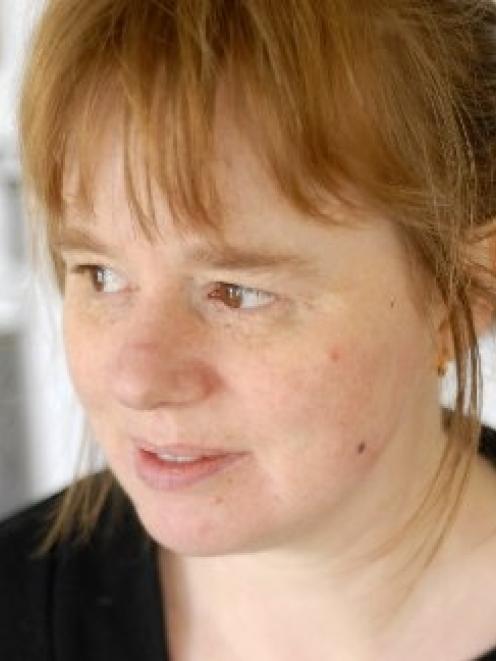 Jeweller Victoria McIntosh: "So often the things you see as benign or good have that darker side." Photo by Gregor Richardson.
They are embellished with pearls, thread, pastry boats, cookie cutters and empty pill cases, which add a seductive element.

Blankets represent "something warm and comfortable and protective" but the designs are actually heavy, choking, restrictive and cumbersome.

"These pieces push past wearability," Ms McIntosh said. Instead, they represent the tools - drugs, food, sex, alcohol - we use to protect ourselves, "like a shield", which often end up being flawed.

"It's taking something familiar that you recognise and just twisting it to look at it differently."

The idea to use blankets came from an image she saw during an art and disease lecture.

During the talk, she learnt there was evidence that blankets given to American Indians by European settlers were deliberately infected with smallpox.

Blankets are viewed as an object of safety and warmth and for them to be used for harm was "so wrong", she said.

"The things we often use to feel safe can often cause more harm than good."

Having an exhibition provided the perfect opportunity for her to explore the more creative, arty side of her jewellery, rather than focus on more commercial designs.

She also pushed the boundaries of what jewellery was by making weighty pieces and a 2.5m long boa-like creation, designed to be worn draped around the neck.

The exhibition, at Lure, Dunedin, will feature both photographs of the jewellery and the works themselves.

Ms McIntosh hoped to tour the show nationally next year through other client shops.