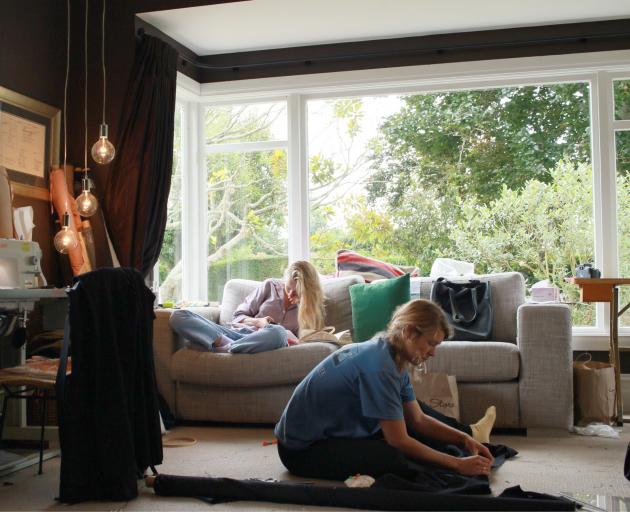 In design, as in much else, well considered collaborations can be a source of strength.

It's a lesson Wanaka-born designer Lillian Cotter learned early on while completing a bachelor of design degree at the Otago Polytechnic School of Design.

She completed the degree, majoring in fashion, last year, in the process learning that multi-disciplinary cross pollination was a pathway to stronger, more diverse creative outcomes.

It is something Cotter has been putting into practice in the past couple of years, along with collaborator and visual communication designer Grace Mirams, in the form of an annual pop-up shop, Co-Act. In turn, the venture has taught Cotter some important lessons about navigating the industry and the power of together.

The pair first teamed up to curate the pop-up in 2016, focusing on locally made fashion, art, and design.

Fashion designer Paige Jansen joined the team in 2017 and is returning this year. The three work closely on a harmonising approach to the project and manage the store between them.

The original catalyst for the pop-up was Cotter and Mirams' desire to be involved in a productive, industry-based project.

"There is definitely a hierarchy in the design industry,'' Cotter said. "Doing projects like this creates a nice break in things; we felt quite intimidated being very young.''

This year, the George St pop-up brings together a total of six emerging designers. 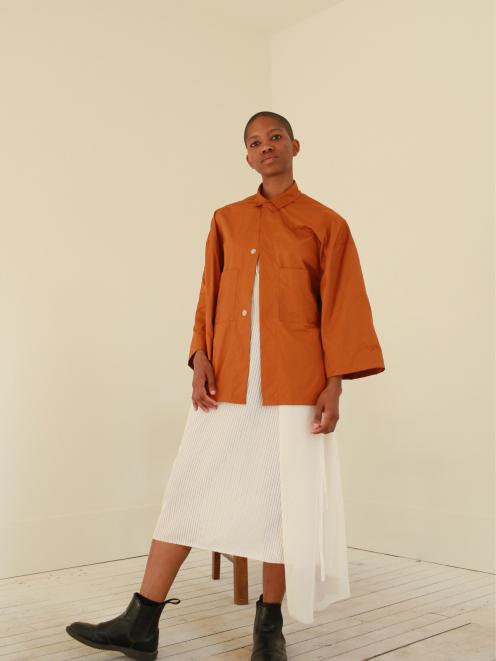 "With us all being good mates, we seem to share a similar vision, which naturally makes up a good collection,'' says Cotter.

It also provides a perspective on Dunedin's underground creative scene, while generating a space for young designers to be more visible in the local fashion industry.

Cotter and her collaborators enjoy the flexibility and spontaneity of the store, as opposed to the traditional model of a retail store.

"Being irregular gives it a sense of uniqueness and gives customers an incentive to make the effort to come in before it disappears again, not knowing when or if the next round would be,'' says Cotter.

Although from a fashion background, Cotter has a strong interest in the multi-disciplinary opportunities within design.

"I was always so infatuated by a lot of local art that was behind closed doors, and how little collaboration and exposure there was,'' she said.

The success of the pop-up project has provided Cotter with the opportunity to explore the fashion industry abroad. Last year she went on an exchange to Shanghai to take part in a photo shoot of her graduate collection and the year before she went to Milan.

"Studying in Milan, I got a healthy shock to the competitiveness, money-driven and mass production aspects of the industry. It wasn't really about what you are creating, or what you have to say,'' says Cotter.

Cotter's experiences abroad disrupted her view of the fashion industry. With a new perspective, she got involved with collaborative projects that rejected certain ideas, sharing her new knowledge with her peers back in New Zealand.

"We are consciously trying to be sustainable when designing and making garments, focusing on trying to use natural fabrics and creating timeless garments that we make with the intention of lasting,'' Cotter says.

While her travels have had a significant influence on her practice, she still values what New Zealand provides for emerging designers.

"I think it is just important for people to be proactive with ideas and to be resourceful, as so much of it is available to us in New Zealand. Don't be intimidated by what you don't know because there are definitely people around us that do, and are willing to help,'' she says.