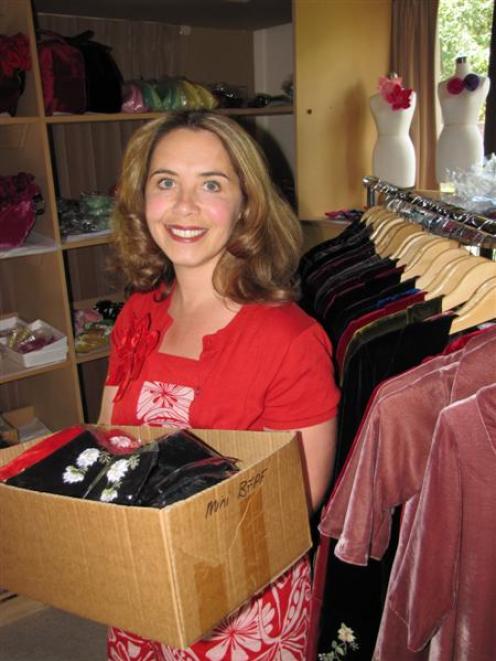 Arrowtown designer Tamsin Cooper, who is moving her business to Dunedin. Photo by Tracey Roxburgh.
While many designers feel they need to leave Dunedin in order to make it big in the world, Tamsin Cooper cannot wait to return to the city she calls a "cultural hub".

After growing up in Dunedin, she relocated to Arrowtown in 2002 and established her successful design business in 2003.

But the pull of family and the desire to be around fellow designers resulted in her preparing to return in January.

However, the move would be "bittersweet".

"I've had a wonderful time in Arrowtown.

"The community has been incredibly supportive and I would not be where I am today without it helping me," Ms Cooper said.

However, from a business point of view, life in the area was isolating and she missed being surrounded by, and working with, her peers.

"The design community in Dunedin is incredibly strong, and I miss that."

Having art galleries, museums and theatres "right on my doorstep" once again was also a drawcard.

"I think Dunedin is a cultural hub," she said.

Finding a "wonderful" showroom in Moray Pl was key to the move.

While it will primarily be a workshop, Ms Cooper intended to open it to the public at times to enable them to view her entire range, which now includes more than 80 products, and for them to provide feedback.

"I'd like to be able to have a little bit of contact with the public," she said.

The business will operate from January, as soon as she and her family move, but will not officially open for a couple of months.

The Tamsin Cooper brand had been going "incredibly well".

A girls' line was launched last month and a new Royal New Zealand Ballet range is due out next year.