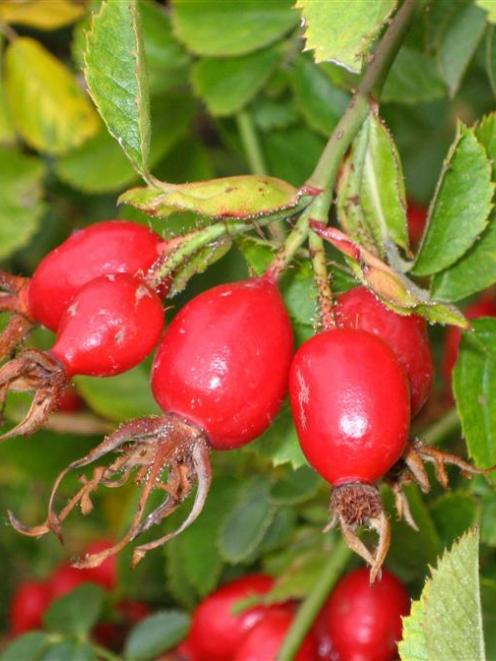 Rosehips can be used to make drinks and preserves. Photo by Charmian Smith.
In autumn and well into winter, the wild briar bushes that colonise hillsides and wasteland in Central and North Otago are covered with bright red berries called rosehips.

I still remember the wonderful aroma of rose hip syrup which we were often given as children because it was high in vitamin C and several other nutrients and was said to keep colds away in winter.

Others remember earning pocket money picking prickly wild rose hips for Robinsons which made the syrup.

Even now, I find it difficult to resist the bright red berries whenever I go inland at this time of year.

Recently, up near Omarama, my gathering turned out to be more successful than my husband's fishing. I ended up with well-pricked fingers and a satisfying bagful of rosehips with that memorable aroma hinting of lychees and mangos.

There are numerous recipes on the internet for rosehip syrup, jelly, jam and other preserves.

Some impractically tell you to remove the seeds first - I can only assume the writers never actually tried this, as the hips are mostly seeds with a thin layer of flesh on the outside.

It's easy to make rosehip syrup or jelly.

Cover the washed hips with water and simmer for 15-20 minutes, then mash them. Leave to infuse for 10-15 minutes. You'll end up with something that looks like very pippy tomatoes.

Spread a clean teatowel in a large sieve (or use a jelly bag) and set it over a large bowl.

Tip the pulp into the teatowel, cover and allow to drain overnight. You'll be left with a bag full of pips, seeds, prickles and hairs, and a thick, syrupy liquid.

Measure the liquid and boil it with sugar or honey (two parts rosehip liquid to one part sugar), or, if you want to make jelly, almost equal parts of sugar and syrup.

Rosehip syrup can be used to flavour drinks, to include in stewed or poached fruit or pies (try it with rhubarb), or on ice cream, waffles, cakes or pancakes - anywhere you might use other syrups such as maple, golden or apple.

Rosehips can also be dried and used as a tea - many types of commercial herbal tea contain rosehips. 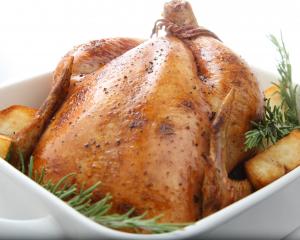 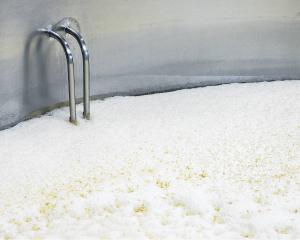 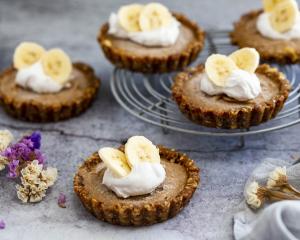