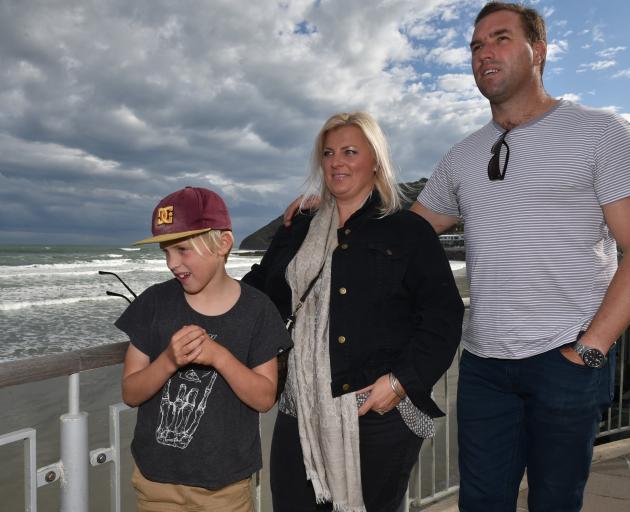 Queenstown's transition from sleepy tourist town to a 22-hour, seven-day-a-week tourism capital, complete with sky-rocketing property prices and traffic jams, proved too much for Kristie and Tom Macaulay.

''It's like Vegas. It only closes between 4am and 6am and then it's on the go again,'' Mrs Macaulay said. 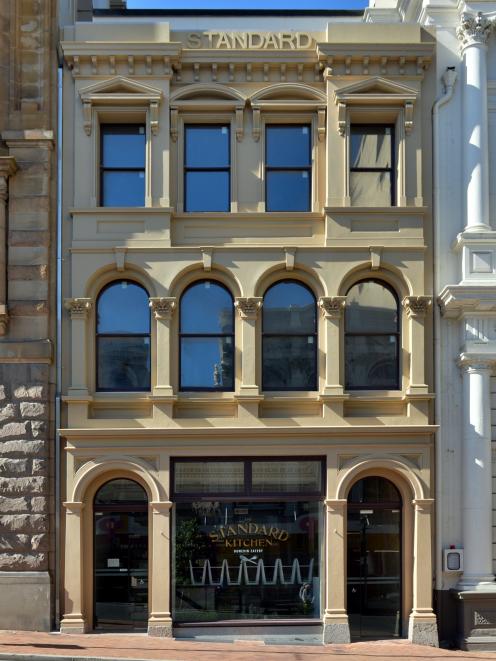 The restored Standard Kitchen building in Princes St, Dunedin. Photo: ODT files
Working long hours in the hospitality industry in sales and managerial roles as well as juggling being parents to three children made the pair reassess their options.

''In the 15 years we have been in Queenstown, it has changed a lot; it has become really busy,'' Mr Macaulay said.

The couple, who met when Mr Macaulay visited from Australia for a snowboarding holiday, wanted to start their own restaurant or cafe, but realised it was increasingly becoming out of their reach in the resort town.

''The cost is prohibitive for a young couple starting out who want to do it themselves without serious backers,'' Mrs Macaulay said.

The pair were familiar with Dunedin after deciding to send two of their children to high school here - Max at Otago Boys' and Sophie at Otago Girls' - so had an idea of the city's affordability, its growing food scene and the many schooling opportunities for the children.

''It has everything a city should have, but is still small enough to have that community feel. If anything, it's more local and hospitable than Queenstown.''

It meant giving up their jobs to chase their dream of their own business.

Looking around Dunedin for business opportunities, they happened upon The Standard Kitchen in Princes St and fell in love.

''It's a spectacular building with a great kitchen.''

Although the cafe was not on the market, the Macaulays made the owners ''an offer they could not refuse''.

The family made the move to Dunedin late last year, bringing the family under one roof for the first time in years.

''It was an adjustment to start with. The little one [Will] loves having his big brother and sister back.''

And they are relishing the work/life balance they now have, enjoying the city and all that it offers, especially its surf beaches.

''Where else can you surf with seals right next to you or see penguins running along the beach.''

The pair say the transition has gone smoothly even thought Will was at first reluctant.

Now that they have settled in, they are looking to develop the cafe, opening nights to provide good wines and shared plates of food, providing a link between the bars in the Octagon and those in the Vogel St/Warehouse District.

The Macaulays will not be changing the cafe's dedication to healthy, fresh, food with everything possible being made on site and from local produce where available.

''We want to make it a destination with affordable quality-driven food - given the tourist prices in Queenstown, it is nice to offer something more affordable.''

At home, the pair share the cooking, admitting to making the most of leftovers from the cafe when available and that it can be hard to face the dishes after a day of clearing tables.

''We're a family of five and we eat together, so that is reflected in what we eat. Also our daughter is very health conscious.''

Their positiveness about their new home has opened an awareness of the number of people thinking seriously about leaving homes in Queenstown and Auckland, even Australia, for a new life in Dunedin.

''It's worked for us. It's a great family/life balance.''