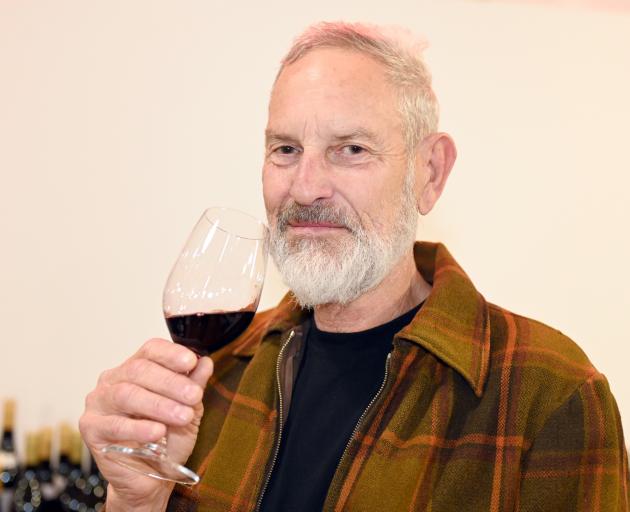 Gordon Russell is about to release a series of new wines.

It’s a process he describes as like giving birth to a new child — even after more than 30 years in the business.

"I love wine. I was lucky enough to turn my hobby into my life."

"Looking at those things now they are so everyday, yet 30 years ago, it was new exciting and challenging; we were pushing boundaries. It was an amazing opportunity." 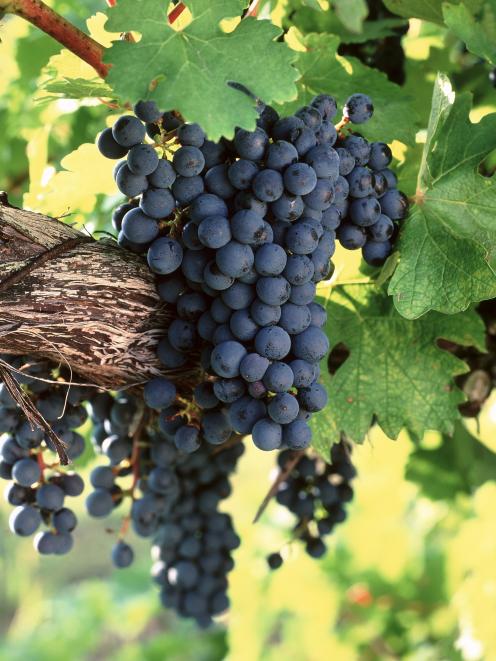 Ripe cabernet sauvignon grapes hanging on the vine. PHOTO: GETTY IMAGES
Back then, Hawke’s Bay was the foremost wine region in New Zealand. Marlborough was only starting out and Central Otago was barely in its infancy.

"It meant Hawke’s Bay offered a lot of innovation at the time."

While these days it is harder to find those opportunities, Russell has not given up looking for them.

He is releasing a new ranges of wines — the Artisinal Collection of four wines.

"I keep saying we bottled five but it was such a small amount we drank it ourselves. It’s literally true."

The wines are being made for restaurants and wine stores only as they are small volumes.

"We’ve been having a bit of fun. Yes we are blending from a few vineyards but they are all fermented with wild yeast, the reds with portions of whole clusters so we’re throwing in whole bunches rather than de-steming it all.

Russell says he is at his happiest when he is "hands-off", letting nature show through in the glass.

"My job is to just make that happen in its most simple and purest form. It requires attention to detail and knowing the pitfalls to make sure things don’t go wrong."

It is much harder, he believes, to respect nature and get the best wine from each individual season than it is to make a wine that is the same each year.

"It’s quite challenging at times, but that is what I like. Nature is the determining factor in how it turns out." 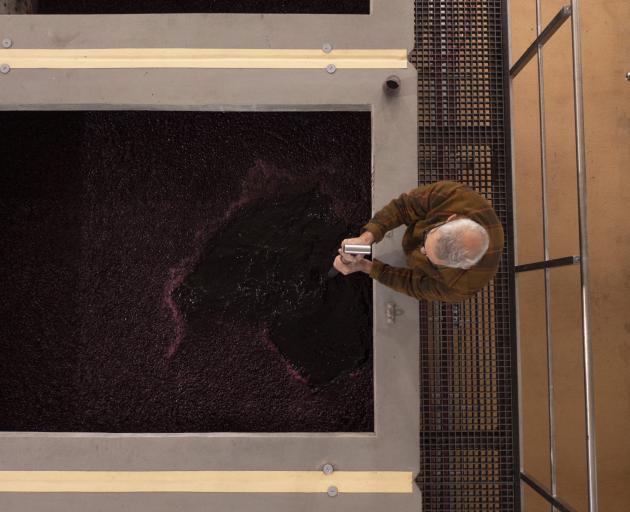 Gordon Russell plunges the grapes in one of Esk Valley’s concrete vats. PHOTOS: SUPPLIED
Changes in climate mean Hawke’s Bay now gets cyclones and storms in mid-February and March rather than April, so cabernet sauvingon grapes, normally hit by bad weather, now thrive and are able to ripen fully.

"It’s slightly warmer. The biggest change I’ve noticed is the timing of the bad weather."

It meant that in 2016, Russell had to break with a long-standing tradition of making merlot-based red wines when the cabernet sauvignon grapes shone instead.

"I had to decide, do I deliver a merlot-based wine or the best wine I could? So I broke with tradition and made a cabernet-based red wine." 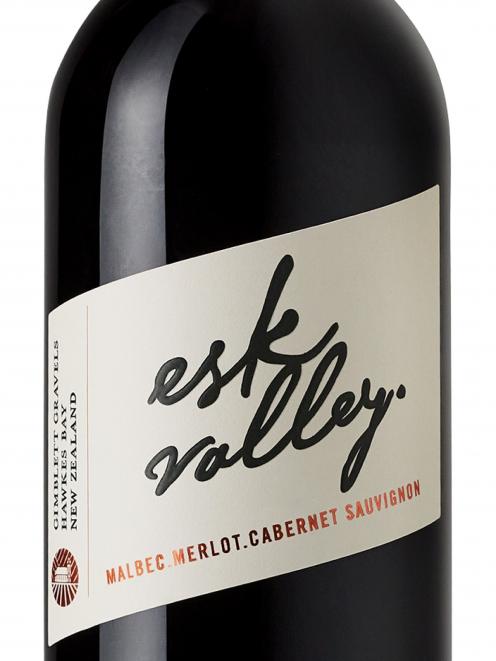 Cabernet sauvignon was previously the most difficult grape to grow, only ripening one year in five.

"Times have changed and I would now rate cabernet sauvignon as our finest in the Gimblett Gravels."

Changing weather patterns have forced Hawke’s Bay wine-makers to look at new vineyard sites inland, areas which fell out of favour after being planted in the 1990s.

"Those areas are having new plantings put into them and they are offering us early ripening, aromatic white wine retaining really good acidity — almost our take on Marlborough wines."

Russell is also looking at new grapes — albarino, chenin blanc perhaps gamay and in reds tempranillo, looking towards Spain rather than France — but believes Hawke’s Bay continues to make better and better examples of syrah and chardonay.

"You can’t sit still; it wouldn’t be as much fun."

Russell is also passionate about Esk Valley’s Terraces vineyard. Since 1991, it has produced wines that are considered some of the best in New Zealand. It’s collectable, rare and expensive — "all the things a good wine should be, as well as taste good, of course".

They are renaming wines from the vineyard Heipipi to recognise the Maori settlement site.

"We wanted to give it a name that recognises its place in Bayview in the north."

In 2001 in his quest to make wines that were truly representative of the "grandeur and beauty" of the vineyard, he decided to ferment all three of its grape varieties together rather than separately as he had done in the past.

"That meant we had to pick all the grapes in a single day and get them into one concrete fermenter as a field blend. It was a lot of work to make that a possibility. You are not meant to harvest three varieties on the same day, there was no precedent, but we did it anyway and have done it every year since."

He admits it was pushing the boundaries as it had probably only been done hundreds of years ago in Europe.

However, that was not enough. He believed to "capture the real essence" of the site, he needed to turn the irrigation off and let the vines search for water in the limestone hillside. They also stopped weed spraying.

It now "encapsulates everything I love about making wine and wine-making: making wine that tastes of the place".

"It’s a simple and natural manner that in some way captures the site in the bottle — that is it in its most extreme."

Esk Valley is also reflecting that in wines from its premium vineyards by renaming them as Great Dirt wines. They will be released in July.

Having worked at Esk Valley since 1990, first as assistant wine-maker, then wine-maker from 1993, Russell has a good understanding of his vineyards.

"Knowing the land, having eaten those grapes, made wine from those sites for years and years, you get a full understanding of when’s the best time to pick, harvest and how well the style of wine the vineyards will make and you can maximise the potential of it in a simple way."

For his first 26 years at Esk Valley, he used the winery’s 85-year-old open-topped concrete fermenters.

"It was slightly light on technology, which meant the wines were more handmade and crafted ... it taught me how to make wine well."

The winery had a big impact on the type of wine Esk Valley created and became known for the red wine influenced by its concrete vats, so

much so that when Villa Maria’s Hawke’s Bay wineries were moved to a new purpose-built facility in 2018, Russell made sure it came with concrete vats imported from France.

"It was a flash new modern plant, but I made the case that to retain what Esk Valley was known for, we needed concrete tanks in the new winery. I measured up the old winery tanks and we imported 13 custom-made tanks from Burgundy at considerable expense."

"It’s that continuation of that story and style from the beginning."

Concrete has the benefit of being a natural temperature regulator so wine can be made without heating or cooling, which ties in with today’s environmental concerns, he says.

"Its come much more into vogue as things have become more and more natural in processes, getting away from modern, industrial wine techniques.

"Like flared trousers, it has come back into fashion."