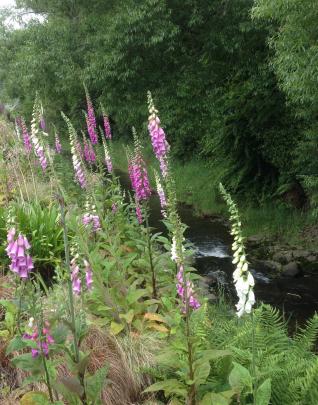 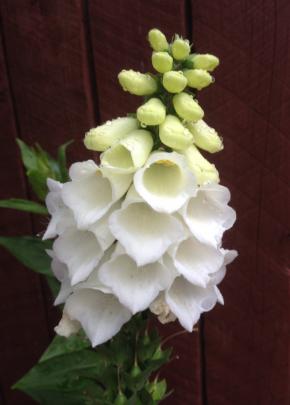 Most foxgloves are speckled but pure white Digitalis purpurea can be found. 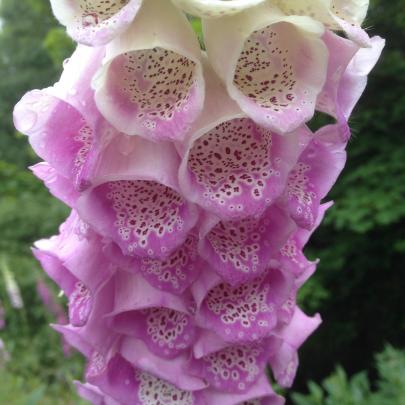 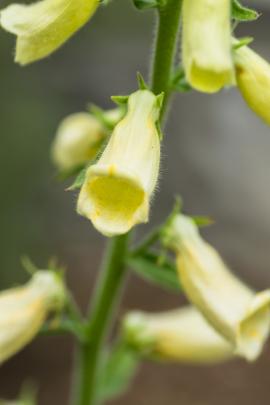 A clump of Digitalis grandiflora, one of the smaller species. Photos: Getty Image 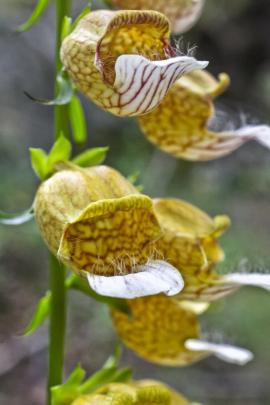 Extracts from the leaves of the Grecian foxglove (Digitalis lantana) are used to treat heart disease. Photo: Getty Images

Gillian Vine puts aside childhood prejudices and considers the merits of foxgloves.

I have a love-hate relationship with foxgloves. They were paddock weeds in my childhood, indicating a damp, acid soil that needed lime, and we were cautioned against picking them, as all parts of the plant are poisonous.

On the other hand, I like foxgloves in the garden, as they are useful fillers at the back of a bed and are happy in damp semi-shade and any kind of soil. Those into floral art find the 1.5m stems useful in large arrangements (handy if you’re on your church’s flower roster).

Foxgloves start flowering  about Labour Day,  with the most common purple or white with spotted throats being forms of Digitalis purpurea. This is the one William Withering used to treat dropsy (oedema) in the 1780s, marking the beginning of scientifically based treatments for heart disease. From it comes digitalis, while digoxin, first isolated in 1930, is from the Grecian foxglove, D. lantana. Dried leaves are used to make the drug and it is a commercial crop in India.

Why the plants are called foxgloves is anyone’s guess, although it may be a corruption of folk’s gloves. As mentioned, the plants are poisonous, so putting the bell-like flowers on one’s fingers is not recommended.

The development of new varieties, such as Dalmatian Peach, Dalmatian White, Apricot Beauty and burgundy-throated Pam’s Choice give a bit more oomph to the D. purpurea range. No longer paddock weeds, these foxy ladies have much to endear them to the gardener.

Lesser-known from this group is a European heirloom variety marketed as Yellow Spear, whose flower colour ranges from greenish lemon to primrose. I haven’t seen plants on sale but Kings Seeds has seed. Like all D. purpurea foxgloves, Yellow Spear is a biennial or short-lived perennial.

Another yellow foxglove is a true perennial. It is D. grandiflora, a clump-forming European species that grows to about 1m, although the variety usually encountered in New Zealand, Dwarf Carillon, gets to only 40cm.

In the 1920s, an English nursery crossed D. grandiflora with D. purpurea and produced a superb "child" quite unlike either parent, as it had strawberry-coloured flowers. Sold as Strawberry Merton, apart from its colour Digitalis x mertonensis has two noteworthy attributes inherited from D. grandiflora: it is perennial and has broader flowers that look slightly squashed. It supposedly breeds true from seed, but I haven’t tested this.

The foxglove I lust after is D. parviflora but it is proving difficult to track down. Not surprisingly, the one nursery I found that had it (as Milk Chocolate) had sold out. With  red-brown flowers and narrower, glossier leaves than its more flamboyant cousins, I know just where I want to grow this Spanish species. Next year, perhaps.

Seed of foxgloves can be sown in spring or autumn. You’ll be lucky to get flowers that first season when seed is spring-sown but autumn sowing should give flowers the following October or November, although the plants may not be as sturdy as those started earlier.

Sow the fine seed in a tray of mix, then transplant into bigger containers (2-litre ice-cream pottles are ideal) when the first true leaves appear. Keep the mix moist and let the foxgloves grow until big enough to put into their permanent homes.

Most foxgloves are enthusiastic seeders, so cut flower heads when the flowers die. If it is planned to save seed, shake dead heads into a paper bag. It’s amazing how much seed will be gathered, which is why — if you don’t deadhead — you’ll have foxgloves popping up for years.