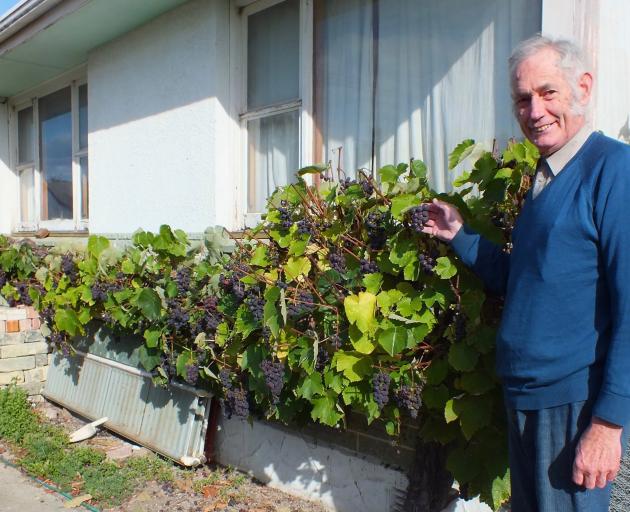 Recently, I read an article claiming that, because of our climate, southerners should grow all table grapes in tunnel houses.

Clearly, the writer had not observed how well some perform outside in many parts of Otago and Southland.

With wine grapes, berries are usually smaller as better wine is supposed to be produced when there is a higher skin-to-flesh ratio. The ideal table grape, on the other hand, aims for maximum sweet flesh on a thin-skinned berry.

Most named cultivars suitable for the home garden are derived either from the European species Vitus vinifera - Thompson Seedless is perhaps the best-known - North America's V. labrusca (Concord, for example), or hybrids of the two. 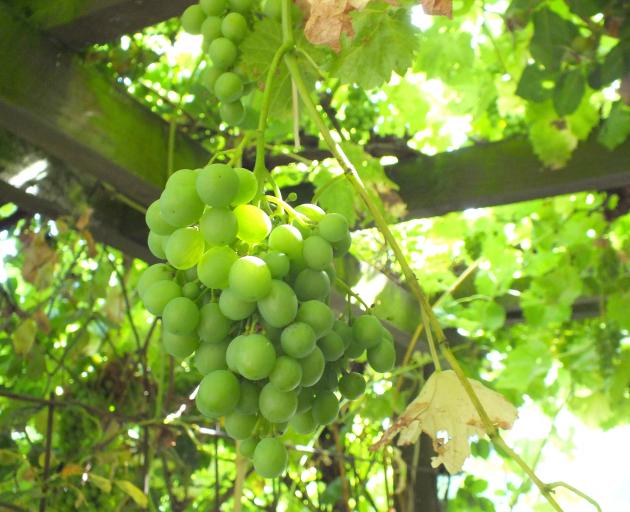 White grapes on a pergola in a Roxburgh garden.
V. labrusca is hardier, but both species tolerate cold winters. The problem is that in spring, when the vines flower, the blooms can cope with temperatures no lower than 0degC or -1degC, and baby fruit is even more cold-sensitive. Frost protection or choosing later-flowering varieties helps overcome the issue.

The vigorous, disease-resistant black Albany Surprise is one of the best for outdoor cultivation.

Colin Weatherall, of Milton, thinks that is what he has. The reason he is unsure of the variety is that he was given an unnamed cutting nearly 30 years ago by another Milton grape aficionado, Mel Tapp.

Colin still has his original vine and several years ago took a cutting to plant along the northeastern wall of his house. It now stretches some 30m and produces impressive crops of near-black fruit that ripens in mid-April. 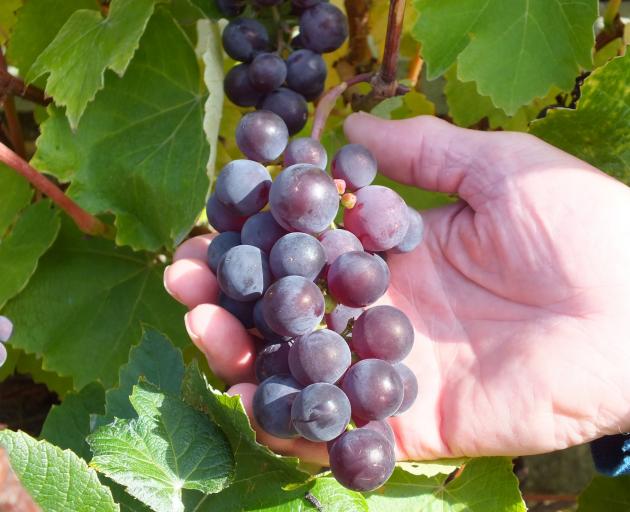 When grapes are half ripe, watering the vine can cease.
His best crop from the two vines was 250kg, five years ago, by which time he was well into wine-making. Self-taught, he has been making wine for 14 years and his efforts have won him about 800 awards.

Other choices for outdoors in the south include red-berried Canadice, white Niagara, pinkish-skinned Iona and black, heavy-cropping Schuyler.

The other way to grow table grapes is under cover. The Victorian practice was to plant the vine outside and thread the stem into the glasshouse.

Black Hamburg is probably the best black grape for a greenhouse or tunnel house, while Thompson Seedless is a premium white grape.

Whether grown indoors or out, gravelly soil that drains well is needed for grapes, whose deep roots need to be able to work their way down. Enhance the ground with plenty of fertiliser, although I'm not sure about following the example of the Southland gardener who buried a dead sheep and planted her grapevine on top.

That doyenne of Central Otago garden writing, Glad McArthur, once described how her father would send her to Rabbit Board camps to collect burnt bones to bury by his grapevine, a time-honoured way of giving it an annual boost.

Outdoor grapes need a north-facing site to give maximum sunshine, as the more sun, the sweeter the fruit. Vines under glass should be grown with equal light reaching both sides of plants.

Although winter is the time to prune and create an open shape for air to flow, there are summer tasks, too. As grapes develop, trim each shoot at the second or third leaf beyond the bunch and nip out any laterals. 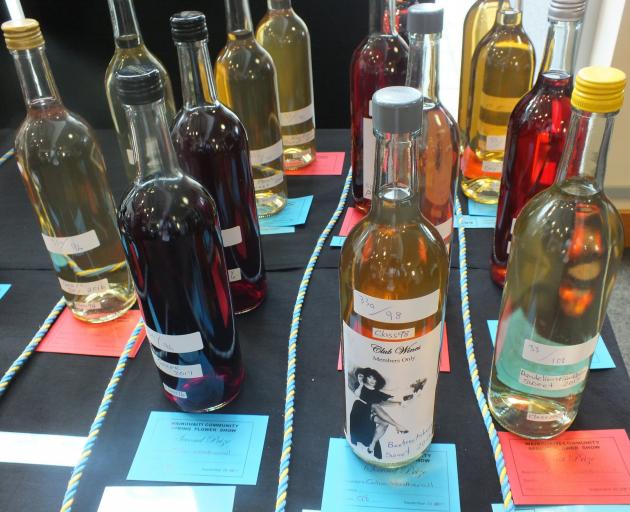 Some table grapes can be used for wine, as Colin Weatherall has demonstrated.
Grapes need steady moisture until the fruit is about half-ripe, when watering ceases. Cover to prevent bird damage.

Glad McArthur's grandparents grew outdoor grapes, siting them against plastered walls painted with tar to trap and hold the sun's heat. A sheet of black polythene would do the same, while white stones under the vine helps reflect light upwards.

Mildew is the main problem, especially if insufficient air circulates, and can be controlled by spraying. Phylloxera, or vine louse, is a tiny insect that kills vines by attacking their roots. Happily, many grapes are grafted on to phylloxera-resistant rootstock and garden centres will be able to advise if this has been done.

Grapes are usually planted in late winter or early spring, so stock is trickling into stores now. Expect to pay $20 to $40 for a vine.

Happily, grapes are self-fertile, so a single vine will bear fruit, getting into full production after four or five years and continuing to produce fruit for a century or more.