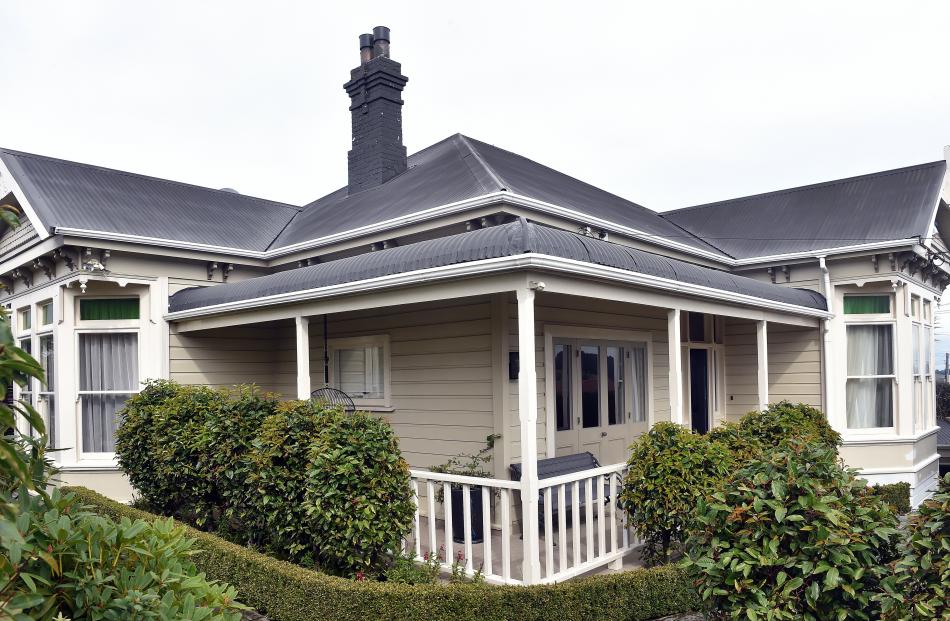 The owners of the Dunedin villa have renovated extensively but been careful to retain the original features. Photos: Peter McIntosh 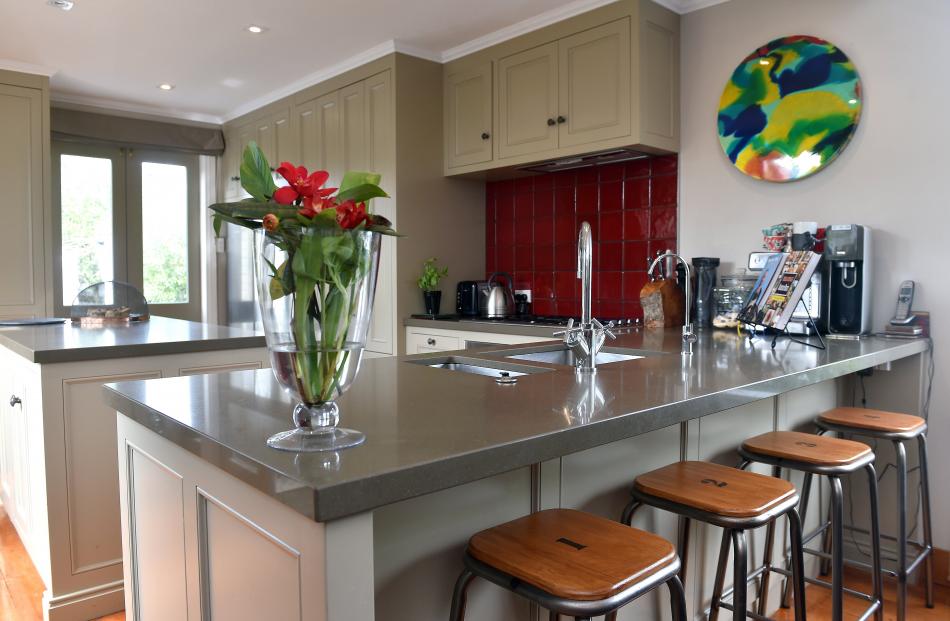 A keen baker and cook, Mrs Chiles wanted a functional kitchen "where everything was easy to access and put away and surfaces were easy to clean up". Photos; Peter McItnosh 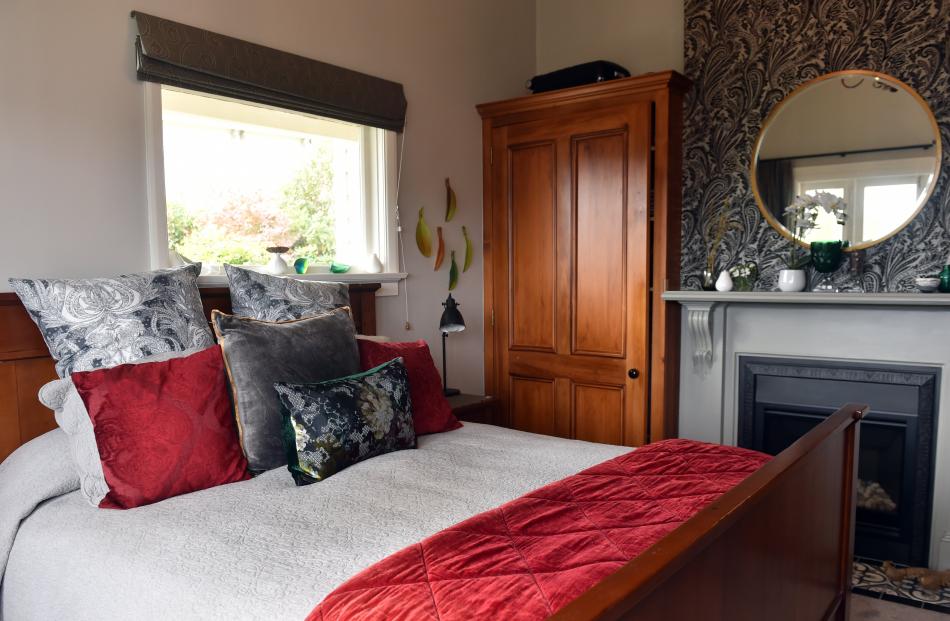 The gas fire in the master bedroom is surrounded by a painted wooden mantelpiece. The black felted wallpaper features a paisley pattern. 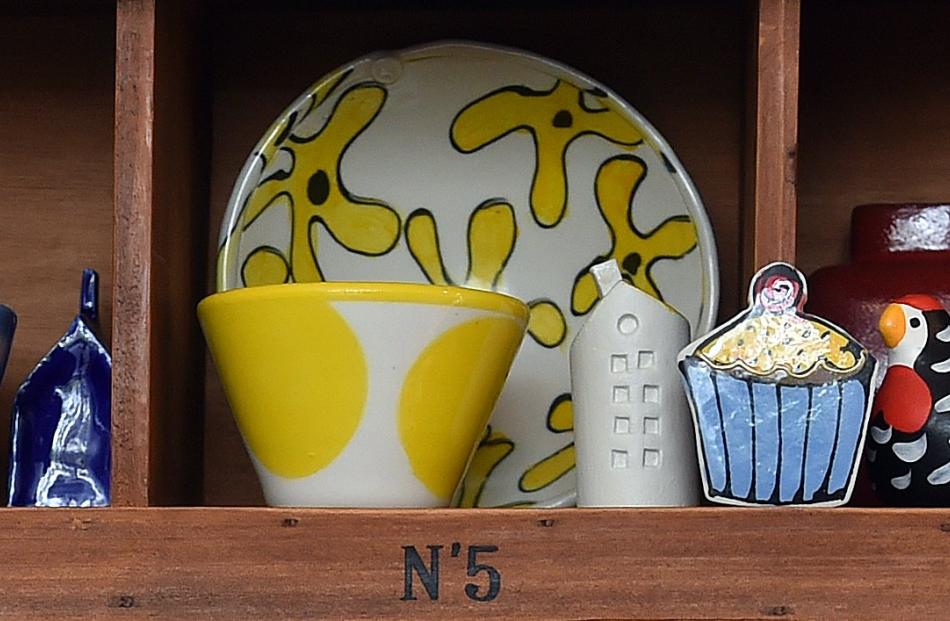 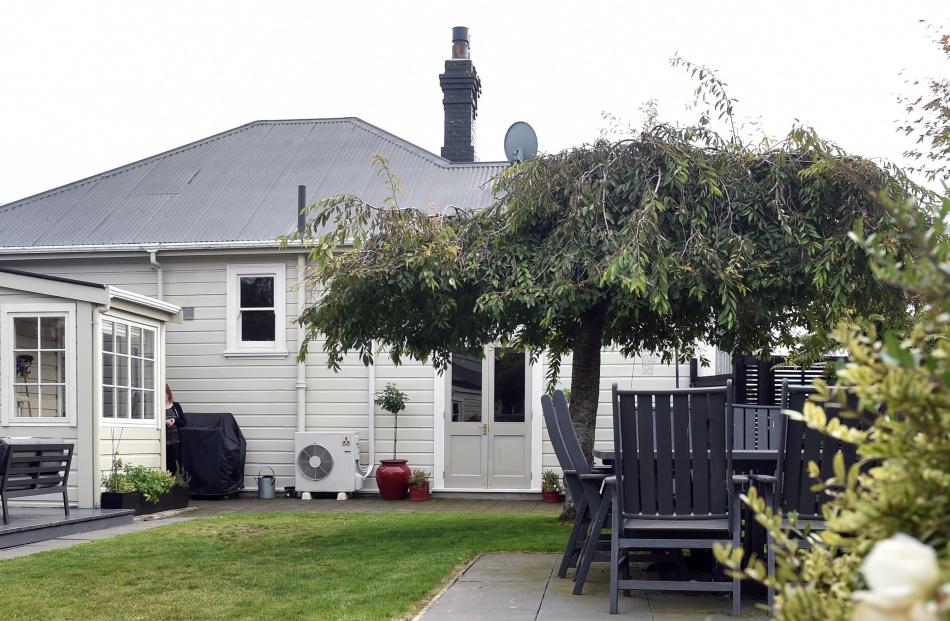 The cherry tree in the back section was there when the Chiles arrived but almost all of the garden has been replanted. 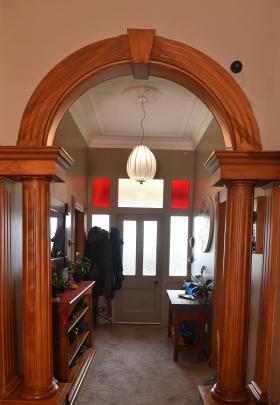 Dark shellac varnish was removed from the arch in the hall and the chandelier was commissioned from Whanganui glass artist Katie Brown. 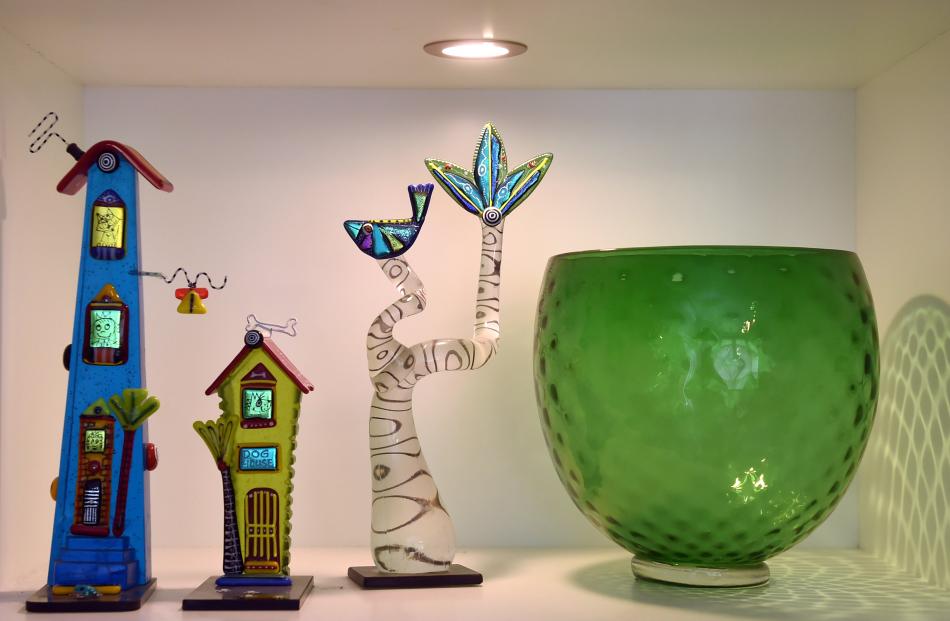 Kathy Chiles has been collecting hand-blown New Zealand art glass for more than 20 years. "I love the intense colour and the really fluid nature of it," she says.

The owners managed to retain the black, arch-shaped fire surround in the living area by having their new gas fire positioned behind it. The hearth tiles have a quatrefoil pattern that references the pressed tin ceiling. The painting is by Wellington's... 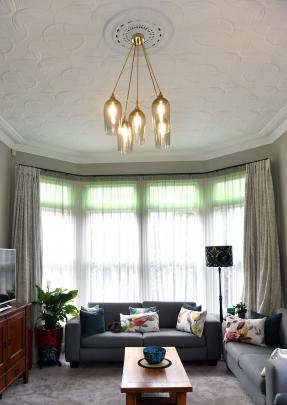 The pressed metal ceilings were one of the features that attracted the owners to the house. The chandelier is by Auckland glass-blowing studio Monmouth House.

"You can tell I’m not a minimalist," Kathy Chiles says as she holds up her most recent buy — a double-handled urn from the 1900s.

The rustic vessel holds dried palm leaves that she has spray-painted in her favourite shade of green but it might not stay that way for long.

"I’m always changing things around to keep it interesting."

The home that Mrs Chiles shares with husband, Greg, and son, Matthew (11), is full of colour and character; bold pottery, cushions and artwork sitting alongside a collection of hand-blown glass in vibrant hues of red, blue, yellow and green. 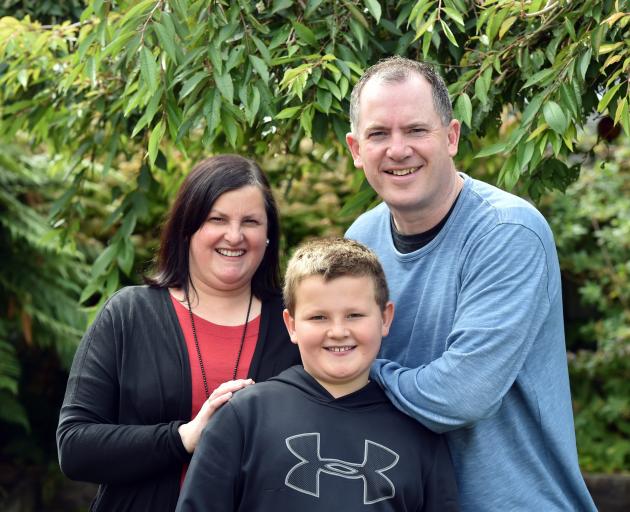 Kathy and Greg Chiles with son Matthew (11). Photos: Peter McIntosh
Sixteen years ago when the Chiles’ bought their Edwardian villa in the Dunedin suburb of Belleknowes, they were drawn to its character, large section and sunny, north-facing position.

Mr Chiles flatted across the road and knew the owners. Seeing the owners at an open home and realising they were keen on the house they were inspecting, Mrs Chiles suggested she and her then-fiance buy their villa.

"We’d been in here once and I’d really, really liked it," she explains. "So we approached them and they told us to come around the following night for a wine. We signed it up there and then. It was literally that easy."

One of the big attractions was that the layout of the house had not been "messed around" and original features such as the fireplaces and pressed metal ceilings were still intact.

A return veranda wrapped around the north side of the three-bedroom home and the big, flat section was ideal for games of cricket and soccer. 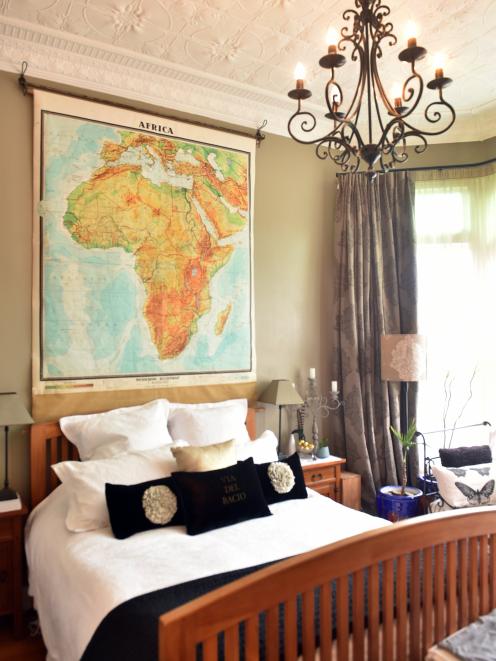 The first thing they did was to strip an extremely dark shellac finish from the arch, architraves and doors in the hallway, which instantly made the entrance much lighter, says Mrs Chiles, an interior designer and the owner of Inspired Interiors.

"Between Greg and I, we would have spent in excess of 100 hours stripping back all the wood with wire wool and wire brushes, only to discover that under the shellac there was a pigmented primer that completely covered what was underneath. It was a way of ‘modernising’ it, I guess, so you didn’t see any of the grain coming through."

The caustic paint stripper required them to glove up and wear breathing masks. The brown residue from the varnish stained the carpet. But underneath they discovered "lots of gorgeous kauri and rimu".

Next they gutted the kitchen-dining area where a royal blue bench and creamy yellow walls were a throwback to the 1980s.

For 10 weeks, the couple cooked at their dining table, using a microwave and an electric wok. Mr Chiles, an accountant and chief financial officer, dug up the cork tiles with a spade, finding heart rimu tongue and groove flooring beneath. French doors were installed to provide a greater connection to the garden.

After renovating the bathroom, re-carpeting and making over the garden, the couple turned their attention to the living room and the master bedroom where they had gas fires retrofitted in the original back-to-back fire cavities.

In the bedroom, they installed a wooden mantel that they had bought on TradeMe and had in storage for 14 years. The fireplace there had been given a "1950s re-do", Mrs Chiles says.

"It was cream tiles with a slab of rimu on top. I wanted to put back the character that had been stripped out."

"We smashed the raised hearth with a sledgehammer, then took out the firebox and behind that was all the fill from what had been there before."

"When we pulled the facade off, all this rubble came tumbling down and we had to shovel it out."

In the living room, they wanted to retain the black, arch-shaped fire surround so rather than cutting into it to accommodate the fascia of the new fire, Escea staff installed the fire behind it. Wooden beading, secured to the surround with screws, keeps the cast iron plate in position.

The focal point of the living room is a custom-made white shelving unit that houses Mrs Chiles’ New Zealand art glass. Wanting a montage format, she measured each piece of glass and planned each display "box" around what she was going to place in it. Collected over 23 years, the 120 pieces include bowls, perfume bottles, tumblers and vases.

Walls throughout the home are painted in earthy, taupe-grey tones, a neutral backdrop for the colourful styling. The green of the stained-glass living room windows is repeated in the many indoor plants that include peace lilies, fiddle leaf figs and bromeliads.

Mrs Chiles says while her own home combines vintage and contemporary elements with a slightly "tropical feel", she would not replicate that in clients’ properties as every home should reflect the owners’ individual style.

Although she is "really happy" with the way the house has turned out, she plans to repaint the hallway in a "less muddy" colour and the exterior will get a new paint scheme later this year.

"I always have some mini project on the go."