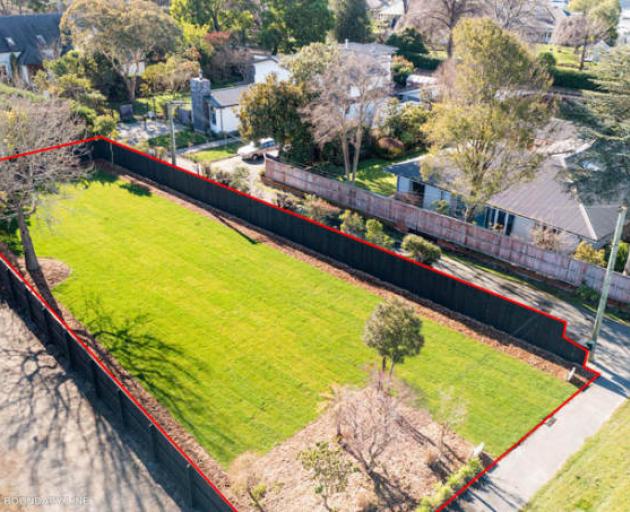 This 610sq m empty section in Fendalton attracted a lot of heat at auction last week. Photo: Supplied
In Christchurch’s most expensive neighbourhood, buyers are prepared to pay extra for empty land.

Last week, a 610sq m bare section in Fendalton sold under the hammer for $1.22 million – nearly double its rateable value and $400,000 more than what it sold for two years ago.

The sale price is all the more remarkable because when the Daresbury Lane property changed hands in 2019 it had a two-storey four-bedroom house on it.

Bayleys agent Adam Heazlewood, who marketed the property this time around, told OneRoof the vendor had been planning a development on section and as a result had removed the house.

"Land values have moved so much in the last year and that's why the sale price was more without the house than with the house," he said. 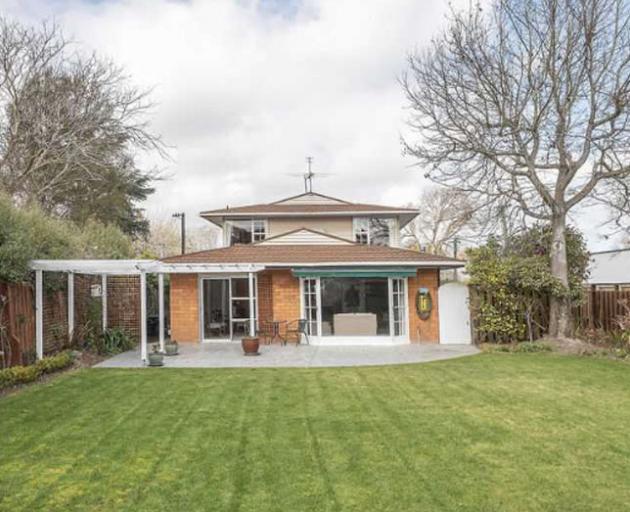 The Daresbury Lane property when it had a house on it. Photo: Supplied
The sale price worked out to be $3000 per sqm, a definite high for the suburb, Heazlewood said.

"There have been sales recently of $2000 per sqm but land value have risen about 30% since the last national lockdown and this area definitely has the most high-end homes.”

Heazlewood said the auction had attracted four registered bidders, and that the buyer was looking to build high-spec house on the section.

The agent said that sales activity had remained high during alert level four in the city, with four out of five Canterbury properties brought to auction by Bayleys last week selling under the hammer, with the fifth receiving an offer soon after.

“Confidence has not dipped one ounce that’s for sure,” he said. 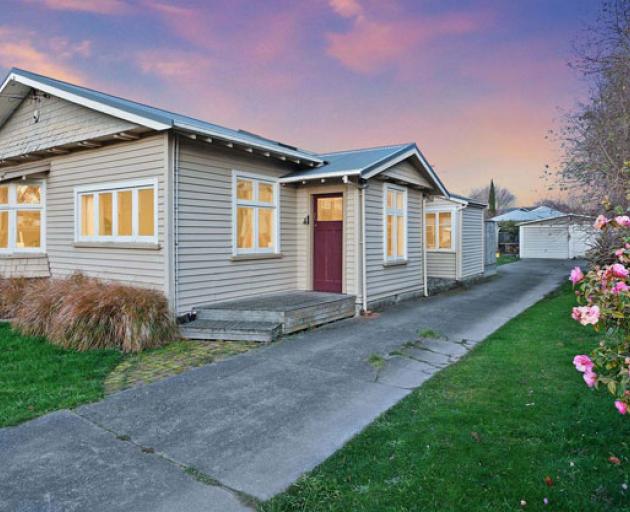 A Papanui bungalow sold "as is" fetched more than $1m at auction. Photo: Supplied
Chris Kennedy, managing director of Harcourts Gold in Christchurch, said his agents had seen a spike in buyer enquiries during alert level four.

“Some people have had more time on their hands. Auction activity is still very strong,” he said.

Kennedy said that five bidders last week competed to secure a three-bedroom home on a 900sqm section in Papanui after a strong offer brought forward the auction.

“This property was an ‘as is’ bungalow in its uninsured state, so it was more about the land, although it was rented,” Kennedy said.