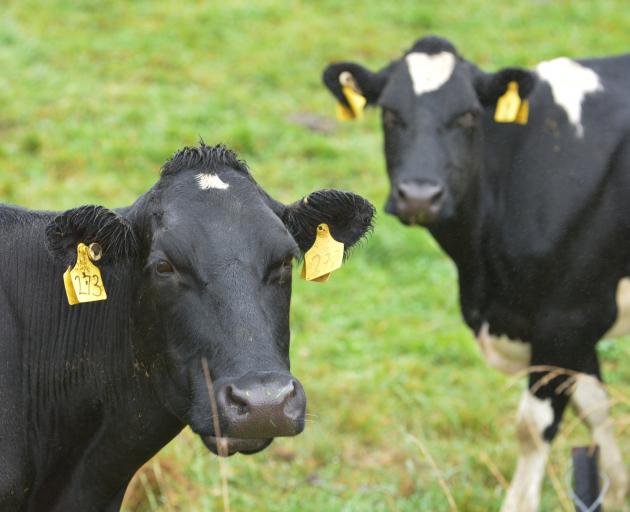 Nitrogen fertilisers have allowed much higher stocking rates than would otherwise be possible. But at a cost. Photo: ODT

We can’t go on milking the environment for all it’s worth, Mike Joy tells Tom McKinlay.

Freshwater ecologist Mike Joy has a story for all those cities and towns beset by troubled drinking water standards; the list of which now appears to include Mosgiel.

It’s a story about New York, a city that in the popular imagination doesn’t sleep, but where you can drink the water, day and night.

"They were running out of water and the water quality was poor and so they had two ways forward," Dr Joy says of the Big Apple’s water headache of 20 years ago.

"They could upgrade the treatment and spend millions and millions of dollars every year on treating stuff or they could go up to the catchment and protect it."

They chose the latter, bought out livestock farmers, despite a "hue and cry" from some of said pastoralists who proclaimed it the end of the world. Instead of disaster, what has happened is that water quality in the city is now top notch, and within no time at all alternative land uses have sprung up in the catchment, fruit and nuts trees were planted, land values went up as people wanted to live there. And all this from the one-off cost of buying out the livestock farmers. 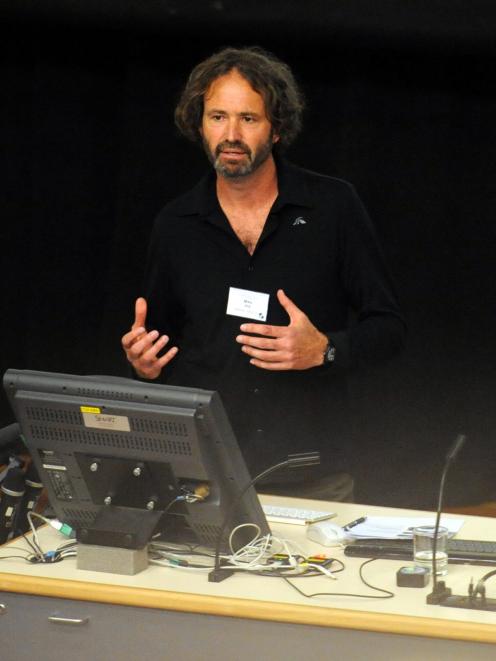 "You don’t have to pay any more and you have this lovely clean water for the rest of your life," Dr Joy sums up.

We in New Zealand, on the other hand, have tended to take our pristine catchments and filled them up with cows. The price the country is now paying includes in health outcomes, as outlined this week in a report into Havelock North’s water-borne disease outbreak.

"What I am worried about with this, is that we will just take the industrial approach, which is just to put more chemicals in to treat it," Dr Joy says.

The costs then will accumulate in perpetuity, as clean-up and treatment becomes a legacy.

The news that Mosgiel is moving away from bore water, as a result of concerns about faecal matter, or indeed that there is alarm Otago Harbour might be hit by algal blooms due to warm water temperatures turbo-charging its nutrient load, surprises Dr Joy not at all.

It’s happening up and down the country, he says. In the Massey University-based Dr Joy’s neck of the woods, the Manawatu River, primed for trouble by run-off and discharge, is struggling.

"All of these problems that we have are exacerbated when you have low flows and high temperatures ... All of the things that are going to come with climate change."

It is making connections between the now familiar domestic problems of water quality and industrial farming and the big picture international challenge of climate change that Dr Joy will be talking about during a visit to Dunedin next week.

His talk, "The Future of Food: Our deadly nitrogen and fossil fuel addiction", joins the dots between farming’s reliance on fossil fuels, it’s use of synthetic nitrogen fertiliser and a warming world.The fertiliser that allows dairy farmers to green the Mackenzie Country and maintain high stocking rates elsewhere is produced by the Haber-Bosch process, discovered by a pair of German chemists last century. The process uses fossil fuels, in the form of natural gas, to create ammonia-based fertiliser.

Unfortunately, half of the nitrogen in the fertiliser is lost to the environment following application, much of it ending up in waterways. Nevertheless, it has supported a global explosion in livestock numbers, which in turn has driven land clearance and biodiversity loss, and now contributes a sizeable chunk of all anthropogenic greenhouse gases. New Zealand’s imports of synthetic nitrogen have jumped from 58 tonnes in 1990 to more than 600,000 tonnes in 2016; and we make a third as much ourselves as well.

The Stockholm Resilience Centre says human activities now convert more atmospheric nitrogen into reactive forms (fertiliser) than all of the Earth’s terrestrial processes combined. Of the nine "planetary boundaries" the centre has identified, the nitrogen cycle is the furthest past the critical tipping point, ahead even of biodiversity loss and climate change.

These issues are all intimately connected, Dr Joy says, and we fail to address them when we try to keep them separate: "One group of people over here looking at climate change, and these people in this room looking at fresh water impacts and these other people looking at economics, and others looking at social impacts. And missing the fact that they are all symptoms of the same problem and the solutions are the same for all of them."

Dr Joy has for years been telling the story of declining fresh water quality, how 74% of New Zealand’s native freshwater fish are now threatened, a significantly higher proportion than elsewhere. But that part of the story now needs to be linked in with other chapters so we have the whole narrative, he says. And that big picture in the New Zealand context is this: to reduce nitrogen pollution, reduce greenhouse gases and improve water quality, the answer is to reduce cow numbers.

"The solution to most of our problems is reduction, is not doing it, is doing less, stopping growth just for growth’s sake."

Dr Joy is plotting a way towards that goal as part of Landcorp’s Environmental Reference Group, a team of environmental experts investigating ways of putting the Government-owned primary producer on a more sustainable footing.

"We are really making some changes there; Landcorp no longer uses palm kernal. We’re looking at all kinds of alternative food, we are putting together numbers around other ways of creating an income for the country that doesn’t involve animals. The only future for us is to head in that direction and that’s where I am putting my time."

And before the chorus begins its customary lament that fewer cows will mean poverty and penury for the country, Dr Joy insists farmers can make more money by cutting cow numbers.

Production has gone up, but inputs have gone up faster. While the banks might argue that more inputs equal higher mortgage repayments, Dr Joy says that is not true for biological systems.

"It doesn’t work like that with a biological system, with a farming system, you get to a plateau where it doesn’t produce any more when you chuck more stuff on."

Meanwhile, around Rotorua, farmers are being paid millions not to farm, in order to save on the cost of removing their nitrogen from the region’s lakes. The economics are already unstuck, he says. For the future, plant-based alternatives to dairy products are on the rise, likely heralding decline for an industry already facing stagnating milk prices. Change might be timely.

Winding back dairying will not result in empty deserts where productive pasture once was, Dr Joy says.

If we don’t change, the costs will come anyway.