Loath to move back to centre 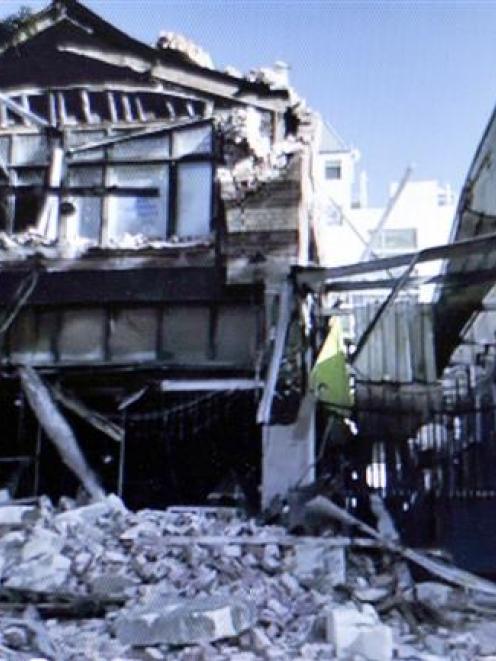 Mr Thomson who, with partner Anita Cessford owns four Acquisitions gift stores in Christchurch, has chosen not to pursue reopening in the centre city after the building he was leasing in City Mall was destroyed in the February earthquake. It had already been condemned before then.

Instead, he has opened a store in the Richmond Mall near Nelson.

Mr Thomson believes there will be "a lot of push coming to shove" in February when central city businesses' business interruption insurance runs out.

He expected many of the commercial businesses would be asking "What would take us back?" to the central city. They had already spent money fitting out offices in the suburbs where it was pleasant and customer parking was easy.

As a former retailer in the area he felt it would be hard to justify the expense of returning "not knowing if you' re going to have customers".

The council had surveyed people about the buildings they wanted in the central city, but that was not the fundamental issue. New buildings would be built to "stay up", but it was a matter of whether commerce would show any interest in returning to the centre city.

• Business owner Richard Thomson showed he had not lost his sense of humour after the February earthquake in Christchurch last year, sending the following tongue-in-cheek "advertisement" to the Otago Daily Times several days after the earthquake. The store shown in this photograph had already been closed following damage from the earlier Boxing Day earthquake.

The "advertisement" read: "This is our new Acquisitions design currently being trialled in our City Mall store. It is designed to keep the riff raff out [comes with its own cordon including tanks] and is designed to attract only the committed shopper. It is an exciting new development for us. To be fair, results since it opened on Tuesday have been patchy [well zero sales actually] but it has attracted a lot of media attention from all around the world. It is obviously going to take a little while before shoppers get used to it but we are predicting big things. In case it doesn't work we are also currently trialling in four other locations the "shelfless shop". This is one where all the product is just placed on the floor. We see this as cutting down immensely in fit-out costs and merchandising staff time. Haven't quite got those ones open to the public yet so too early to gauge how these will go compared to our more outdated Dunedin, Timaru, Wellington and Auckland models."