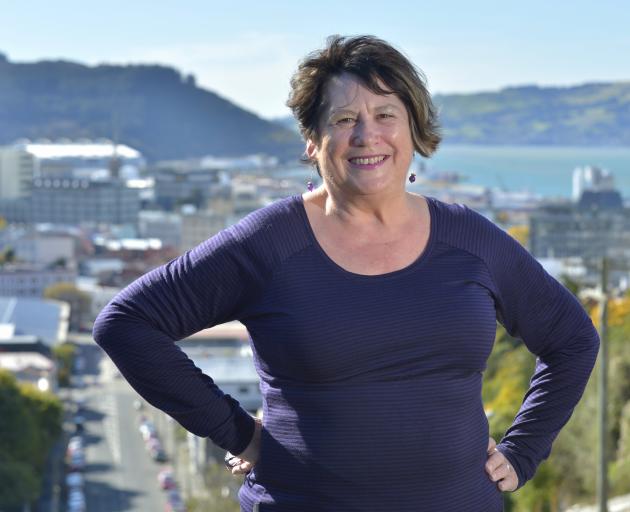 Poetry fires the passions, of this we have material proof.

In response to the publication of nine short lines of poetry last year, the Otago Daily Times received a letter fulminating against "banal" poems, garbage, drivel.

"I suggest you change the name of the column to `Weakbeginning Weakmiddle and Weakend Poem'," the unsigned letter finished, referencing the Weekend Mix's weekly Weekend Poem.

And the few short lines in question even contained a rhyming pattern, the absence of which can often be the cause of such apoplexy. A second smoking missive by the same hand did later take issue with a poem that did not. Rhyme that is.

Poetry. It is not for the faint-hearted.

Perhaps that explains, in part, why the Otago Daily Times is on to its fourth poetry editor, Diane Brown, who has this week taken up the pencil, replacing fellow poet Sue Wootton in the role. The position has previously been held by Brian Turner and Emma Neal.

Like her predecessors, Brown (MNZM) comes more than well qualified. Indeed, her membership of the New Zealand Order of Merit is for services to writing and education.

She has held writing fellowships and won the Janet Frame Memorial Award, in 2012. Among her publications are two collections of poetry, two novels, a travel memoir and a work mixing prose and poetry, Here Comes Another Vital Moment.

Her latest book, Taking My Mother To The Opera (2015), "is an extended poetic family memoir, in part about post World War 2 domestic life and the ageing of parents".

In between times, her poetry has appeared in journals including Landfall and the NZ Listener.

Perhaps it is her years as a teacher of creative writing that means Brown is sanguine about the paper's poetry correspondent.

"He's obviously engaged with the poems," she says with a chuckle of the "Weakend" warrior.

Or maybe it is just that she has been here before.

When Brian Turner was poetry editor, he enlisted Brown's help in addressing the question of rhyming in poetry, in response to some reader feedback, she says. It's a hoary one, that one.

"Obviously not everyone is going to relate to every poem that they read. But I suppose you could say, to be open-minded about it," she suggests.

"And you might say, `why has this particular poem been published?'. `What is it doing here?' Because I have had many arguments over the years with people about free-verse poems.

"If there is something that they really don't like: why do they dislike the poem? `Is it the poem or is it me?"' Brown suggests with a shriek. "Is it pushing some button that I don't wish to have pushed?"

Rounding out her musings on rhyme, she offers that her father wrote verse that did. It's not entirely clear what sort of qualification this is.

However, poems of every stripe and metre will be welcome for consideration, Brown says of her editorship.

But she has some tips, some of which are set out in her poem "The Mix Poem Manifesto", on page three of this magazine.

You have to be aware that it is in the Saturday paper and for a mixed audience, she says.

Which is not to rule out the obscure or quirky.

"In other words, that it takes you on somewhere that you might not have gone otherwise. Or makes you look at things in a different way."

As "The Mix Poem Manifesto" puts it: "Consider nourishment / for the heart and mind".

Crucially, Brown recommends those who would write poetry, read it.

"There are a lot of people who write poems but they don't actually read other people's poems. And so I will be hoping to get poems from people who read, so you have some idea about what is happening today. I suppose I am looking for poems that kind of reflect what it is, in the main, to be living in this area in 2018."

Brown and her partner, the writer Philip Temple, read poems to each other to start their day, almost every day. And talk about them. It's good to start the day, she says, with a little food for thought.

Political poems are to be encouraged, Brown says. She contributed to a collection of political poems last year, Manifesto Aotearoa: 101 Political Poems, hers poking the phenomenon of online petitions.

And love poems too, she says, when prompted.

The first poem you come to on the poetry page of her website is the love poem "Follow me if you will", sent to her partner Philip Temple, before they were partners.

The same page describes how when she was 19 and newly married, she used to "sit in the branches of a willow tree writing poetry".

That's not the advice she proffers to budding poets now. Rather she quotes the advice of British poet Glyn Maxwell, who talks about the four elements that go into a poem.

The first is the meaning of the poem on the surface of it, the "solar" element.

Brown is quick to clarify that some poems don't have meanings.

The second is the underlying message or meaning that goes between or underneath the words. That is the lunar element. It includes things such as words with double meanings, myth and deeper meaning.

Not all poems have that, either, says Brown.

Musicality is Maxwell's third element. What a poem sounds like is important, Brown says.

Then as an aisde: "I hope that doesn't attract a whole lot of rhyming poets".

A poem need not have rhyme to have some sort of music about it.

"It has to have rhythm, in some way ... You have to think about the line and where it finishes to get the sound right."

Finally, there is the visual element.

"Because a poem is about the white space between the words. The white space is part of the poem. I don't know that people always think about that."

As for Brown herself, she is nearly finished a new book: Every now and then I have another child.

The book had its origins in a dream, so Brown concedes it is a bit weird.

"There are babies involved that come into this woman's life, and a doppelganger. So I am trying to work out what is going on.

"I am enjoying myself anyway."

And after that she has plans for a project exploring the history of her maternal line.

While she is busy there, there seems little chance of a poetry deficit in Dunedin, the place is packed to the gunwales with poets, she says.

"There are a hell of a lot of poets in Dunedin, and my belief is that it is because we are economic refugees. Because you don't earn much money being a poet and you can live here more comfortably than anywhere else."

And besides, it is a good place for poets: a university town with good beaches and assorted landscapes.

The City of Literature accreditation has helped too.

She has heard of another couple of poets arriving just recently.

"This is an allowed activity here."