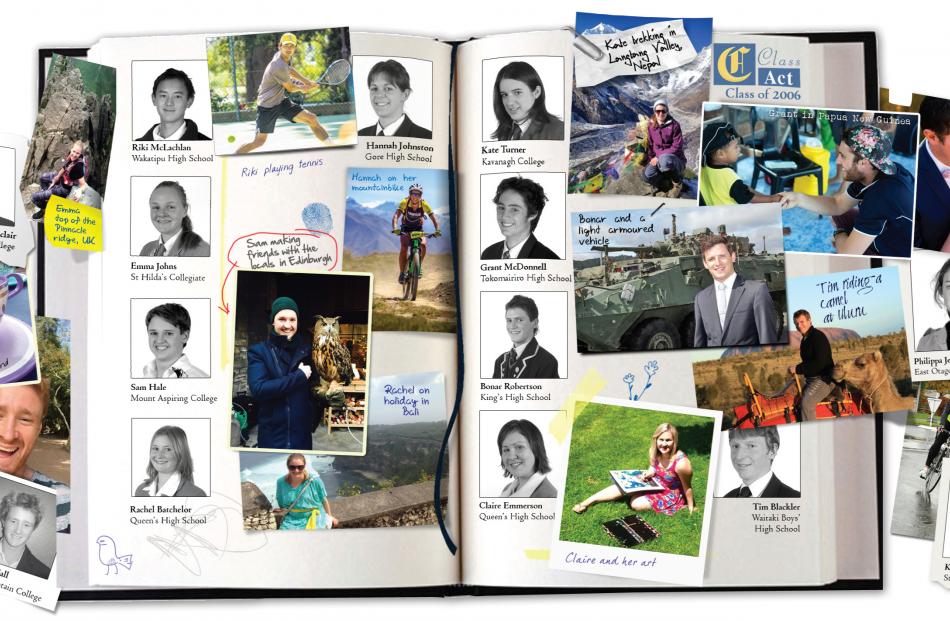 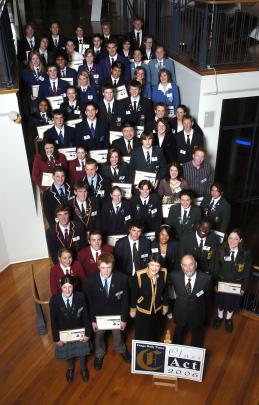 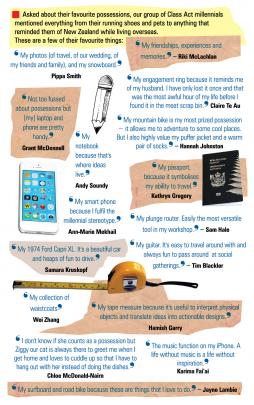 In 2006, then prime minister Helen Clark presented 55 of Otago’s top high school pupils with Class Act awards. Ten years on, Kim Dungey finds out where the young achievers are now and what they have been doing.

The Otago Daily Times annual Class Act awards began in 2000 as a way of celebrating the excellence of the southern region’s young people and recognise achievement in many fields, including academic, cultural and sporting ability.

A look at the recipients

Ten years on, the 2006 group is beginning to fulfil its early potential.

Marie Hodgkinson, whose boutique publishing company has produced award-winning books, is one of several with their own businesses.

The former pupils — selected by their high schools — also include the lead writer for an American children’s television programme, an airline captain who operates in some of the world’s toughest flying conditions and a research officer working to limit the spread of Zika and other infectious diseases.

One woman worked on amendments to the national regulations that set out how potentially contaminated sites should be managed.

Another is playing a part in construction of a £1.3billion ($NZ2.34billion) bridge that is Scotland’s biggest transport project in a generation.

Dancer and choreographer Anna Noonan created work for the Edinburgh Fringe Festival and, until her death last year, Louise Jull was one of New Zealand’s top extreme kayakers.

Now aged in their late 20s, the 55-strong group lists war, terrorism and the refugee crisis as some of the most important issues facing the world, with housing affordability a major concern closer to home.

Rachel Batchelor is one of only 15 to have entered the property market and the only one to do so in Auckland, where average house values have climbed towards the $1million mark.

She and her partner recently bought on the North Shore, with help from family, KiwiSaver and their own savings.

Despite both being in reasonably well-paying jobs, it was difficult to find a decent property in their price range, she says.

"If your family isn’t in the position to help, [home ownership’s] not achievable, which does not seem right and will only increase inequality. The problems now seem to be spreading throughout New Zealand so it’s only going to get worse."

Beth Hamilton is still paying off her student loan but expenses such as rent and transport have been a barrier and she sees home ownership "slipping further and further away".

Chris Gourlay believes added protections for long-term tenants would reduce the pressure on people to overextend themselves to get a mortgage and provide stability to the "growing number" of families who will never be able to own a home.

He would like to see a "right to renew" a standard part of contracts and a "right to remain" come into play when a property changes hands, protecting tenants from landlords who buy and sell for capital gains.

For nine people who have bought in Otago, the road to home ownership has been less difficult.

Dave Waddell and his fiancee used KiwiSaver and the Government’s First Home subsidy to buy a former state house in Dunedin’s Halfway Bush.

"We were given 10% of its value as a grant, which was really helpful," he says.

"Housing affordability is definitely an issue but Dunedin’s one of the good places to be in terms of income-to-deposit ratio ..."

Claire Te Au and her husband rent out their Dunedin home while working in London and say mortgage payments are similar to the rent they previously paid.

Her concern is needing 40% deposit for any future investment properties they buy.

Meri Turnbull, like many, has not given up hope of saving a deposit for her first house. She describes home ownership as the "quintessential Kiwi dream".

"New Zealand rests on its laurels and manages to get by without addressing major issues because even our standards when underperforming are better than many less fortunate countries," Leith Huffadine says.

"It makes us complacent. This is disappointing because our country has the potential to be a world leader and role model in many areas. We’ve proven ourselves to be unique, determined innovators before and we should continue to do so without settling for the easy route."

Eight of the "class" are married but only two are parents, many saying they want to have children within the next few years but it is not a priority at present.

About a third live offshore and almost all have spent time overseas in the past decade.

They include Tim Blackler whose work as an exploration geologist saw him trekking up to eight hours to remote locations in the Solomon Islands.

Sonya Lewthwaite taught at a primary school in Iraqi Kurdistan before volunteering at a monastic community in France, then cycling to Athens 4500km away.

Jayne Lambie lived in a squatter community in Manila, while Ben McCall taught water-skiing at an American summer camp, then took a "10,000-mile" road trip through 36 states, followed by travels in Thailand, Cambodia and Vietnam.

The former pupils say such experiences were "eye-opening", "character-building" and gave them an appreciation for the many things taken for granted in New Zealand.

For television reporter Karima Fai’ai, who is of Samoan descent and was raised in Gore, shifting to the opposite end of the country was also a revelation.

Moving to a big city and the largely Pacific area of Manukau was overwhelming at first but he has grown to love the region and its people: "It’s a place with such a strong sense of community and vibrancy, far from the stigma that haunts it. The experience has also ... complemented my southern upbringing by giving me a broader understanding of certain socio-economic issues"

As they strive to strike a balance between their jobs and their personal lives, many of the group are finding time for volunteer work and sport.

Rachel Batchelor says walking non-stop for 28 hours to raise money for Oxfam earlier this year gave her a "good insight" into what her body is capable of.

Hannah Johnston  took up cycling and running, then decided she wanted to do a half-ironman so learned to swim.

She has since competed in the XTERRA triathlon world champs in Hawaii and thinks her greatest achievement since leaving school is not settling for a life she is not happy with: "I travelled when I wanted to, even though it meant putting my engineering career on hold, and now I have a work-life balance that means I can still advance in the engineering industry as well as push my limits in triathlon and multisport racing."

Doctor Ann-Marie Mekhail says her biggest accomplishment has been picking up a missed diagnosis of liver failure in a child — "he would have become dangerously unwell had we not treated it" — while surgical registrar Sam Hale is proud of having research cited in Gray’s Anatomy and completing an ironman event but says getting his girlfriend to marry him "tops the list".

Becca Barnes says her main achievement has been continuing to write screenplays, even when initially it seemed she was making no headway.

Now lead writer for Power Rangers, she still works on personal writing projects at her local food court, explaining that the white noise of people helps her concentrate "and nobody can say no to three onion bhaji for $2.50".

Like many from the class of 2006, Barnes says her work, financial stability and travel are more important than having a family at present and she can’t see herself ever being in a position to buy a house in Auckland.

But she is grateful for the progress she has made.

With increasing inequality, people in fortunate positions can be quick to place blame on those having problems "rather than on a system that led them to fail in the first place", she says.

"I consider myself very lucky to be in my career, but I had a fantastic, supportive family who gave me every opportunity. Other people aren’t so lucky and I don’t think that is taken into consideration enough."

• Read about this year’s Class Act recipients in a special publication in the Otago Daily Times on Monday.