Where are they now: Rebecca Grant 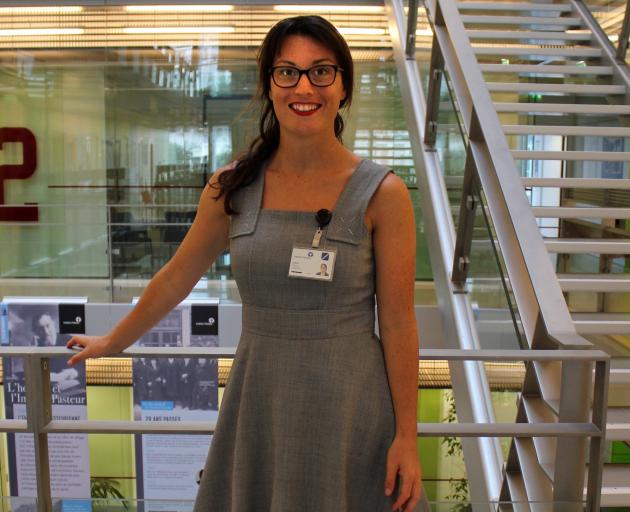 Rebecca Grant at the Institut Pasteur, a non-profit foundation that has been at the forefront of the battle against infectious disease for more than a century. In her first weeks there, she met Dr Francoise Barre-Sinoussi, the French virologist who, along with her colleagues, was the first to isolate HIV, the virus that causes Aids: ‘‘It’s a privilege to be able to work in the same institute as [her] and countless other, internationally renowned scientists ...’’ Photo supplied.
Rebecca Grant, formerly of St Hilda’s Collegiate School, is a research officer for the Institut Pasteur Centre for Global Health in Paris. Grant helps develop long-term projects across the 33 research institutes within its international network, including an antimicrobial resistance surveillance project. She is also involved in its outbreak investigation taskforce, which responds to emerging and re-emerging infectious disease outbreaks such as Ebola and Zika.

The problem with antibacterial resistance is two-fold.

Firstly, there is a problem of demand, through inappropriate prescription of antibiotics to treat infections, bacterial or other.

At the same time, antibiotics have been widely used in animal production to promote growth. 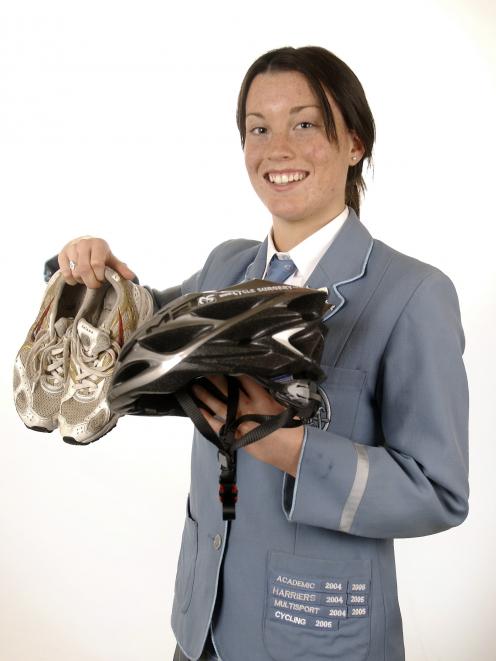 This . . .  means that bacteria in the environment are exposed to a larger number and greater concentration of antibiotics in a way that the accelerated spread of resistance is somewhat inevitable.

Secondly, on the supply side, there has been a stall in antibiotic discovery and development over the past two decades, leaving fewer and fewer effective drugs to combat resistant strains of bacteria.

Developing new drugs and antibiotics is therefore only part of the solution.

This must be accompanied by global public behaviour change in relation to the use of antibiotics, the end of the misuse of antibiotics in animals, improved surveillance and monitoring of resistance, not only in humans, but also in animals and the environment, and the development of enhanced clinical diagnostic tools to ensure appropriate drug prescription.

This multifaceted approach must be applied to the way in which we use all antimicrobial drugs, not only antibiotics, as resistance to front-line drugs for malaria, tuberculosis and HIV continues to spread around the world . . .  A recent report, commissioned by the Government in the United Kingdom, estimates that failing to act to control antimicrobial resistance will account for 10 million deaths per year by 2050 (higher than the current rate of deaths attributable to cancer), with a cumulative loss to the global economy of US$100 trillion across a 35-year period.

The nature of pathogens is such that infectious disease outbreaks will continue to occur. Thus, the challenge lies in improving responses to infectious disease outbreaks, in order to minimise the impact . . .  That is, improving surveillance and monitoring of pathogens in human and animal populations and being able to rapidly launch interdisciplinary responses to stop the spread of an outbreak in human or animal populations during the early stages of transmission. Unfortunately, the Ebola outbreak of 2013-16 in West Africa highlighted numerous flaws in the way the international community previously responded to infectious disease outbreaks. In the post-Ebola period, there is more emphasis on rapid, collaborative responses, as well as on efforts to strengthen weak health systems in order to prevent outbreaks escalating as they did in the recent Ebola outbreak.

Climate change is both a direct risk and a risk amplifier for public health . . . Disruption to the climate system is likely to lead to increased heat-related illnesses, worsening air quality and the spread of insect- and water-borne diseases to previously unaffected areas. At the same time, climate change has secondary effects through changes in temperature, rainfall, floods and droughts which will pose significant challenges to food production and food security. We are currently trying to understand the recent spread of the Zika virus to Latin America and the Caribbean. Prior to 2007, the virus circulated sporadically in Asia and Africa. It is thought that climate change may have played a role . . . in explaining [its] new geographic reach. As such, this may be the first of many re-emerging infectious disease outbreaks in new geographical locations.

The ‘‘one health’’ concept reflects the idea that human health, animal health and the state of ecosystems are inextricably linked. In the context of infectious disease, animals are able to act as reservoirs of pathogens that threaten human health (e.g. wild and aquatic birds have served as a reservoir for H5N1 influenza), while other animals share similar susceptibility to some diseases, enabling them to provide early warning signs for potential outbreaks in humans (e.g. West Nile virus in birds before outbreaks in humans). Finally, the concept recognises that environmental factors, such as changes in climate, or rapid urbanisation, may also play a role in disease transmission through the way in which it can facilitate pathogen-human interaction.

Responses to infectious disease outbreaks should therefore adopt a multidisciplinary, ‘‘one health’’ approach which considers all environmental and ecological factors that may influence pathogen-human interactions. The recent emergence or re-emergence of outbreaks of severe acute respiratory disease (Sars), Mers-CoV, highly pathogenic avian influenza H5N1 and H7N9, Ebola virus disease and Zika virus are all examples of zoonotic diseases, diseases which can be spread between animals and humans ...