Shot in the dark 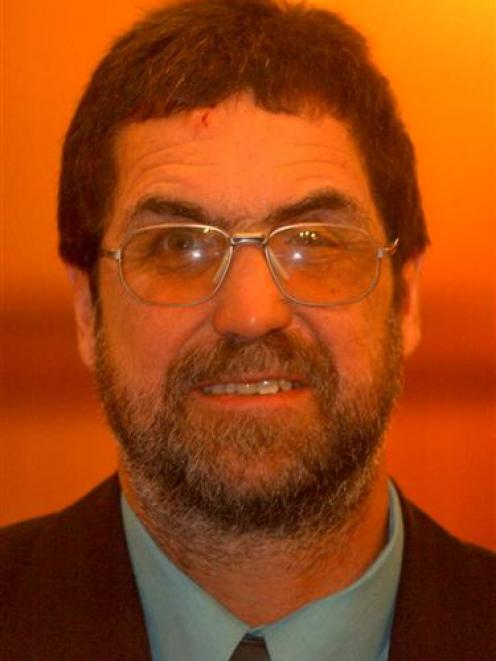 Chris Orr
Chris Orr says losing his sight in a shooting outside the Gardens Tavern in 1974 was a blessing in disguise.

"It was life-changing for me and I'm probably a better person for it."

Orr was at the tavern celebrating his 21st birthday, when one of his friends became embroiled in a fight outside with a member of a local bikie gang, the Coffin Cheaters.

He recalls hitting one bikie, who ran at him and then being shot in the face by another, who was brandishing a sawn-off shotgun.

"I don't remember the impact," he says, from his Manurewa office, where he works as community education and information manager for the Foundation of the Blind.

"But I do remember being dragged by my best mate off the road and into the carpark ... and not being able to get up."

"One guy was shot in the chest, another in the arm and a third in the stomach. I still have pellets in my head and my hand."

The December 6 shootings made newspaper headlines the next morning.

Eyewitness accounts talked of patrons using their fists to dish out justice to any "bikies" they could get their hands on, while others set fire to motorcycles in the street.

The young gunman was arrested a few hours later.

"It was a big story at the time because in those days we weren't bumping people off every weekend like we are now and guns weren't being used," he says.

"If you had a fight, you used your fists."

Before the shooting, Orr had been working on the brewing floor at Speight's - "a great job for a 20-year-old" - playing rugby and chasing girls.

"It was good fun. I wasn't an angel but neither was I a baddie."

After his release from hospital, he moved to a residential rehabilitation unit in Auckland run by the Foundation of the Blind and later the organisation offered him a job.

His special area of interest is ensuring access for blind people to public transport and buildings.

He also represented his country in the disabled ski team at the 1984 Winter Olympics.

Orr says not only did he meet his guide-dog-trainer wife through the foundation, but he has been lucky enough to have a positive influence on how life is for blind people.

"I wouldn't change the world for quids. Yes, it's been tough, but blindness is not a life-threatening disease, it's just an impairment ..."

"I've achieved much more than I probably would have if I were sighted."

The 56-year-old adds he returned to the Gardens Tavern many years ago to have a few drinks with a friend who was celebrating his birthday but never gave the shooting a thought.

"I had a lot of fun there before I lost my sight.