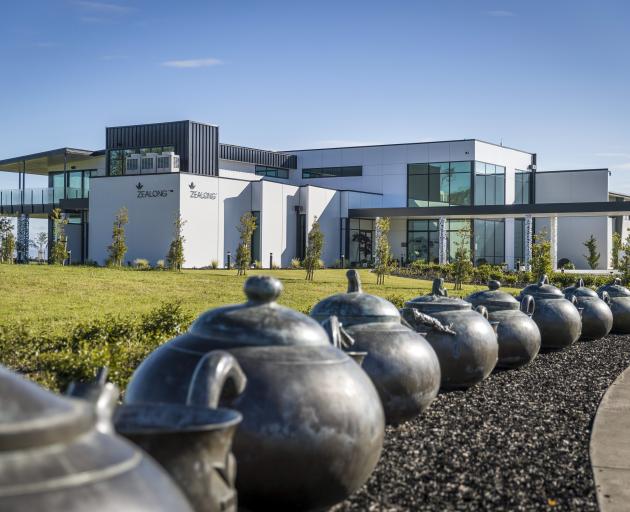 A few years back, while in the hills of central Sri Lanka, I visited my first tea plantation, and made a faux pas I’m unlikely to forget. The tour of the tea-growing slopes completed, I was seated with other guests in the plantation’s elegant tea house. As I watched my tea being poured from a china pot, I inquired, quite innocently, if there was any milk available. All chatter abruptly ceased, and when waiting staff looked at me with barely disguised sympathy, and whispered a polite but firm "No", I knew I had said something terribly wrong.

I’ve come a long way since then, and have successfully navigated the tea rooms of plantations in Malaysia, India and Georgia (the country, not the state) without making the same unforgivable error. For the fact is, fine teas do not contain bitter tannin, the flavour of which only milk can negate. This is something I made sure to remember when visiting New Zealand’s Zealong Tea Estate late last year.

A pukeko pecks with impunity at pest insects.
Zealong Tea Estate hugs the gentle slopes of a former dairy farm a short drive from Hamilton, and while it has been open for a decade, it is still relatively undiscovered by Kiwis. Up until now, it has been frequented, in the main, by overseas tourists, especially those from China, France and Germany, many of whom know of the estate through its fine teas which are marketed to discerning consumers in their own countries.

Zealong Tea Estate’s exquisitely manicured Camellia sinensis (most of which are Camellia sinensis var. sinensis) are the result of the plantation founder’s unwavering devotion to tea growing in this country. Inspired by a camellia he saw flowering in the Waikato in 1996, Vincent Chen survived the rigours of importing cuttings into a country with the strictest of biosecurity regulations. Those cuttings which survived the journey, and the painstaking process of being grown on in their new home and then replicated, eventually went on to provide the estate with the approximately 1.2million bushes it now boasts.

But interestingly, Zealong Estate’s tea camellias are not the first to have been planted in New Zealand. In the 1960s, Japanese-funded tea plantings sprang up in Motueka and on the West Coast in response to the decline of tobacco growing in these regions. The anticipated industry was a failure, however, given the salt-laden air and heavy frosts the plants had to contend with. After almost two decades of trials, the plantations were abandoned. 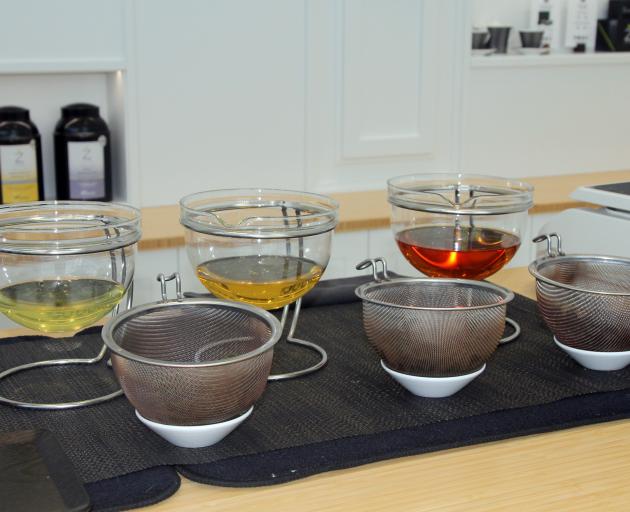 Tea tasting is every bit as enjoyable as sampling fine wines.
The Waikato, on the other hand, with its approximately 1200sunshine hours and 1200mm of rainfall annually, is a much more accommodating environment in which to grow tea. The region’s frequent fogs which filter the otherwise harsh sunlight, are also welcome, as are its diurnal temperature differences. Together with soil type, such factors provide the camellias with the stress they require to produce teas with the desired aroma.

"It’s through a degree of stress that plants are forced to absorb more nutrients in order to sustain their growing effort," explains Fabien Maisonneuve, the estate’s research and development manager.

"It’s similar to the situation in vineyards where the best wines are often the result of the vines having limited access to moisture."

Thanks to Zealong Tea Estate’s terroir, and the decision, at its outset, to grow 100% organically, its teas command high prices on the international market. Which is just as well. In a country where labour and production costs are pricey (especially so when compared with those of other tea-growing countries), the move to organics was essential, and seems to have paid off.

But it is also the nature of the tea produced on the estate which brings in the desired returns. Zealong Tea Estate’s flagship tea is "oolong". The result of leaves being only partially oxidised (exposed to air after crushing), oolong is favoured by tea connoisseurs for its ability to slowly release a range of flavours. As the dried leaves, which are traditionally rolled into tight balls, slowly unfurl in hot water (often through the several steepings conducted during a single tea ceremony), they deliver a unique experience to each tea drinker. 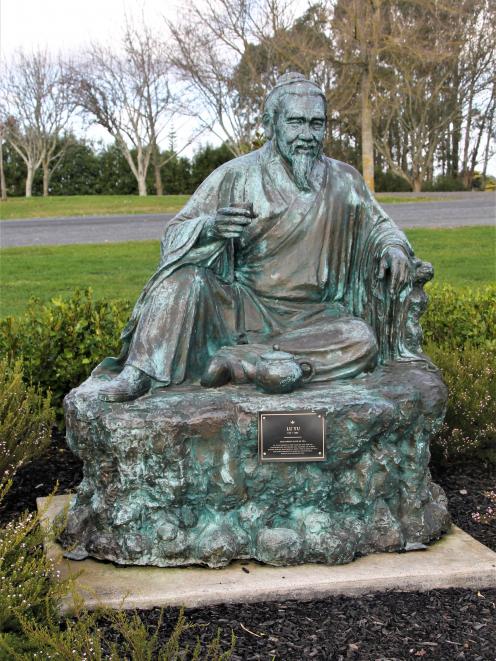 A statue on the tea-history walk.
Overseeing the readiness of leaves for picking is the estate’s tea master and farm manager who patrol the bushes every day, throughout the day, during harvest times. The first two of three picking periods take place in November and January, but it is the third picking season in March which brings in the sought-after leaves for the oolong. During the processing of oolong, the leaves are handled so much that if they were harvested any sooner in the season, they would be too fresh, and succumb to damage, and possibly to being ripped apart.

At present, there are no tea masters residing in New Zealand. This is because training begins at such a young age that these experts usually grow up in a family of tea growers, on an estate where picking is year-round. With the New Zealand harvest season being little more than two months long, there isn’t the opportunity for a local person to gain the necessary experience required to enter the profession. Consequently, Zealong Tea Estate’s tea master is sought abroad, which means that, come October, when they will be required, they will need to undertake any Covid-19 quarantine measures that may still be in place.

Tea pickers were also once brought into the country for harvest. In fact, when the first tea was picked on the estate, the ratio of overseas to local pickers was 80:20. In 2019 it was 20:80. This year, Zealong Tea Estate is confident its Kiwi pickers will mange the entire harvest.

If you plan to be in the Waikato any time soon, Zealong Tea Estate is open to individual visitors Friday to Sunday. Be sure to phone ahead for a reservation (a minimum booking for two is required), and allow two hours to take the tour and the tea tasting which comes with it. The cost of $49 per adult and $25 per child (aged 6-11 years) is worth every cent, and if you want to indulge yourself further, you can upgrade to take in the High Tea experience.

Best of all, if your discretionary spending doesn’t extend to a tour, it is still possible to enjoy the estate in other ways. By simply driving into the visitor car park, you can catch pretty views of the waves of tea camellias planted on gently undulating slopes, and if you are prepared to linger, a special treat awaits. As part and parcel of the estate’s organic growing policy, a family of comical pukeko is permitted to patrol the tea bushes with impunity. Fluttering from tea bush to tea bush, the birds prance over the priceless canopy, gobbling pest insects as they go. According to staff, the pukeko do no damage to the foliage due to their large feet which evenly spreads their weight.

Also available to visitors, free of charge, is the estate’s "Tea Walk". Lined with an array of impressive copper sculptures, the sealed path leads through plantings of colourful ornamental camellias which are interspersed with informative panels outlining the discovery and history of tea making. As the path concludes, close to the tea house, Camellia sinensis are planted for visitors to admire, and unless you are taking the tour, this is your best chance to get up close to the real thing.

As you return to the car park, be sure to detour to Zealong Tea Estate’s shop where you can purchase, among other souvenirs, a sampler set of teas to take home.

And if you find yourself being offered tea, make sure you don’t ask for it with milk!