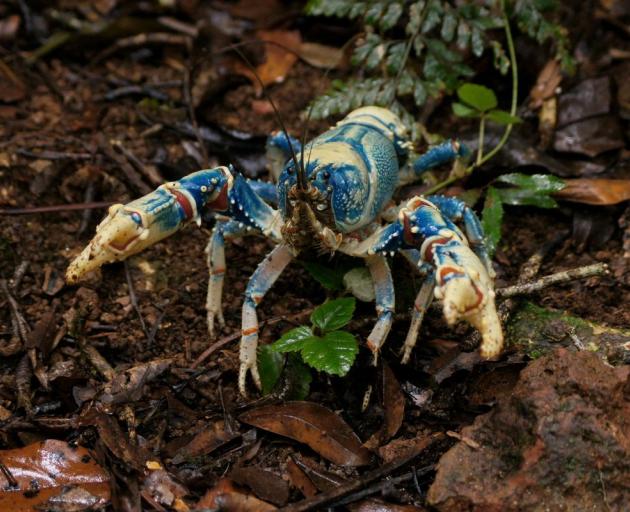 The bigger the Lamington spiny crayfish grows, the brighter the colouring. Photo: Wikipedia

Bushwalkers who venture into a unique pocket of world-heritage listed rainforest overlooking the distant surf beaches of the Gold Coast could find themselves face to face with a feisty, hissing local.

One of Australia's most unusual creatures, the Lamington spiny crayfish, lives there and has been known to startle bushwalkers by confronting them in battle stance, clicking claws and warning hiss.

It is found only in the cool waters and forests of the Gold Coast Hinterland, 1000 metres above sea level - and less than an hour from the tourist strip of Surfers Paradise.

On the edge of the crayfish's home turf of Lamington National Park is popular guesthouse Binna Burra Lodge, which has been welcoming guests since the 1930s, and is proud of the rare crayfish.

Guest activities supervisor Dean Hogg is a fan: "It's the most magnificent creature I've ever seen."

"You won't find this guy anywhere else in Australia and it's the last thing people expect to find in a rainforest," he says.

"First you're startled by their amazing colour and then you're shocked because you stumble across them on the walking tracks, sometimes a good kilometre away from water. They're both terrestrial and aquatic.

"They're also a little feisty and one might stick its claws up at you and have a little hiss just to warn you not to come too close." 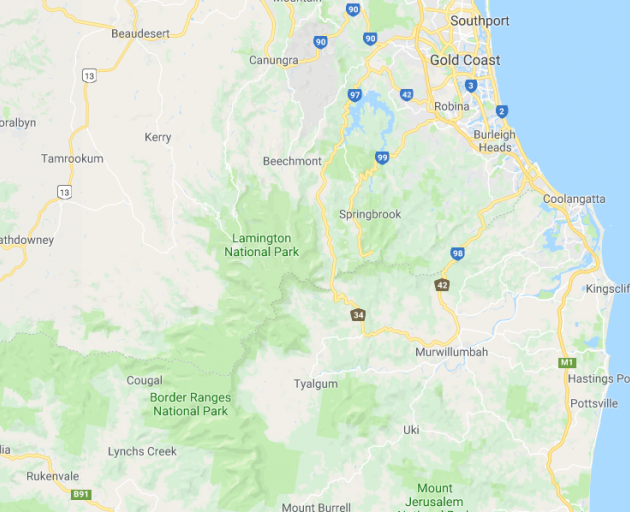 The crayfish can grow up to 30cm long. The bigger they grow, the brighter their colouring. And despite the blue making them stand out in the lush green rainforest, the crayfish are not classed as endangered.

Mr Hogg says the unique local conditions are the perfect environment for the Lamington spiny crayfish to not just survive, but thrive.

"You won't find these conditions replicated anywhere else, which is why you can only see these creatures here," he says. "Then when you consider the 220 other species that live in this diverse ecosystem, it's truly a natural wonder for wildlife and nature enthusiasts."

Lamington National Park is part of the Gondwana Rainforests of Australia, the most extensive subtropical rainforest in the world.

Within its 20,000 hectares are 14 types of forest, trees more than 3000 years old, and a remarkable array of birdlife and wildlife, including the spiny crayfish.

Best of all, visitors can see them all for free. Walking tracks, some as short as 5km for a round trip, can be accessed via Binna Burra Lodge, O'Reilly's Rainforest Retreat and other points of entry surrounding the park's edge.

Spring and summer are the best times to catch a glimpse of the Lamington spiny crayfish. In cooler months they tend to hibernate and burrow into the banks of creeks.

• AAP, in collaboration with the City of Gold Coast and Gold Coast Tourism, is publishing a range of newsworthy content in the lead-up to the 2018 Gold Coast Commonwealth Games.