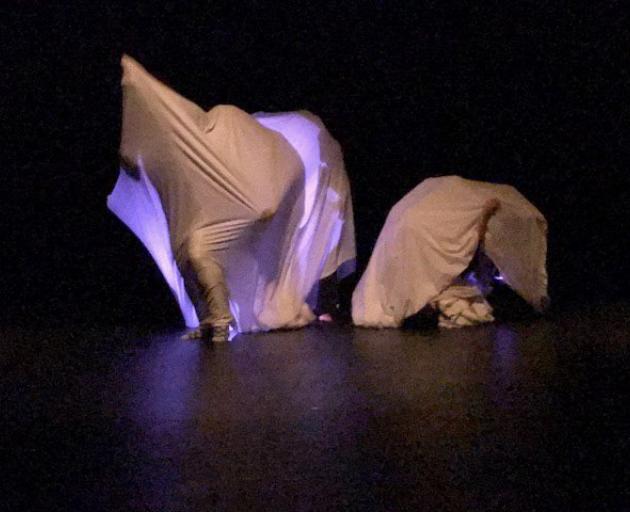 Rebound Dance Company play on the word ‘‘Stuffed’’ in Andrew Shepard’s work as part of Born out of Curiosity. Photos: Supplied
Showing that age is no barrier to creative contemporary dance, Rebound Dance Company is making its debut at the Dunedin Arts Festival. One of its founders, Fluer de Thier, tells Rebecca Fox about finding a voice as mature dancers.

Hearing an audience was ''blown away'' by their work before they realise the age of the dancers is the aim of Rebound Dance Company. 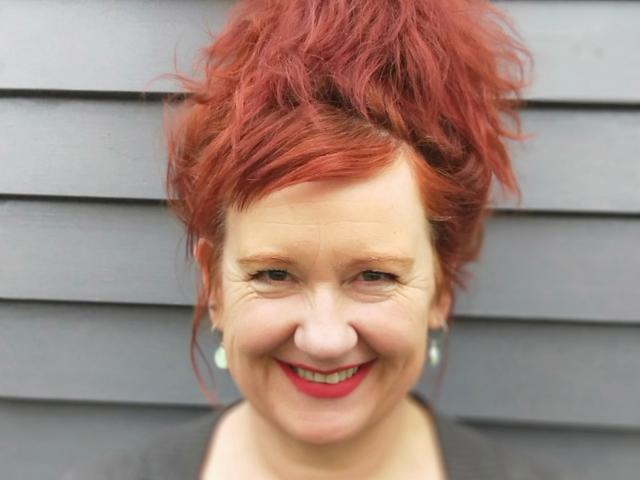 Fleur de Thier
''We want to hear the work ... is really strong and then 'Oh, far out, you are aged from 45-72','' co-founder and choreographer Fluer de Thier says.

She admits that the first time Rebound Dance Company performed 10 years ago the reaction was different.

''In one of the pieces we did a handstand and the audience went crazy and we went 'what?'''

These days, regular members of the audiences know that age no longer makes a difference for the Christchurch-based group of former professional dancers.

The group started 10 years ago when de Thier, in her late 30s, decided to give up dancing.

''I was grieving a little about that.''

She had an offer from an Auckland company for older dancers, but decided she would like to do the same work in Christchurch.

At the same time another Christchurch woman, Tracy Scott, also found herself in the same situation. So they decided to reach out to the wider dance community.

They soon discovered there were many dancers who had gone on to other careers thinking their dancing days were behind them.

By the end of their first meeting, they had decided on a name and set a date for their first performance.

''We all sort of thought the opportunity to get back on stage was long gone.''

They soon proved to themselves and others they were wrong.

The group, many of whom are still active in the industry as choreographers and teachers, also decided that it was important to keep exploring dance and choreograph.

Rebound produces at least one major work a year, a cabaret and dance theatre season.

It means the dancers have to be dedicated to the company which meets twice a week. The dancers often attend de Thier's adult dance class and also do yoga, Pilates or attend a gym. 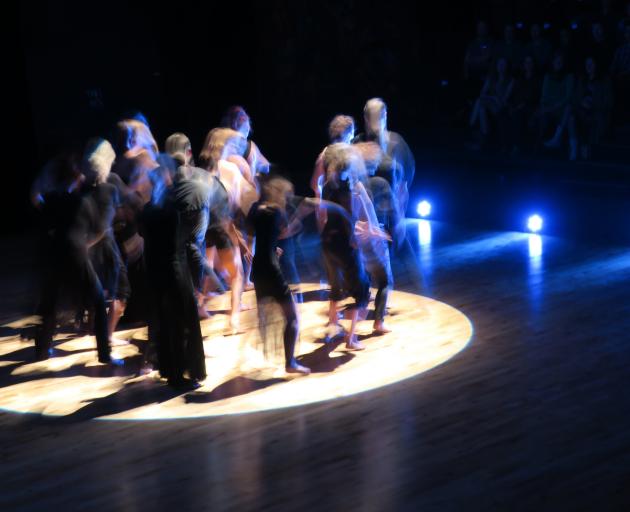 Dancers perform in Fleur de Thier’s work Tipping the Balance. Photo: Supplied
''They do take it quite seriously. They don't look their age. The average age of the company must be 56-57. You are only as young as feel.

As it has become more established, they have invited specialists to conduct workshops.

''If we are not working on a show, we are developing our skills.

''We really want to stay relevant to what is happening in dance industry. We do as much as can to keep finger on pulse.''

Working with mature dancers adds another dimension for a choreographer, de Thier says.

''It's hard to put into words. When I'm choreographing, I can look at them and they can just be standing in the studio and you just go 'Man, there is so much power' there. Because they've lived longer, experienced more, they've got a real sense of mana about them.

''We've worked really hard to get this.''

They do not impose moves on their bodies that do not sit naturally.

''We need to make works about who we are as people ... that has real integrity when we're performing.

''When you're in your 50s you don't want to be going in and out of the floor heaps. We can do it once, we can stay down there for a bit and get back up again - it's about being mindful of our safety; we want to do it for the long haul.''

The three works the company is bringing to the arts festival shows the variety of work they do.

Scott's Mor explores aspects of motherhood as experienced by the dancers, whether as mothers, grandmothers themselves or as a child.

''It's exploring nuturing, tension and conflict, embrace and empowerment, drawn on our own experience of what the word mother means to us.''

That contrasts with Andrew Shepard's work Stuffed, a ''quirky piece where it plays on that thing as an older dancer being bit stuffed''.

So the dancers are seen on stage ''stuffing'' themselves in to pillowcases and duvets.

de Thier's piece Tipping the balance is the final chapter to seven years' work based around the effects and impacts of the Christchurch earthquakes.

''It's the final chapter.

''It's that seven-year cycle and I'm ready to move away from that, so I wanted to make a final work that brought in all the elements of last seven years and kind of go 'we've got this'.''

She describes it as a ''gritty work'' that is very empowering.

''It's a good, really nice way to round that off. It has certainly given me that sense of resolution. Now I'm excited about making work about something different.''

De Thier, who has danced ''forever'', is excited about coming to Dunedin Arts Festival as she is passionate about dance not only in Christchurch but the South Island.