Dancer Taiaroa Royal at a rehearsal of Wairua, a Dance Theatre production at the Ravensbourne Community Hall. Photos: Linda Robertson
Top New Zealand dancer and choreographer Taiaroa Royal is re-establishing his connection to Otakou by returning to the stage to dance in Dunedin production Wairua. Rebecca Fox talks to Royal and creative director Rua McCallum about the new work.

FOR the first time in about five years Taiaroa Royal will dance a full-length work.

The chance of reconnecting with his southern roots — he is named for the landmark that dominates his grandmother’s home place of Otakou — and the intriguing kaupapa of the production Wairua, has drawn him back to the stage and to Dunedin.

Royal, who was one of the founders of Black Grace, a member of Limbs (New Zealand’s first major contemporary dance company) and has worked with choreographers Michael Parmenter, Shona McCullagh and the late Douglas Wright, grew up beside Lake Okareka in Rotorua so has not spent a lot of time in Dunedin. 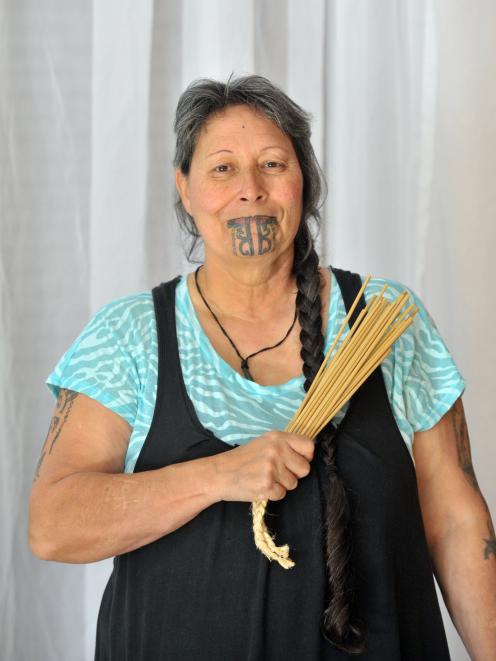 Wairua creative director Rua McCallum.
"I really want to reconnect with my whanau."

The last time he was in Dunedin was in 2014 with his show Mana Wahine — Journey of Strength.

It was during that production run that he completed his last major stint on stage.

Since then, he has been continuing choreography with his own dance company, Okareka, and other projects such as working with Atamira and choreographing the World of Wearable Arts (WOW) and productions for New Zealand Opera.

He has also moved back to the family farm which he has been helping convert from a working farm to planting 120,000 manuka seedlings with the aim of harvesting honey from the property.

About three years ago, Dunedin playwright and theatre practitioner Rua McCallum approached Royal about joining her team as a dancer.

"When I was told about the kaupapa I was intrigued. Then I saw an earlier show and loved the imagery. It had beautiful mahi."

It also gave him the chance to create work in Dunedin, something he had not done before, having only ever brought work to the city.

"It was a great opportunity."

While his role as dancer has also extended to choreography alongside fellow Wairua dancer and choreographer Louise Potiki Bryant, he has found getting back to dance has its moments.

"I’ve had to dust off those moves and get back in shape. You use a different group of muscles [to farming].

"It’s great being able to be here and get the material back into the body and see the elements come together as we create new movements."

When Wairua opens next week, it will be the culmination of about 13 years’ work for McCallum.

"It’s had quite a long lead-in time."

The origins of the work began in 2008 when, as a summer intern, she researched creation whakapapa and raro timu. Out of that a performance piece developed, Raro timu.

"It was a small university-focused piece at Allen Hall."

She always wanted to develop it using professional dancers and actors, but it was not until 2016 that the first version of what was to become Wairua began. 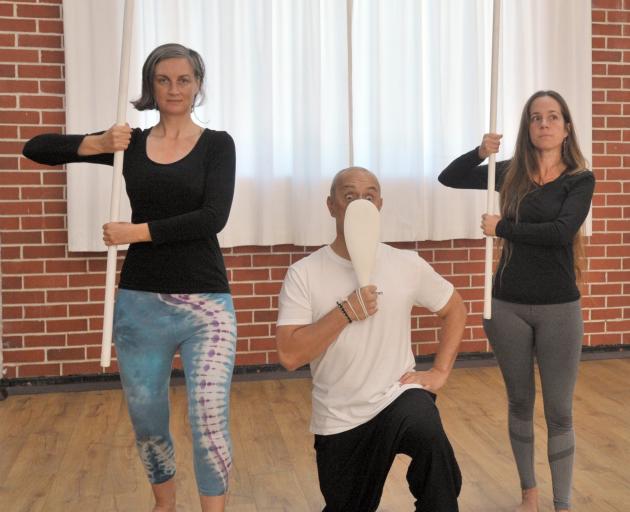 Dancer Taiaroa Royal at a rehearsal of Wairua, a Dance Theatre production at the Ravensbourne Community Hall.
In collaboration with Afterburner’s Marty Roberts, McCallum created a work exploring matter and non-matter for Roberts and for herself the creation of the universe.

"We worked together to bring elements of the old production Raro timu and some of Marty’s work with ‘Dark Matter’ creating a piece called Wai=rua: A Line=Near."

It received nominations for two awards in the Dunedin Theatre Awards in 2006 and won the lighting design award, but McCallum was still keen to create a full professional production of the work.

"Even though that was a semi-professional production, we wanted to develop it further."

Then she connected with theatre studies alumni and artist Shannon van Rooijen (production designer) to work further on the piece to turn Wai=rua: A Line=Near into a full bicultural, multimedia, dance and theatre production with professionals.

Having worked with Potiki Bryant in the past, she was keen to get her involved. It was Potiki Bryant who suggested that Royal would be a great fit.

They then assembled a team of actors, musicians, technicians and designers, including Stephen Kilroy, Alistair Fraser, Ariana Tikao, Emere Leitch-Munro and Paddy Free.

For the past three years, McCallum, Royal and producer Philippa Keaney, have been workshopping the show with each workshop adding different layers to the performance. Some of the devising workshops concentrated on the dance elements, others the technical elements such as sound, lighting and waiata.

The last workshop put all the elements together comprehensively.

They developed a production which consists of the four stages of the Ngai Tahu creation narrative — Te Korekore, Te Po, Te Ao and Te Kore.

"It follows a genealogical whakapapa. The piece is about the universe coming into being through those stages.

McCallum’s determination to see the piece through to a full production is due to her strong interest in whakapapa.

"It is the connection between us as humans to everything in the environment and everything in the universe. According to our whakapapa, we are related to plants and birds and animals and everything that exists. Then we go back to Rangi and Papa. We are related through a whakapapa, connected to the earth and sky and sea and, if you take it beyond that, to the planets and stars. And back to the beginning of the universe when there was absolute nothingness except potential for everything to come into being."