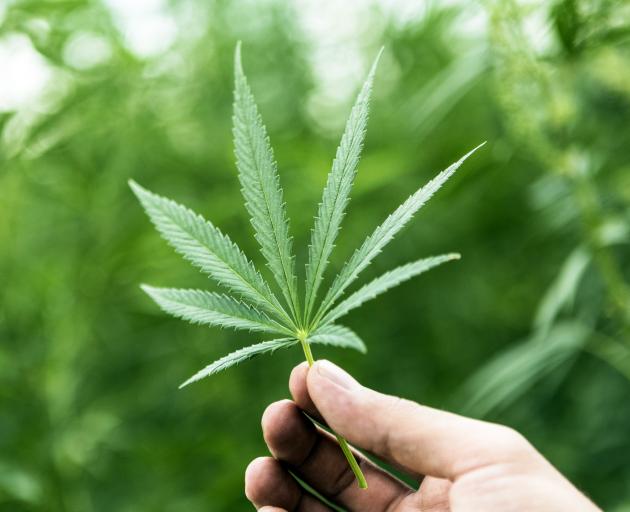 New Zealanders have some important decisions to make, including whether to reform our cannabis laws.

As a cannabis researcher of almost two decades, I’ve had numerous conversations in recent months about the referendum, often with people who say they will be voting against reform to maintain the status quo of prohibition. Their reasons include youth accessing cannabis, that today’s cannabis is stronger than "back in the day", that using it will encourage people to use other drugs, and that people will be affected by cannabis at work and when they are driving.

These are all legitimate concerns. Unfortunately, however, as genuine problems none of these issues are addressed by our current policy.

Unlike for our legal alcohol and tobacco markets, black market sellers of cannabis don’t ask for ID. Neither do they control the potency of what they are selling or its quality. They generally don’t care whether their cannabis is contaminated with agrichemicals that were never meant to be consumed or fungus that may lead to lung infections, or in fact that they may actually be selling synthetic cannabis that has killed at least 100 New Zealanders over the last four years, or other drugs as well, like methamphetamine.

When I point this out, people often reply, well, if I vote no in the referendum, at least cannabis will remain illegal.

Unfortunately, with New Zealand having one of the highest rates of cannabis use in the developed world, it’s clear that prohibition hasn’t stopped us accessing cannabis.

Our very own Dunedin Study, recognised internationally as one of the world’s best for identifying long-term outcomes from cannabis use and policy, has shown that, by age 30, up to 80% of us have tried cannabis. This finding is supported by other NZ studies. A 2002 Ministry of Health survey asked people why they didn’t use cannabis. Only 16% answered: because it was illegal.

This is why the proposed Bill we are voting on in the referendum is named the Cannabis Legalisation and Control Bill.

Unlike our current prohibition legislation that effectively only says "don’t use cannabis", the Bill we are being asked to vote on specifically aims to control the very problems that people say they are concerned about and that prohibition has failed to resolve.

The proposed Bill aims to control access, denying it to those under the age of 20, and unlike for alcohol, advertising of cannabis will not be permitted. The Bill will require cannabis to be free of harmful chemicals and disease-causing impurities. It will limit potency and prohibit those supplying cannabis from also offering other drugs to their lawful customers. In short, it will separate cannabis from other potentially more harmful black market drugs.

If we vote to support reform, as parents we will be able to have honest conversations about the harms of cannabis with our children. The same would apply in the workplace, where currently cannabis use out of work hours is, in a number of occupations, accompanied by worker anxiety that this might lead to a humiliating and degrading random urine test.

Interestingly, a 2016 study of millennial workers suggested that workplace drug testing drove them away from employers, not because they used cannabis at work but because they perceived such employers to be disrespectful of their private choices outside of work.

In New Zealand, anecdotal reports are also emerging of workers in some industries switching from cannabis to much more harmful methamphetamine, due to meth being eliminated more quickly from the body, making it easier for people to pass workplace drug testing, where the non-impairing residue from weekend use may still be present.

If the referendum vote supports reform, as health promoters we will be able to communicate legitimately across multiple media platforms and without exaggeration. The Bill will encourage those using cannabis to do so responsibly and for those experiencing problems with their use, to seek help. Anti-drug driving campaigns won’t have to resort to disparaging stereotypes to get their message across.

There will also be greater opportunity to provide meaningful education and support to young people regarding the risks of cannabis, especially in schools. This is particularly important as despite last year cannabis use among youth (15-19 years) being half that of alcohol (33% v 68%), in 2019 the percentage of student expulsions for drug use (mostly cannabis) was higher than for alcohol: 25.4% v 18.1%.

Male students were four times as likely to be expelled for drug-cannabis use than for alcohol (3.5% v 0.9%) and the Maori rate of expulsion per 1000 students generally, was twice that of non-Maori (1.0 v 1.9). Given the vulnerability of young people and the barriers posed by discussing illegal behaviour, moving cannabis use out of the shadows and into the spotlight of rational and respectful discussion is desirable.

Recognition of Maori vulnerability not only to the direct harms of cannabis but also to current policy is important. The disproportionate impact of cannabis harms on Maori, and particularly Maori youth, has been identified in the Dunedin Study, with higher rates of dependence up to the age of 25 years for Maori relative to non-Maori noted: 18.3% v 12.5% respectively.

However, the greater negative impact on Maori is also reflected in arrest and conviction rates, with the research revealing that Maori youth are three times more likely than non-Maori to experience these, even when other factors such as previous convictions were taken into account.

Similarly, 2015 Ministry of Health data show that Maori adults are 1.8 times more likely to experience legal difficulties than "European-Others". This ethnic bias in policing and other drug-related laws has long-lasting negative impacts on Maori life courses, and cannabis policy reform would significantly reduce these.

In recognising this, a 2020 publication from the Dunedin Study noted that criminalising drug use can deter users from seeking help and that the current illegality impacts on prevention and intervention efforts.

This leads us to consider other advantages of reform. These include a possible reduction in some types of crime, for example alcohol-related domestic violence, where people move from alcohol to cannabis use and a redeployment of policing, court and corrections resources, which regarding cannabis are estimated to cost $400million a year, according to 2016 research from Otago’s law faculty.

Finally, it should be emphasised that if the referendum vote does support reform, all New Zealanders will have the opportunity to offer submissions on the Bill, leading to revisions.

The provision of accurate, factual and unbiased information to inform our voting in the referendum is therefore vital.

Recently, I was emailed a link to a YouTube video featuring a conversation between a US researcher and a representative of a New Zealand group supporting the "no" vote in the referendum. I was dismayed at the misinformation provided and the way in which legitimate cannabis research had been misrepresented

It is up to each of us to make up our own minds about this important issue.

Those of us who are cynical about the referendum might decide not to vote and simply say, we’ll get the policy we deserve. I think we deserve better.

- Geoff Noller is a researcher with the Dunedin School of Medicine’s department of general practice and rural health. He’s a medical anthropologist with an interest in cannabis use and drug policy.

A switch to meth to avoid workplace testing indicates users have got to have some kind of drug.

Are there addiction issues around the use of cannabis?