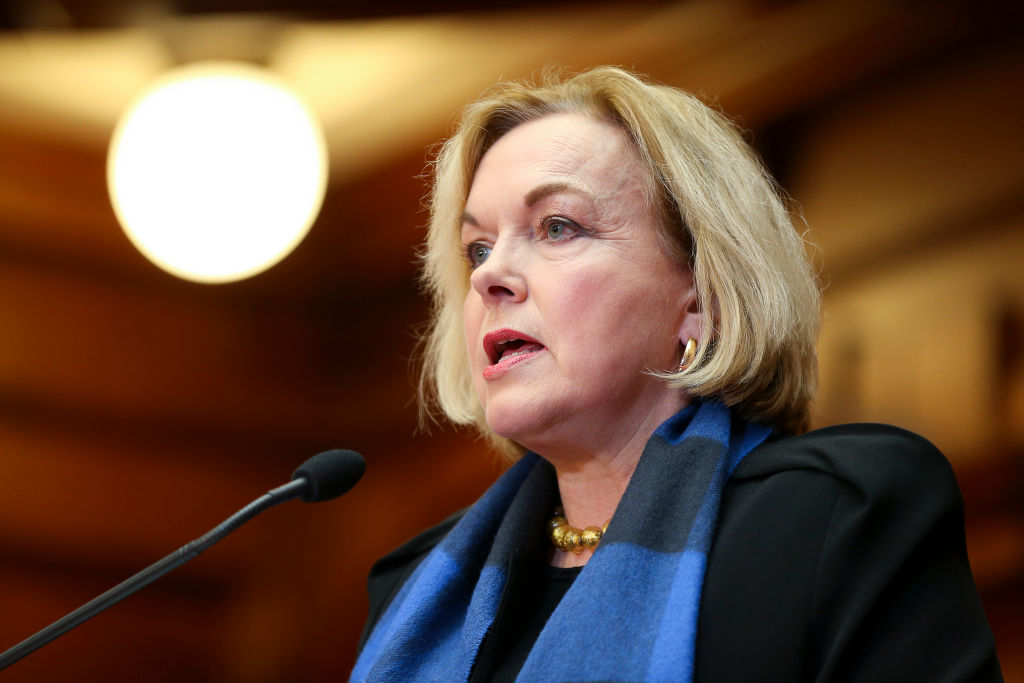 In another off-script rant of a failing campaign, the leader of the centre-right National party sledged Australia's smallest state on Thursday, saying she wouldn't want New Zealand to be like it.

"We don't want to be the poor cousin of the rest of Australia as such," she said in Auckland.

Ms Collins was asked how she would describe her campaign before launching into the comparison without prompting.

"It's been relentless. Relentlessly positive," she said, borrowing one of Prime Minister Jacinda Ardern's phrases.

"Every day has been another day to get out and share a vision for New Zealand that's not another Tasmanian one; it's been about us being a wonderfully exciting place to be."

Polls have Ms Collins tracking to lose the election by the biggest margin in 18 years.

The 61-year-old said she had visited the Apple Isle, likening it to the region where she and Ms Ardern grew up.

"I thought it was lovely; it reminded me of the Waikato before we had wonderful things like the excellent road of national significance, the expressway," she said.

"The Waikato expressway has opened up the whole Waikato. It's just lovely.

"It was much nicer than before the Green party took over there; it's been a bit of a challenge since.

"I think it's a lovely part of the world but do you necessarily want to go there with your high tech business? Possibly not."

Ms Collins' views on the Greens "taking over" are incorrect.

The party has served just once as part of the Tasmanian government between 2010 and 2014, when two ministers held portfolios.

Throughout the last week of her campaign, Ms Collins has suggested Ms Ardern's Labour party will implement one of the Greens' radical tax policies, a claim Ms Ardern denies.

Collins thinks her campaign has been "relentlessly positive"??!!! Unbelievable delusion. She is nasty and negative, every day, without fail. She sledges, criticises, accuses, insults, blames and makes unkind generalisations - a thoroughly unpleasant mindset that does anything but spread sunshine and hope. She is a heckler who does nothing to lift people up or inspire. I hope she and her party get the result they deserve in the election = oblivion.

Bookstores once had correspondence with Hobart.