By Daisy Hudson
0 Comments
The sprawling rural Waitaki electorate has flipped red, and given its long-serving incumbent a nail-biting election night.

The traditionally safe National seat was swept up in the Labour tide that engulfed much of the country, giving Labour the party vote win on 17,058 compared with National’s 12,330.

The electorate campaign, meanwhile, was a battle between veteran National Party incumbent Jacqui Dean, who has been an MP since 2005, and 21-year-old Labour candidate Liam Wairepo.

On paper, the chances of Mr Wairepo emerging victorious were slim.

But as the early results started to roll in, it suddenly did not appear so far-
fetched. 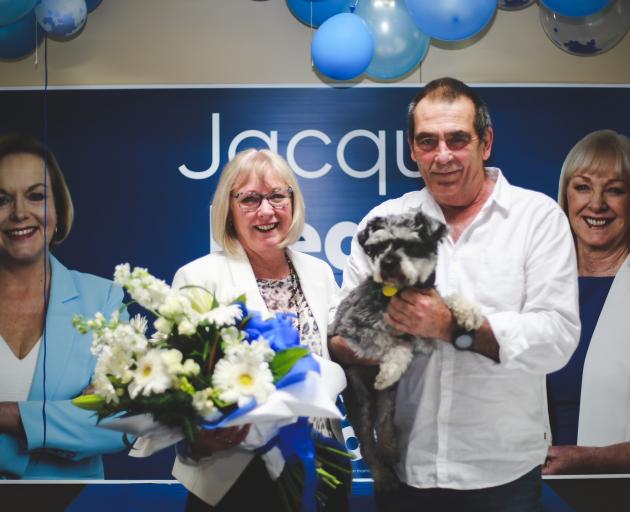 Returning Waitaki MP Jacqui Dean celebrates her win with husband Bill and Jimmy the dog in Oamaru on Saturday night. PHOTOS: REBECCA RYAN
He led for the early part of the night, and while Ms Dean ultimately claimed victory, he managed to reduce her majority from 12,816 in 2017 to 3145.

Mr Wairepo said watching the results at the party’s Oamaru headquarters was "a crazy feeling".

"We were all on the edges of our seats. Some of the branch members there have been in the branch for 30-odd years and they haven’t been that excited for a long, long time. I think it was just rejuvenation.

"There were a lot of naysayers when I was selected, a lot of people putting you down ... it was really great to see that all of our hard work paid off."

He was thrilled with the big gains Labour made in the seat, and was already planning on how to boost the party’s presence further over the next three years.

He had been offered some board positions in the area, and was also planning to advocate strongly for improvements to Oamaru Hospital.

"When I was on the campaign trail there were a lot of problems that came up that you don’t have to be an MP to try and fix." 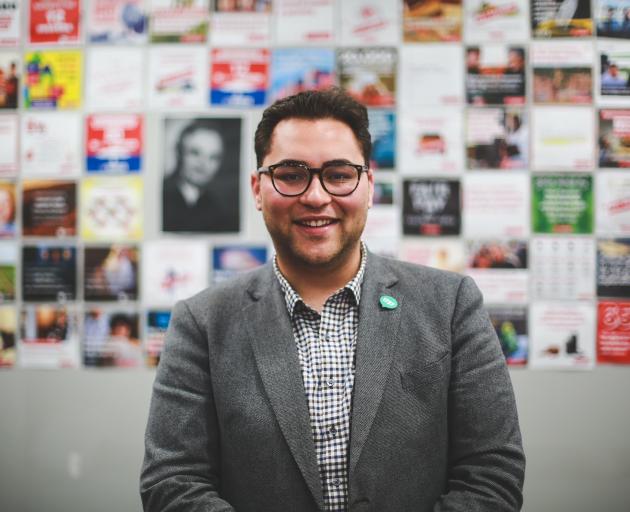 Labour’s Waitaki candidate Liam Wairepo managed to put a solid dent in incumbent Jacqui Dean’s majority on election night.
He made an appearance at Ms Dean’s election night party, where the pair shared a nice moment of campaign camaraderie.

"Not only did we put our ideas out there for people to decide, but I learnt a lot from her."

Meanwhile, Ms Dean was preparing for a second term on the opposition benches.

She said the strength of the move towards Labour was "unexpected", but she was pleased to hang on to her seat.

"It was certainly a different election, but clearly I’m not unhappy with the result."

National would have an election postmortem at its caucus meeting on Tuesday, where Ms Dean said they would be "farewelling some old friends and welcoming some new ones".

Despite the party turmoil, she was focused on advocating for local issues.

Her top priority was labour shortages in the electorate.

She said businesses such as orchards were trying everything to attract Kiwi workers, but were struggling.

"I think it’s a problem, frankly, that the Government doesn’t want to face up to."

Inaction would mean reduced productivity, and in the end, job losses, she said.