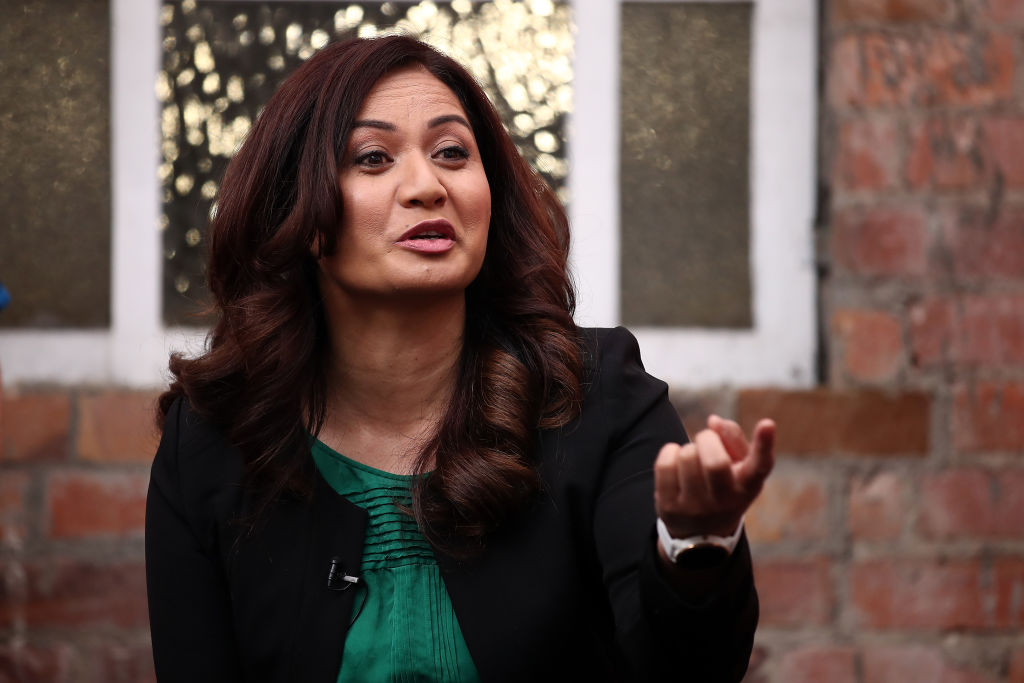 Green Party co-leader Marama Davidson. Photo: Getty
The Greens are warning their supporters that Labour "cannot govern alone", and their party is the only one bold enough to meet the challenges New Zealand faces.

And, despite repeated rebuffs by Labour leader Jacinda Ardern, party co-leaders Marama Davidson and James Shaw say a wealth tax is still firmly on the table if Greens negotiate with Labour post-election.

"They can say what they need to in an [election] campaign," Davidson said when asked about Ardern's repeated flat-out rejection of the plan.

The pair made the comments after a campaign rally in Auckland's K Rd this evening.

It is their last rally of the 2020 election period.

That is a tax that Ardern has ruled out a number of times this week.

Speaking to Newstalk ZB on Monday, Ardern said the proposal for such a tax would not even make it to the negotiating table if Labour was able to form a government.

And today, Ardern went even further – saying that there would never be a wealth tax as long as she was Prime Minister.

Despite this, Shaw told media after the speech tonight that the policy was something the Greens would put up for discussion in any post-election talks.

"Let's have an election and then let's sit around the negotiating table and see what happens," he said.

He added that after the votes have been counted, it would be the Greens who decided what would be taken to the negotiation table.

Davidson said the fact that National has been hammering this policy so hard was a "sign of their desperation".

"It has become alarmingly clear that the priority of National, and the other smaller parties, is not to keep us safe … but to divide us, and to make us scared, in the pursuit of power," she said during her speech.

The Greens are hovering just over 5 percent – but have not dipped under that threshold in any polls so far.

In his speech, Shaw made something of a call to action to his supporters.

"At this election, I can confidently say that the Green Party is the only party putting forward proposals that are actually bold enough to meet the scale of the challenges we face."

"Unchallenged decisions can mean bad decisions, and with the Greens at the decision-making table, we'll make sure that we truly face the challenges we've been ignoring for too long."