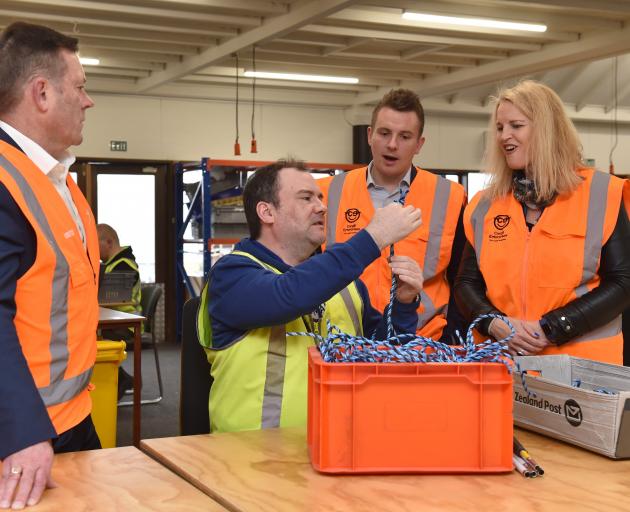 The Government announced last year that it intended to repeal the exemption, arguing that it discriminated against disabled people, and potentially replace it with a wage supplement.

Ms Upston, who announced National’s policy after a tour of Dunedin firm Cargill Enterprises yesterday, said with the economic damage caused by Covid-19 every step should be taken to keep people in jobs.

"We want to continue to support enterprises that employ people with disabilities," she said.

"Feedback we have had is clear that the exemption is the mechanism which supports the greatest number of people in employment.

"We know it works.

"We know it provides opportunities for people to get a job, to stay in employment, and to have a pathway to another employer afterwards."

Cabinet considered scrapping the wage exemption in November last year, but no decisions have been taken.

A Cabinet paper on the proposal said feedback had been split nearly 50:50 — unions, disability organisations and workers supported it, but businesses were concerned it would affect their viability and families of disabled workers were concerned they might need to resume full-time caring for them if they lost their job.

Mrs Upston said businesses worried they would struggle if the exemption was removed.

"[The workers] love coming to work. It’s all about being part of society, and the policy of the minimum wage exemption actually works ... we need to protect people who have jobs and make sure they can continue to come to work each day."

Cargill Enterprises employs more than 80 people with some level of disability.

The business had lost some contracts due to Covid-19, most notably its work reconditioning headphones for Air New Zealand, but had not laid off any staff and had retained much of its core business, chief executive Geoff Kemp said.

"No matter what happens, no-one is going to be laid off this year," he said.

"We haven’t had to look for work for some years, now we do. We know it’s out there; we just have to find it."

Cargill Enterprises had some workers on fewer hours or alternative activities but wanted those people to be back at their workbenches, Mr Kemp said.

"We are a workplace ... everyone is coming in to do some sort of activity."

Mr Kemp said he believed the minimum wage exemption was the best model for supporting disabled people into work, as it enabled greater flexibility for businesses to adapt as contracts began or ended.