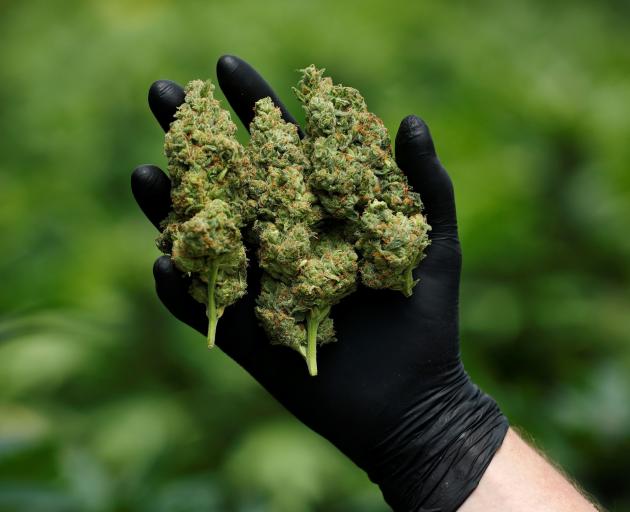 PHOTO: REUTERS
We are not justified in using the law to stop New Zealanders choosing to use cannabis, writes Tosh Stewart.

Something is missing in the lead-up to New Zealand’s cannabis referendum.

As an ethicist, I feel strongly that our current prohibition regime is an unjustified infringement of the liberty of individual New Zealanders. But it might be a while since you read that in serious debate on this topic. That’s because the terms of the debate have been seized by talking points around how the proposed policy will play out.

Here’s a few examples: how much tax can we raise from cannabis? Is it better to tackle addiction like a health issue or a criminal issue? Will legalisation free up police resources to address ‘real’ crime? Will legalisation curtail gang profits and power?

These questions are important, but they can also make us distracted by details of the proposed law (notice how suddenly everyone has a view on how many grams a person should be allowed to buy per day?). And we end up in unjustified conjectures on twisty empirical questions (for example, how much will consumption increase after legalisation?).

The people behind the ‘yes’ campaign have done a great job of pushing back on misinformation around these policy issues, but liberty is hardly mentioned. So, it can be dissonant and disappointing to hear so much of this debate framed the way it is.

New Zealanders have the right to make their own decisions about their lives, and we need a very good reason before we use the force of the law to restrict that freedom. More than 150 years ago, philosopher John Stuart Mill told us what that good reason is. Mill’s ‘harm principle’ claims that the state should only interfere with the autonomy of an individual where doing so is necessary to prevent harm to others.

When I explain the harm principle in university lectures, I see students nodding their heads; there is broad acceptance. Yet for some reason it is unfashionable to point out what follows from this principle: since smoking cannabis is an individual choice that harms no-one but the user, the law should mind its own business.

It is true that smoking cannabis carries risk, but so do many perfectly legal bad habits. The most hackneyed comparison is with alcohol, but lots of other bad habits spring to mind: smoking cigarettes, promiscuous unprotected sex, failing to exercise.

Severe obesity, for example, may reduce your life expectancy by a decade or more. I hope even the most committed prohibitionists will not claim that cannabis is as risky as that. When the Rector of King’s High School suggests that young people’s lives are not improved by smoking cannabis, he may be right. But if he wants to be sanctimonious about something, he should tell his students to avoid obesity — it’ll do them more good than avoiding cannabis.

The reason we don’t legally prohibit these sorts of bad habits is because we recognise that people are free to make poor choices. When we see someone whose physique speaks against the act of cramming a cream doughnut down their gullet, we might not approve, but we stop short of sending the police round to kick down their door.

We need to apply the same kind of reasoning when we make our decisions with this referendum. I don’t smoke cannabis, and I see it as a bad habit. If you’re like me in those respects, then you might find it hard to get excited about removing the legal sanctions on potheads. But you probably have bad habits that others disapprove of, and you wouldn’t much like it if we passed laws to force you to improve yourself under pain of imprisonment.

The consequences of this law matter, but we should also remember the nub of the issue: we are simply not justified in using the law to stop New Zealanders from choosing to put cannabis in their bodies. Please don’t let the wrangling over policy details distract you from that fact. In October we can choose to give the potheads the same freedom we enjoy for our own bad habits. Rather than scrutinising and policing each other’s private behaviour, let’s vote yes and get back to minding our own business.

- Dr Tosh Stewart is a contract lecturer in philosophy at the University of Otago.

THC has a known effect regarding food intake and lower activity levels.
The second point is that NZ has an extensive social contract between government and the citizenship. This is plain to see with our social, education, medical, support programs and health and safety laws. All these extend a duty of care that requires the state to act so the we don't suffer from our own stupid choices.
Of course the obvious happens. We don't learn the lessons that suffering the consequences of our personal actions would require us to because it is shared across the population.
In the workplace, if an employee gets hurt because a safety device wasn't available, the employer is at fault
Same should apply to the law and drugs
Your argument is that the government should abrogate its responsibilities because it doesn't stop people from overeating when it should
Others argue the same but sweeten it with more power and money so the political class can exert its will on others while extolling their virtue and adding to the anti-productive sector.
Apart from reggae, what has THC given us that is positive and affirming to the human spirit?

Hear hear! Apart from reggae, jazz, the Beatles, the Rolling Stones, Dr Dre, and the entirety of popular music for the last 70 years, what has THC given us that is positive and affirming to the human spirit?

It is not widely held that Great Art, which connects with humanity, can be created in an artificially induced altered state. Recipients (viewers, listeners) of such work would need to be On what the artist was On. Hermetically sealed and non Universal.

There is no credible science, notice the word credible used there, that would support your contention. What is known is that a lot of commonly held opinions regarding the negative impacts of THC are in fact false and generated by powerful vested industry groups.
With regard to workplace safety. The hazard presented by THC from a health and safety perspective exists now, it doesn't matter whether the drug is legal or illegal, it is currently being used and is present in workers now. Likewise alcohol. The decriminalization of cannabis will not make one iota of difference.
And your question, about what has THC given us is fallacious. It could be asked of many things currently legal, like alcohol, brussell sprouts, judith collins, Billy Te Kahika.

As legal prohibition, you are correct. However, there are always constraints upon the Liberty of the Individual. That is the Social Contract - a set of behavioural codes that rational people accept to live in Community.