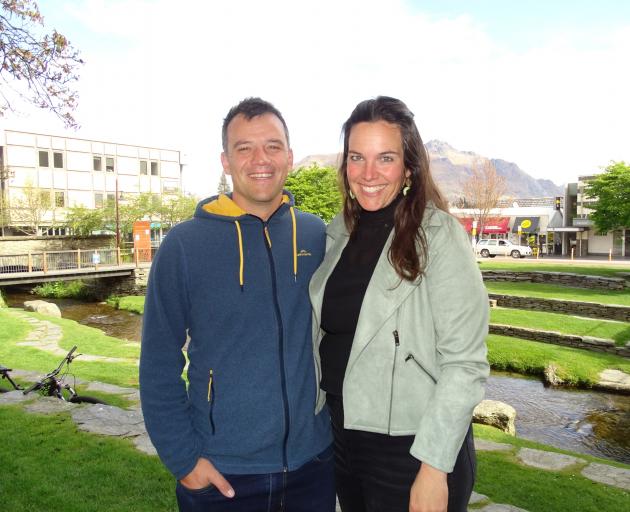 Newly elected Southland MP Joseph Mooney arrived back in Queenstown with his wife, Silvia, after spending election night in Gore. PHOTO: MATTHEW MCKEW
Joseph Mooney could have been forgiven for being a little nervous on Saturday night.

As the Southland election results started to roll in, the National candidate was trailing his Labour opponent Jon Mitchell in the traditionally safe blue seat.

But he was not too concerned, he said yesterday.

"I’d done everything I could."

But the Labour tide that swept New Zealand turned one of the country’s bluest seats red.

It was a huge result in an electorate that has been hit hard by international tourism falling off a cliff, a rural sector concerned at increasing compliance costs, and a pair of disgraced MPs.

Mr Mooney watched the results come in at the Gore Club in the heart of the newly created electorate, which was formed following boundary changes to the Clutha-Southland seat.

The Queenstown lawyer was selected as National’s candidate after MP Hamish Walker resigned in disgrace after leaking personal details of Covid-19 patients to media.

He said it had been a challenging night for National, and a great one for Labour.

"I’m just going to have to put my head down and focus on being an advocate for the region."

A major priority was a looming labour shortage in the region, from accommodation staff to fruit pickers and contractors.

He also wanted to advocate strongly for improved cancer treatment in Southland.

"I’m pretty excited, and ready to get to work. There’s a lot to be done."

There will certainly be little time for a break after a long campaign. He will fly to Wellington today, ahead of his first caucus meeting tomorrow.

"The efforts of the team have just been marvellous, and we’re really happy with what we’ve achieved," he said.

He was not surprised by the result, despite the massive swing to the left.

While not committing to anything just yet, he hinted at a potential future run.

"I’m talking more to my wife about that at the moment about what that might mean, for a potential future campaign.

"It’s been hard work, we came into it relatively late without a large team, and we made a huge difference in the time we had to campaign."