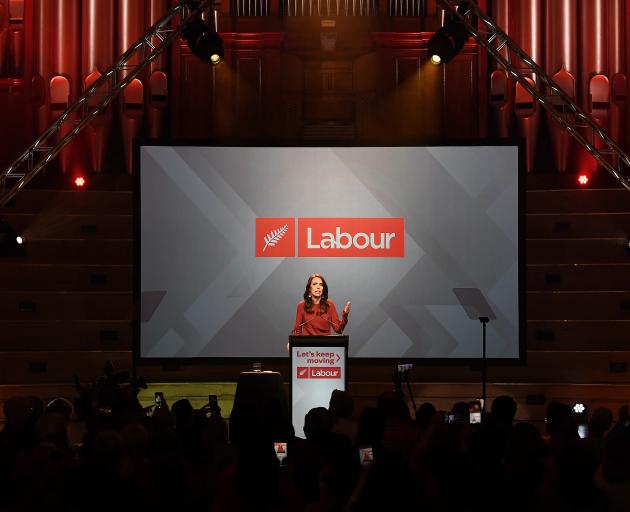 This adage was never more relevant than at this year’s election.

The perception of many in New Zealand and overseas, was that the incumbent Ardern Government had handled Covid-19 extremely well.

This climate of opinion stacked the odds so heavily in favour of Labour that the pre-election speculation was whether Labour would win an outright majority, which it did.

Even without Covid-19, Labour was being buoyed in the polls by the popularity of a leader who demonstrated an astounding ability to connect emotively with voters through her use of social media.

This connection appeared both genuine and personal.

Not many political leaders can communicate with citizens in their pyjamas without this appearing cringey or bizarre.

And if Labour did need a further helping hand, National’s leadership problems were plain to see, as Judith Collins, National’s fourth leader since John Key, was unable to shore up National support to prevent the party’s worst performance since 2002.

Even Ms Collins in her nightdress would have struggled to turn the tide away from Labour.

Since 1990, New Zealand has alternated between three terms of either National or Labour-led administrations.

After Saturday’s result, it is tempting to think we are now set for three more terms of Labour governments, but for that to happen, Labour will have to do something over the next three years.

Voters, in a hopefully post-Covid-19 environment, may not be so forgiving or forgetting at the next election for failures to deliver on past policy promises.

The incoming Labour-Greens government will have major issues to be confront in the farming sector, tourism, housing, transport, not to mention climate change and poverty.

As for the minor parties, Act was the surprise package at the election, doing much better than it could have hoped for when it was only showing 1% in the polls at the outset of the prolonged election campaign.

However, it is likely Act has taken most of its support from National and this clearly does not represent a shift to the right.

There has been a shift to the left, the Labour plus Green vote being 57% compared with just 43% at the previous election but this is overwhelmingly due to Labour’s increase in share of the vote.

So, it was in many ways a no-surprises election.

The interest is in how Labour will use its comfortable majority to deal with the numerous pressing issues, some that predate Covid-19 but which will now need to be addressed in an economic environment considerably impacted by the pandemic.

Although the Greens may become a fully paid-up coalition partner, economic pragmatism to stimulate the economy may sideline any environmental idealism the Greens have in mind.

For National, no need to panic: Labour won this time, rather than National lost.

The opposition parties have now three years to thoroughly scrutinise the performance of what would be New Zealand’s first Labour-Green government.

- Associate Prof Chris Rudd lectures on political parties and elections at the University of Otago.

I'm having trouble understanding the relevance of Prof Rudd's references. How is the saying "Governments lose elections rather than oppositions win them" relevant?
The Government won, the opposition lost. The reference just doesn't fit.
Also he claims National has no need to panic. Yes it does, it suffered it's greatest defeat since Bill English almost killed the party back in 2002. They have every reason to panic, a Leader that has only one style, the snappy catty sound bite, that was never going to work against the current Prime Minister, trying to pick holes in one of the best Covid19 strategies in the world, no coherent policies, no credible team or talent to provide any confidence that they could govern. They need to panic.
Yes Labour won but contrary to the opinion expressed by Prof Rudd, National LOST, they lost big time.

No doubt that the Nats didn't perform and Taxinda could ride on the back of an initial good response to Covid. The proof of the pudding is going to be in the eating. So far Labour have proved they can spend but not manage to deliver on any promises. They also have a spectacular lack of talent in the top ranks. If Labour thought term 1 was tough they are going to find term 2 far more difficult; they will actually have to deliver.

Unfortunately, when the economy becomes questionable the population will flock to the party they think will protect them. Ardern hasn't really done anything. More importantly, the lack of accomplishment means no failure (which is why people voted for her). Collins is just so unlikeable and fake; national never had a chance. Even I couldn't pinch my nose and vote for her! Ardern can't just continue to sit in the beehive and do nothing. Spewing mantra's like "Be Kind" and "Keep Moving" kept the sheepeople content while they were fat, dumb and happy living off the wage subsidy, but she has to actually produce now! Can she? If all she can produce are more silly mantras, it's going to be a very long 3 years.

So, the vast majority of New Zealanders are "sheep people", a term invented by QAnon? Just saying.