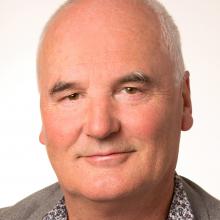 Long gone are the likes of single-use coffee cups and plastic straws, and suppliers will be expected to find another way to package products for the centre.

The commitment to become plastic-free by October 1 was made about a year ago, and while the centre could not claim to be completely plastic-free yesterday, centre manager Hoani Langsbury said it had "significantly" reduced its use of plastic.

Single-use coffee cups and straws were some of the first items to go, and in January the centre wrote to all its suppliers to tell them that as of October 1 it would no longer accept products packaged in plastic, he said.

Some of the suppliers had already taken that on board, while others made a commitment to work towards finding an alternative.

Mr Langsbury said the goal of becoming plastic-free sat alongside the educational programmes offered at the centre.

"It means we are not hypocritical when we are trying to educate others [on reducing plastic]."

Becoming completely plastic-free would continue to be a priority, but it was not the only issue the colony faced in relation to the marine environment, he said.

"Once we have got that one under control ... there is ocean acidification and ocean warming, and various other things tracking closely behind or alongside that issue.

"We will continue to do talks and education and advocate for a reduction of plastic in all areas — it will be something that will probably never stop," he said.

The biggest threat to Albatrosses and many other seabirds is not (although bad) plastic but commercial finishing. Yellow eyed penguins are literally starving to death, while albatrosses and other endangered species are accidentally caught and killed as fishing fleets threaten to empty the oceans of fish. We need an immediate ban on Long Line fishing, cameras on ALL boats within a year, many more marine reserves and most importantly people need to be educated that by eating fish they are killing not just fish but a whole ecosystem.