By Courtney White
0 Comments
The Red Baron is flying once more — in all his paint and Plasticine glory.

An intricate diorama featuring the eponymous baron is the outcome of six weeks worth of work by three creative staff at Dunedin’s Wakari Hospital, who are hoping it will bring some cheer to patients and staff. 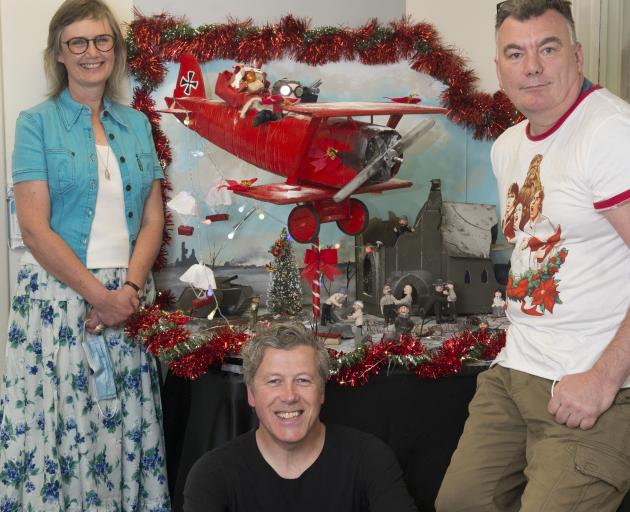 Described by Mr Gordon as a "Christmas World War 1 armistice Red Baron extravaganza", the large piece is an entry in the annual Southern District Health Board Christmas art competition. 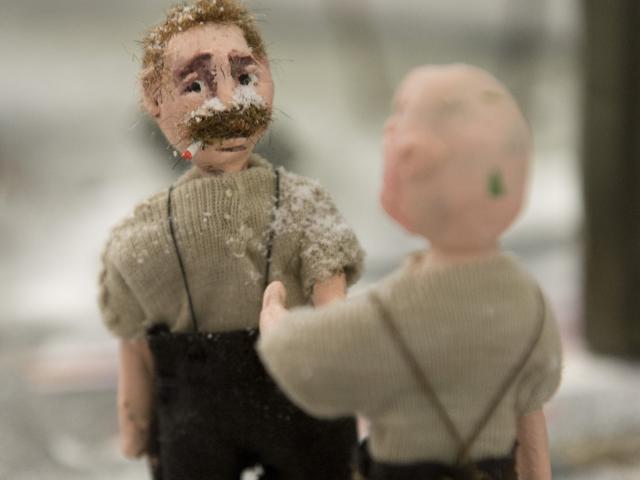 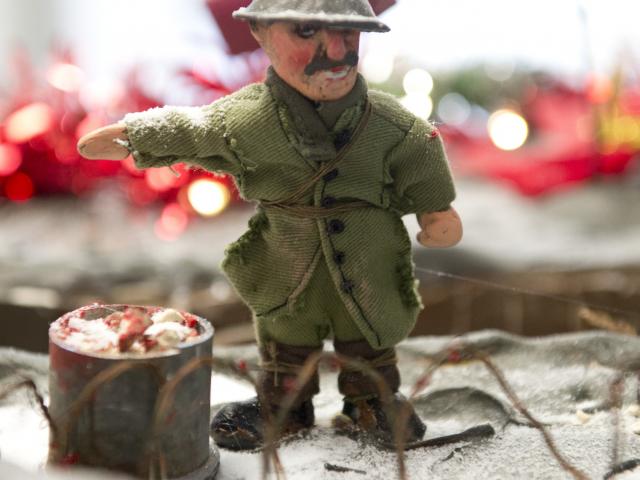 Ms O’Sullivan came up with the idea and from there the trio developed their plan to show the plane flying over a football match.

The entire artwork took about six weeks to put together, with each member of the team creating aspects of the scene at home and bringing them together, piece by piece.

For Mr Gordon, a painter, moving into a new medium for the work had been an enjoyable exercise.

"It was really exciting. I could have done it all day, every day. It was so much fun." 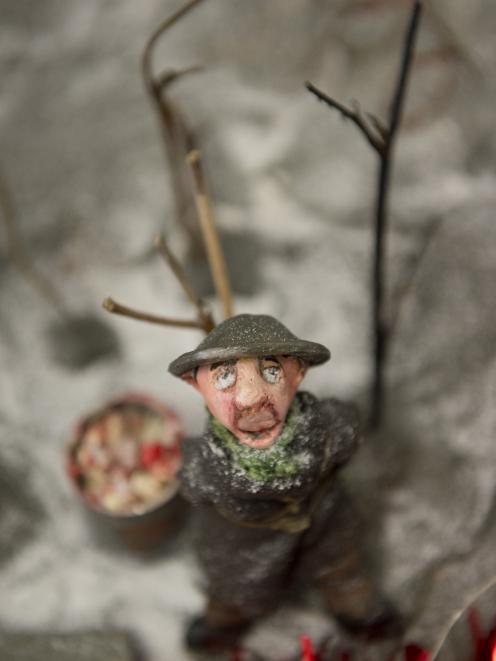 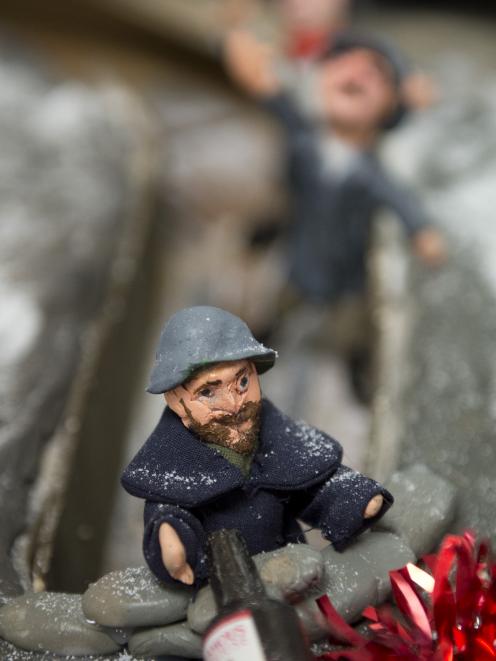 The historical aspect had made the project all the more interesting, he said.

Feedback from staff and visitors on the piece had been "wonderful", so far, he said.

"Everyone who’s come up here has been staring at it and taking pictures, or talking about it and finding little details."

As a trained psychiatric nurse working daily with people who experienced mental health problems, Mr Gordon said the competition paled in significance against the enjoyment the art had brought to those who visited the hospital.

"When people come up here, it can often be daunting and scary, and not very nice. It’s often a sad sort of place, so this is a little corner that’s cheery and interesting." 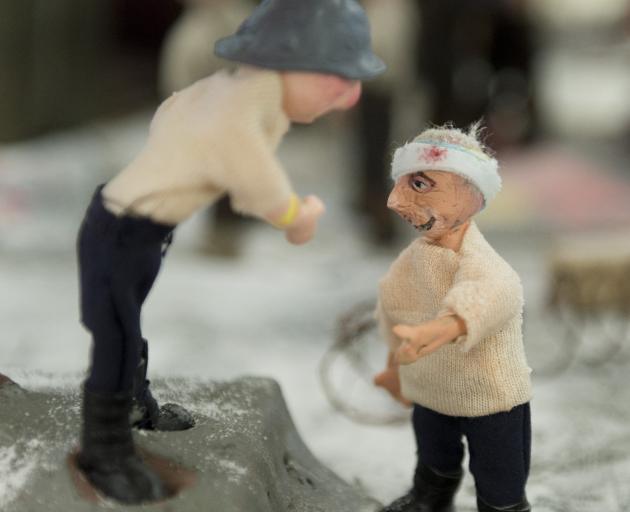