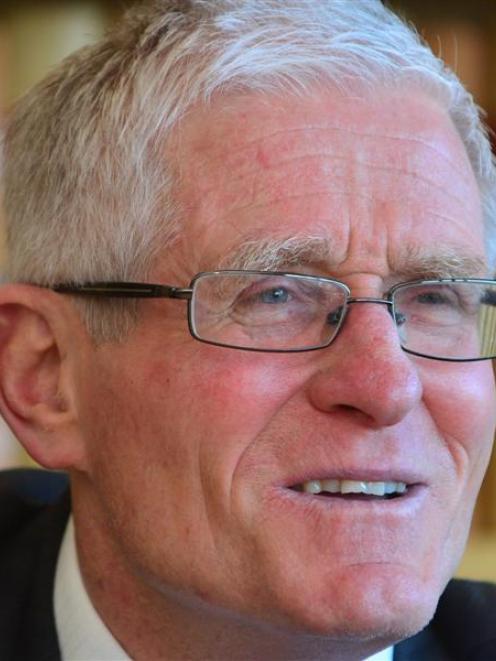 Mark Henaghan
Some ACC claimants are being ''denied justice'' through problems in accessing a ''very small pool'' of lawyers specialising in ACC cases, and the high costs often involved in challenging ACC decisions.

These are among key points made in a draft report sent to the United Nations last month by Otago claimant support group Acclaim Otago.

The submission deals with New Zealand's compliance with the Convention on the Rights of Persons with Disabilities (CRPD), which is being reviewed by the UN Office of the High Commissioner for Human Rights later this year.

The Otago draft report noted there had been efforts to ''limit financial outflows from the scheme'', and the rights of people with disabilities covered by ACC were ''not being protected''.

The small pool of ACC law specialists, and the limited costs awarded for success, and regulatory restrictions on legal aid, had ''significantly reduced'' the number of people providing ''legal services'' to injured New Zealanders in a ''financially viable'' way.

Many ACC law specialists were nearing the ''end of their careers'' and there was no ''career path'' for younger lawyers to become involved.

Law schools did not offer a ''dedicated'' ACC law course, the subject being covered as part of the law of torts.

Such limitations meant a ''severely limited access to justice'' for injured people and the situation would ''get worse'', as practitioners retired, the report said.

But it was important to state that reviews of ACC decisions involved an ''independent and robust'' process, undertaken by FairWay Resolution, and ACC made claimants aware of their review rights, officials said.

A ''straitjacket'' of controls on some ACC-related legal fees, and medical report preparation costs, imposed by government regulation, had become ''very unfair'', he said.

Long-term ACC claimants, particularly injured people who were in pain and whose income had been lost, had limited ability to fund any appeal against ACC decisions which had a ''major impact'' on their lives.

ACC itself was not subject to comparable financial restrictions, including in commissioning medical reports, and had ''massive resources'' to call on.

He acknowledged wider legal workforce concerns, but believed younger lawyers would also seek to practice in this field, and the Otago faculty was likely to offer New Zealand's first specialised paper on ACC.

Acclaim Otago said the list of issues included in its report had been ''endorsed by a consensus of experts'' throughout the country.