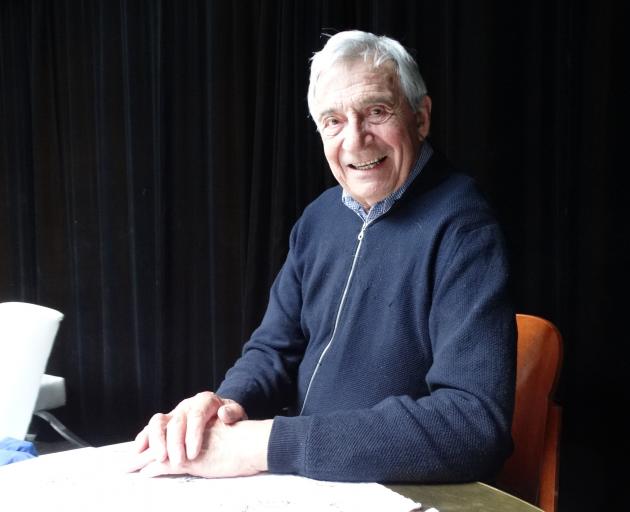 Prof Colin Mantell, of Wanaka, was in charge of an Auckland programme designed to encourage more Maori and Pasifika students to pursue medicine. PHOTO: MARK PRICE
A doctor and senior academic who was one of only two Maori men to get into the Otago Medical School’s 1959 intake wonders if recent action to boost admissions from minority groups has been a little too successful.

A scheme that gives priority to sectors such as Maori and Pasifika has been starting to make headway in attracting more of those students into medicine, but that means some who are not from minority groups are missing out.

"I like the concept of Mirror on Society," Prof Colin Mantell (80) said, referring to the University of Otago’s policy of generating a health workforce more reflective of New Zealand’s ethnic and socioeconomic make-up.

However, such efforts could generate ill feeling, especially if they were effective.

In 2020, more than half the second-year medical placements at Otago went to students who gained entry through affirmative pathways — Maori, Pasifika, rural, low socioeconomic and refugee.

The university is considering adjusting the way students are selected for the medical school and one idea is to bring in caps on those pathways.

Prof Mantell, of Wanaka and from the Ngai Tahu iwi, said that idea disappointed him.

He was in charge of the Vision 20:20 programme that started at Auckland University 23 years ago. The aim was to get the proportion of Maori and Pasifika doctors in New Zealand up to 10% by 2020.

Senior high school pupils were told if they had an interest in healthcare, the university had a place for them. The university promoted bridging courses and provided general support for Maori and Pacific students.

Maori make up 3.4% and Pacific people 1.8% of the medical workforce. The proportion of the total population who identify as Maori or Pasifika is about 15% and 8%, respectively.

However, recent numbers indicate a shift. In 2018, almost 16% of Otago’s graduates and 14% of Auckland’s graduates were Maori.

Prof Mantell and influential Maori health leader and Massey University academic Sir Mason Durie were the only two Maori in his 1959 class.

Prof Mantell had "reasonable but not wonderful grades" and assumed he entered the school through a targeted admissions scheme.

"It was a great break for me."

He went on to study the impact of smoking on unborn babies, study at Oxford University, chair a Maori and Pacific Island health committee at Auckland University and work as a clinician and lecture in obstetrics and gynaecology.

His PhD was about the physiology of the foetus.

Prof Mantell said factors such as whether a student attended one of the best schools, family circumstances and cultural expectations could affect equality of opportunity.

People became grumpy when their ambitions were thwarted, he said. Some tended not to get grumpy about generations of Maori or rural children missing out "because of the circumstances of their birth".

He was encouraged by progress made in promoting female judges and saw a parallel in that.

For every under-performing student accepted through this system there is a far more able one not getting in because of their race. Racism? Apartheid? We don't seem to have an open debate on this.

Harvard University in the US has been running so call affirmative action (selection based on race) for decades and the outcomes are revealing.
It is not helping those that the policy was intended to benefit. Now the accusation are that the course are systemically racist because the material presented does not fit with their students way of thinking. Also other minority groups such as Asian and Indian are suing Harvard because of discrimination, and they have the data to show they are.
It's fantastic that Prof Mantell has had such a distinguished career however I note that it is nothing like the service that is stated as justification for such practice here in NZ, which is to have higher numbers of doctors practicing in Maori, Islander and rural communities.
As AA has been running for decades in our universities, I think it is up to the universities to show us that the system is providing the outcomes desired.
Just where exactly is it that the Maori, Islander and rural graduates working?
Do they actually go and service their communities or do they just follow their own interest?