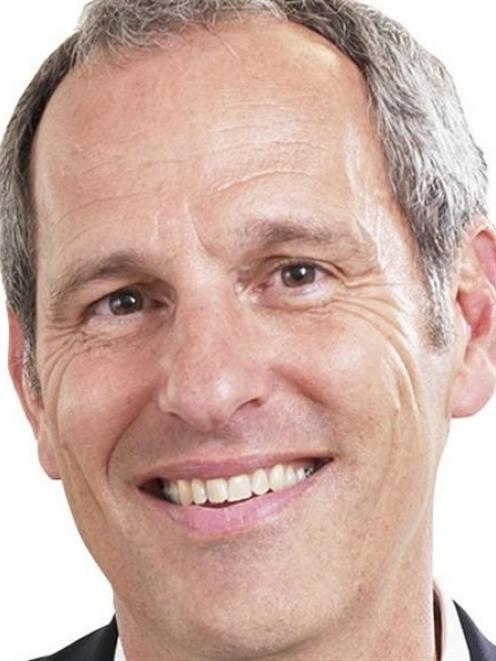 Tom Richardson.
More than 40% of AgResearch staff who responded to a survey say they will retire or find work elsewhere rather than move as part of the organisation's restructuring plan.

The Public Service Association (PSA) survey attracted 177 responses, including 104 from staff who have been told their positions will be moved as part of the organisation's Future Footprint plan. Only one of the 104 respondents down to move said they were ''happy to relocate''.

The organisation has a total of 833 staff (including 53 fixed-term workers) of which up to 250 are to move - about 75 from Invermay and 174 from the Ruakura campus in Hamilton - if AgResearch's plan goes ahead.

AgResearch chief executive Dr Tom Richardson slammed the PSA for releasing the survey to the media, and the quality of the results, saying it ''paints a biased and misleading picture of staff sentiment at the organisation''.

''This survey is not indicative of how all AgResearch staff are feeling about the proposal to reconfigure our future scientific capability so we better balance national and local needs,'' he said in a statement.

Dunedin North MP David Clark said the survey should send a ''clear message'' to the Government and showed the need for Science and Innovation Minister Steven Joyce to intervene.

The sample size for the survey was large compared to political polls which were taken from a ''far smaller'' sample of the overall population.

Dunedin Mayor Dave Cull said the survey showed there would be a ''critical loss of expertise'' under AgResearch's plan.

''That degree of loss suggests to me they will have great difficulty fulfilling their obligations to their clients.

''It simply reinforces the contradiction between the minister and AgResearch's consistent claim that they are really concerned about [people not moving], but when people make it clear [scientists] will be lost to AgResearch, they don't change the proposal.''

Mr Joyce declined to comment on the survey results, with a spokesman for the minister saying: ''The minister appreciates that Mr Clark doesn't want to see any changes at any time at AgResearch.

''... he doesn't intend to comment on individual reports or pieces of information ... being considered by AgResearch.''

PSA national secretary Richard Wagstaff said the survey showed ''serious concerns about the potential loss of staff, expertise and capability out of the organisation''.

Of the survey respondents, only 1% indicated they were happy to move, 32% said they were going to leave AgResearch and seek employment elsewhere, 10% said they would retire, and 27% said they did not want to move but wanted to stay with AgResearch.

The rest either said it was too early to decide, they did not know or refused to respond.

Of those who had not been asked to move, 10% said they would leave AgResearch.

Mr Wagstaff said there was a clear message from staff in the survey and accompanying comments made by members that AgResearch's plan would ''seriously undermine'' its ability to deliver quality agricultural science and ''threaten future funding''.

''The fact 80% of those surveyed say they are worried about the impact of the restructure on the science sector as a whole is significant and echoes the concerns of many other groups and stakeholders.

''This survey should send a clear message to AgResearch about how staff feel about the Future Footprint plans and the effect it will have on staff retention and organisational capacity, not to mention the provision of quality scientific work to the agricultural sector,'' he said.

Dr Richardson said it was ''deeply disappointing'' the survey was released to the media before the PSA discussed it with management or ''even the staff involved''.

''The wording of the questions was misleading and, in some cases, invalid from a scientific perspective. Put simply, it was a selective snapshot survey designed to deliver on a specific message,'' he said.

The Future Footprint proposal would deliver ''better science, more efficiently to the benefit of New Zealand farmers and the pastoral sector''.

''This co-location will not come at the expense of the regions. For example, the Invermay campus will continue to have a core group of scientists working with farmers and other regional stakeholder groups on on-farm and environmental issues,'' Dr Richardson said.