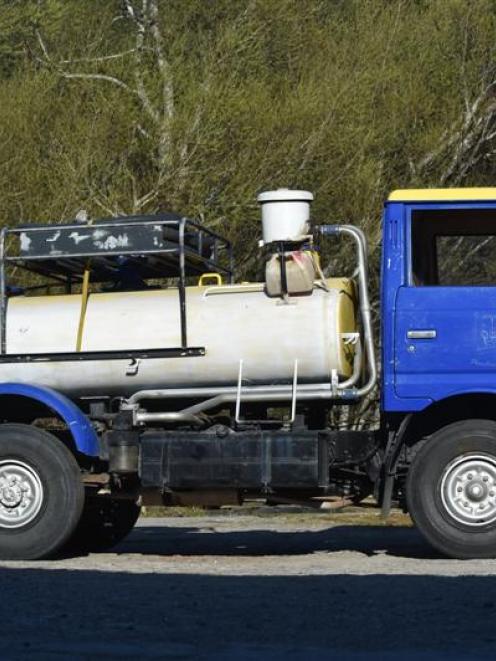 James Nash (26), of Dunedin, was located by police during a routine traffic stop in Balclutha on Tuesday night.

Nash was driving a Honda City vehicle he is charged with unlawfully taking from Christchurch.

It is alleged he had in his possession three altered forks and a set of 21 car keys when he was stopped.

It is alleged Nash unlawfully took ''Little Sucker'', a mud truck used to clear sumps and mud traps, from Barry Dell Plumbing in Dunedin a week ago and drove it to Christchurch.

He then ditched the truck there, before taking the Honda vehicle, police say.

Nash is also charged with stealing petrol costing $58.84 from a Caltex petrol station in Dunedin, unlawfully entering a property, unlawfully taking a vehicle and theft.

He is facing charges of unlawfully taking a vehicle and possessing an instrument with intent to use it to take a vehicle in relation to events in Christchurch.

Nash is also charged with possessing a knife in a public place, the Rosebank Lodge, in Clyde St, Balclutha, on Tuesday.

He was remanded without entering a plea, to reappear in the Dunedin District Court this morning.