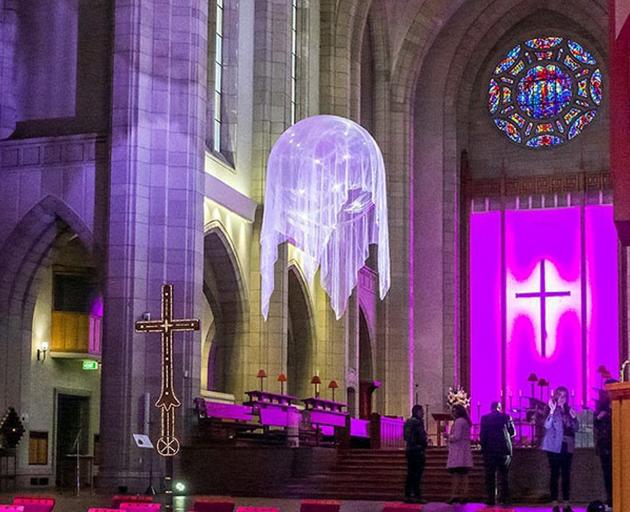 The installation, Luminary/Luminare, by Auckland artist Karen Sewell, features a 2m sphere that is suspended near a gallery or church’s ceiling.

It was launched at the Venice Biennale in April, and is being brought back to New Zealand with support from the University of Otago and Northart Gallery Auckland.

It will also illuminate churches in Christchurch and Wellington. 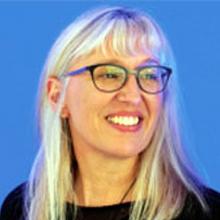 Sewell said the multimedia work explored the "largely forgotten dialogue between contemporary art, histories of faith and places of worship".

She described Luminary as a metaphor for "light and light-giving bodies" that speaks of the "unfathomable mystery and beauty of cosmic phenomena, and is a threshold into the spiritual realm that can only be experienced, rather than seen".

"Placing it in a space designed to proclaim the beauty and glory of God not only contributes to the theological resonance of the piece, but connects with the history of cathedrals as patrons of the arts and engages the public with a contemporary sacred place."

University of Otago theology Professor Murray Rae has been instrumental in having the work installed at the Venice Biennale and touring New Zealand.

He believed its "sacramental quality and spiritual evocations" would appeal to audiences in New Zealand.

To coincide with the exhibition, the theology department is giving an intensive course titled Arts and Cultures in Christian Ministry and Mission (MINS414), from July 4-8.

It will be taught by visiting lecturer Judith Brown, who also contributed an essay to a recent publication about Sewell’s work.

The installation will also appear at Christchurch’s Oxford Terrace Baptist Church from July 16, and Wellington’s Church of St John’s in the City from July 31.