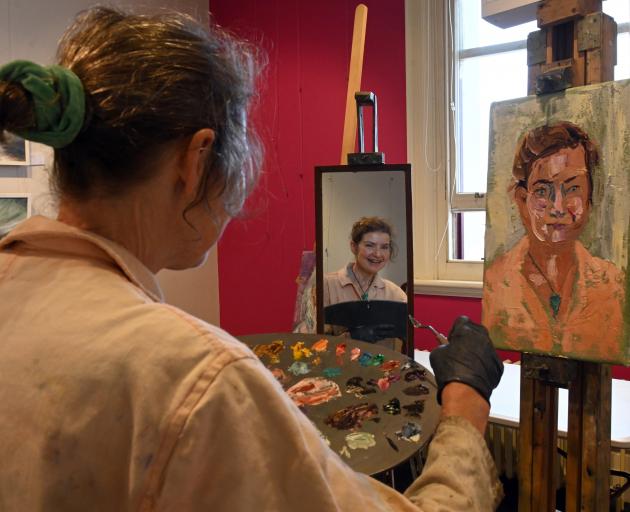 Dunedin artist Jude Ansbacher paints from her reflection in a mirror using oils and an impasto technique at an artist demonstration day at the Otago Art Society in the Dunedin Railway Station yesterday. Photos: Linda Robertson
Ever wanted to learn to create a papier mache dragon, or paint a portrait from scratch? Dunedin people had a chance to do just that at an art society demonstration weekend. 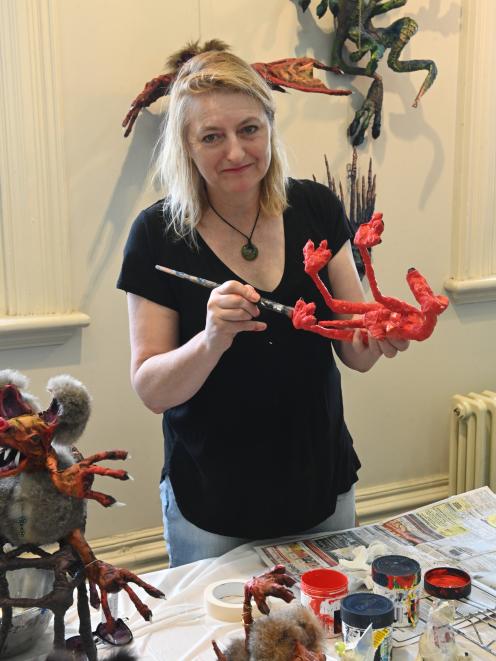 Mosgiel woman Brenda Nyhof works on a papier mache fantasy artwork.
Twenty artists and sculptors from the Otago Art Society held the event at the Dunedin Railway Station at the weekend, among them painter Jude Ansbacher and creator of "creepy critters" Brenda Nyhof.

About 1000 people came through on Saturday alone to observe and sometimes participate in creating art.

Art society president Doug Hall said the weekend was an annual event, and every year different artists were put into the mix.

Ms Nyhof, who had brought all her materials with her, said she started making a papier mache body around coat hangers, with marbles as eyes.

At that stage she could decide what kind of creature she wanted it to be — for instance a bird, or a dog — before fashioning separate papier mache limbs and then covering the creature with cloth, giving it a skin-like texture. 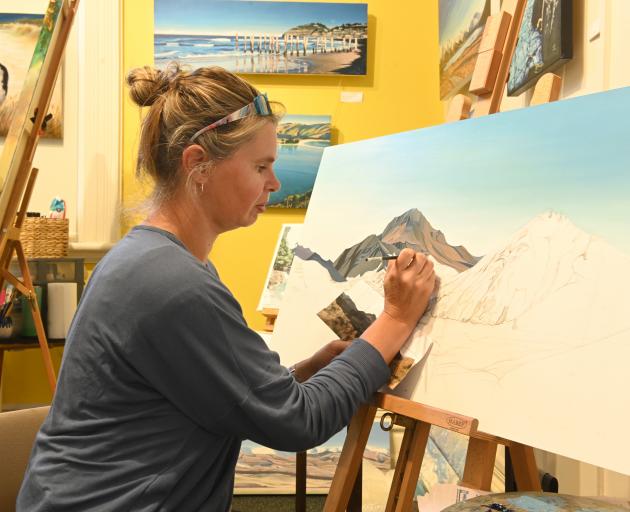 A large sculpture might take her months to make, but a small one could be complete in a matter of days.

She particularly enjoyed the recycling aspect of her work.

Portrait and landscape painter Jude Ansbacher was painting her own self-portrait on Sunday morning, and said while she would not describe herself as an abstract painter, she also did not paint in a photographic fashion either.

"I did advertise for a model, but no-one was brave enough," she said. 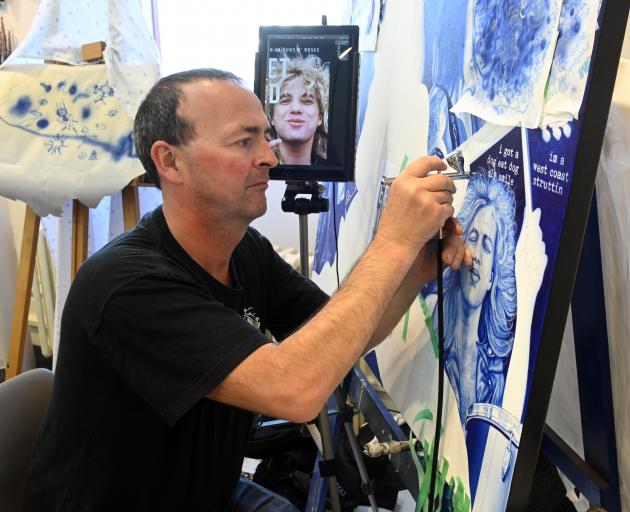 Ian Formston uses an air-brushing technique to paint a canvas with rock band theme. PHOTOS: LINDA ROBERTSON
She had enjoyed the weekend and said she had enjoyed demonstrating her art to the public and speaking to artists from other countries.

"It’s been a very interesting exchange of ideas."

Also in the mix were landscape painters, people working with airbrushing, printers and quilters.