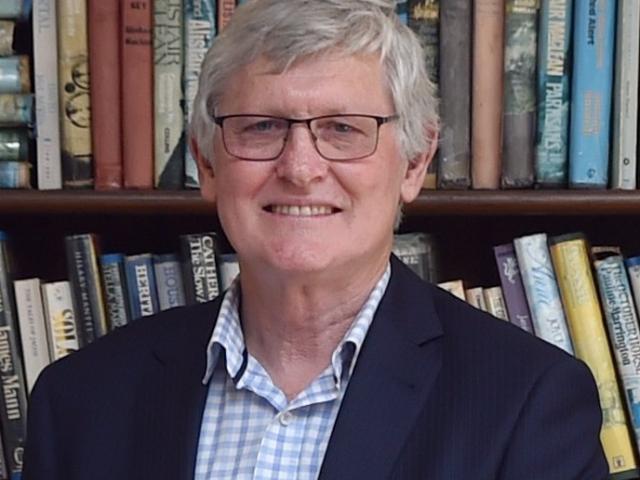 Tony Eyre. Photo: ODT files
Building a theatre in the Athenaeum would have got the library kicked out after 150-plus years at the venue, according to the latest Charcoalblue report.

Suggested plans from the phase three report tabled at a Dunedin City Council meeting last week revealed there was no provision for the Athenaeum library in the redevelopment.

The council had commissioned Charcoalblue to undertake a feasibility study into options for building a mid-size theatre in the city. It selected the Athenaeum building as its preferred location.

Library president Tony Eyre said the building was part of the library’s identity and looking for alternatives would not be ideal.

At 10-year plan deliberations last Monday, the council voted to consult further with the creative community before committing to a new theatre site.

Mr Eyre said the library had not been approached to take part in the original Charcoalblue report but had to be a part of the new round of talks.

The library had a lease in the building until 2023 and had a right of renewal until 2031, with theatre construction proposed to begin in 2025/26.

"As a stakeholder with a legal involvement there, we would have to be part of how that was resolved if the council do decide on the Athenaeum eventually."

While the library was against turning the building into a single-use theatre facility they were very open to it becoming a multipurpose creative hub.

Such a hub could complement Dunedin’s status as a Unesco city of literature with practice rooms and smaller performance venues alongside the library.

The library already served as a community hub, having hosted public meetings and performances in the past.

"Just the other night the Scottish and Irish Studies Department were there with various representatives from Scotland, Ireland, New Zealand and Samoa discussing constitutional issues."

It had also provided venues for the Fringe Festival and the Writers and Readers Festival.

The new consultation period will take place over the next year with staff preparing a report in time for next year’s annual plan.