Beholding bounty, beauty and a beast 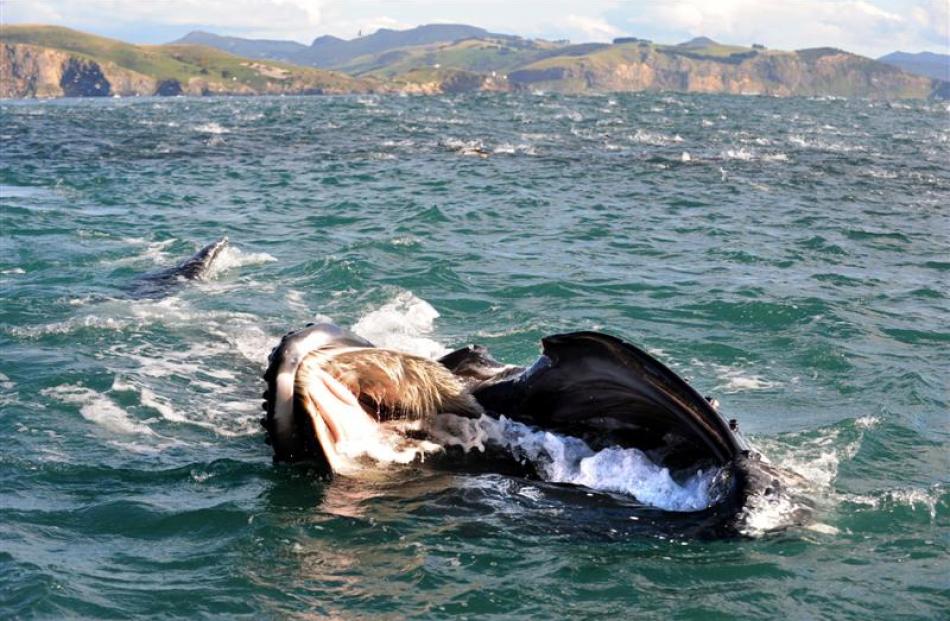 A calf humpback whale fishes about 2km from Taiaroa Head yesterday, accompanied by a run of barracouta. Photo by Stephen Jaquiery. 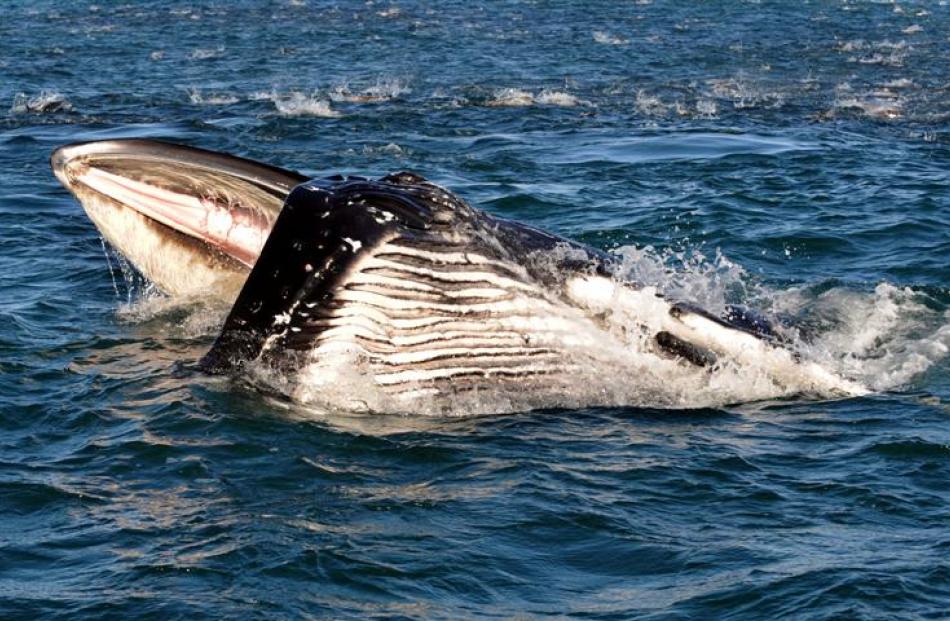 A calf humpback whale fishes about 2km from Taiaroa Head yesterday, accompanied by a run of barracouta.

How was your day at work yesterday? Yeah, same here.

Oh, except that while researching a story yesterday morning with Otago Daily Times illustrations editor Stephen Jaquiery, we stumbled upon a whale.

We'd been visiting the trawler Aurora for a feature on the 100th anniversary of the Port Chalmers Fishermen's Co-op.

A run of barracouta, the size of two football fields, was leaping around in the distance, about 2km off Taiaroa Head.

Dolphins and seals were swimming among the 'couta, chomping away in a piscatorial version of The Last Supper.

Jaquiery was snapping shots of the action when a large object rose in front of us.

It was about 8m long and literally the size of a whale.

Then it suddenly surfaced and blew water over the boat.

"When's the last time you saw someone soaked by a whale's blowhole?" Jaquiery asked.

The whale swam in circles on its side, its gaping maw wide open. Jaquiery got some great photos - although most of them were flukes.

"They often travel through here at this time of year. They migrate from the Antarctic up to the Pacific and then spend summer swimming around Tonga."

An adult humpback can reach 16m in length and weigh nearly 40 tonnes.