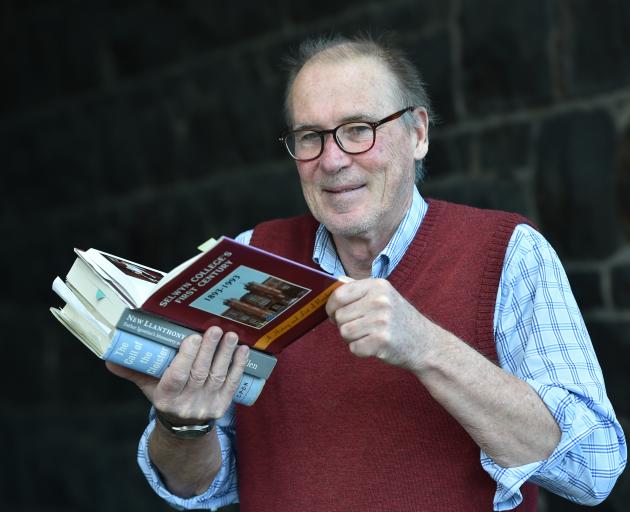 Dr Donald Kerr has retired after 18 years as the University of Otago library’s special collections librarian. PHOTO: PETER MCINTOSH
Donald Kerr’s fascination with books began in the age before television.

"I was always a reader and this led, for my sins, to book collecting."

Now, after more than 30 years collecting and researching rare books, the 66-year-old is about to start a new chapter.

The special collections librarian has retired after 18 years at the University of Otago library — a position he says has been his "dream job".

"Working as a plongeur [dishwasher] in a restaurant in Versailles was good.

"My position as rare books librarian at the Sir George Grey Collection at Auckland City Library was better.

"But special collections librarian at the University of Otago has for me, been the best job in the world."

During his time at the university library, Dr Kerr hosted 72 exhibitions, collaborated with 17 printers on the Printer in Residence programme, conducted research on some of the country’s rarest books, and published books about his findings.

Dr Kerr said his vision for the University of Otago Library’s special collections was to make them known and more visible to those in the university, and the wider community of Dunedin, New Zealand and the world.

His research to date has highlighted the De Beer, Charles Brasch, and Hocken collections.

Dr Kerr said he was retiring because he felt it was a good time for "a younger person with a fresh perspective" to take over.

Despite being retired, he said staff and students at the university’s libraries would still see him roaming the stacks on a regular basis.

He was now working on a book project on the Rev William Arderne Shoults (1839-87), a clergyman who was also a book collector.

"This and other book projects will keep me amused and will allow me to stalk the libraries for book and manuscript materials.

"I’m looking forward to it."