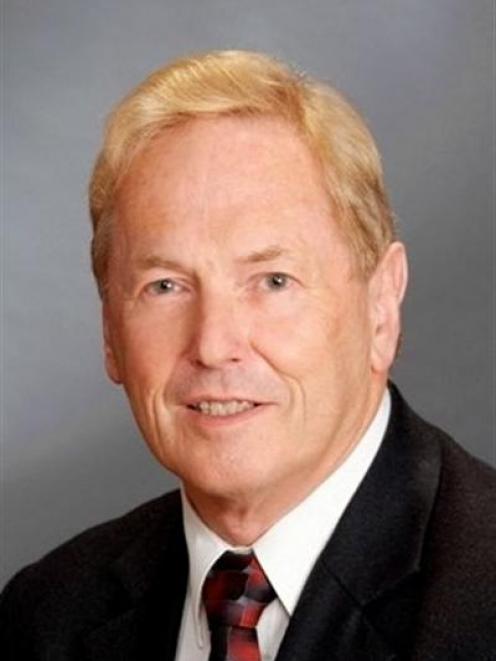 Richard Walls
Last-minute changes have been put forward as the Dunedin City Council votes on whether to go ahead with special consultation on major changes to the city's recycling regime.

Cr Richard Walls yesterday said he would move changes that would give residents a choice on the option that would be best for their home in a city where one size did not necessarily fit all.

On August 3, councillors at an extraordinary infrastructure services committee voted 10-4 in favour of "option C", which would mean black bags would be retained for weekly rubbish collection and blue bins used for fortnightly collection of glass recyclables only.

A new 140-litre bin would be introduced for paper, plastic and other mixed recycling materials, also to be collected fortnightly.

Option C allows optional variations to the standard service to address specific needs around the city, including providing 40-litre stacker bins and 80, 140 and 240-litre wheelie bins.

A full council meeting will today vote on whether to undertake a special consultative procedure, with that as the preferred option.

Cr Walls said option C was "almost one I can live with".

But there were a lot of people without easy access to the street, and they would have to apply for smaller bins.

His suggested options would allow people to decide for themselves if they could use a wheelie bin, rather than the council making an "objective" decision.

The modified options, which he circulated among councillors on Friday, with a call for support, included the retention of black bags for the weekly collection of residual waste, the option of 80, 140 or 240-litre wheelie bins for the storage of mingled recyclables for fortnightly collection, and the provision of a recycling crate for glass.

The other option was the retention of black bags and the provision of two or more stacker bins to enable the separation and storage of glass and other recyclables for collection on a fortnightly basis.

The options were not exclusive of one another but would be the choice of property owners.

The council had to do something to reduce waste going to landfill, and it was a relatively low-cost step that would improve on the present system, Cr Walls said.

"It recognises the problems inherent in the one-size-meets-all scenario by offering a choice of a wheelie bin or bins/crates, thus recognising individual needs and accessibility in our topography.

"Very importantly, in retaining the black bag for residuals - or allowing those who want a wheelie bin to privately contract for it - it adheres to polluter pays."

His suggestion would also mean more sorting of recyclables by residents, which would be more cost-effective for contractors.