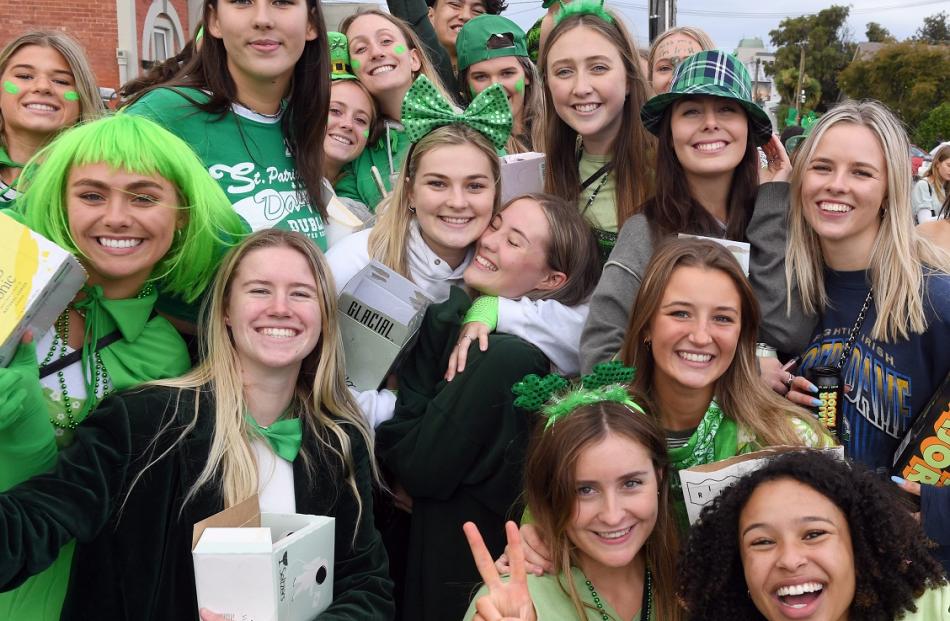 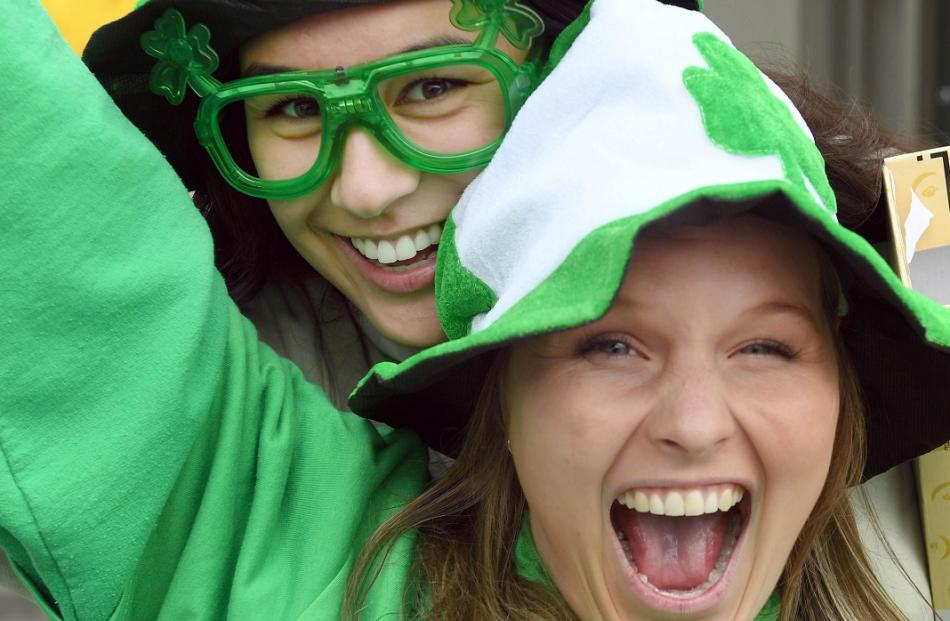 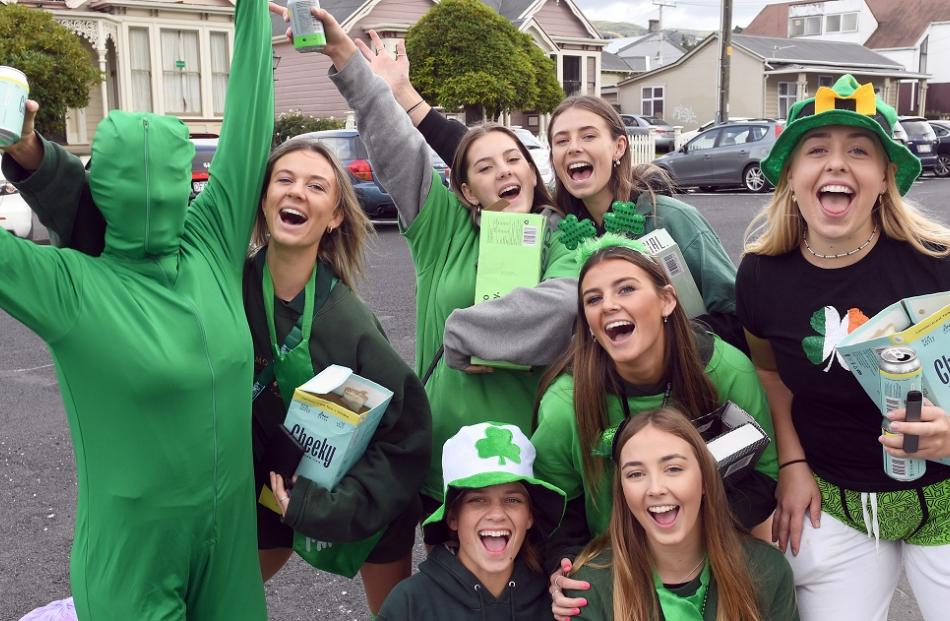 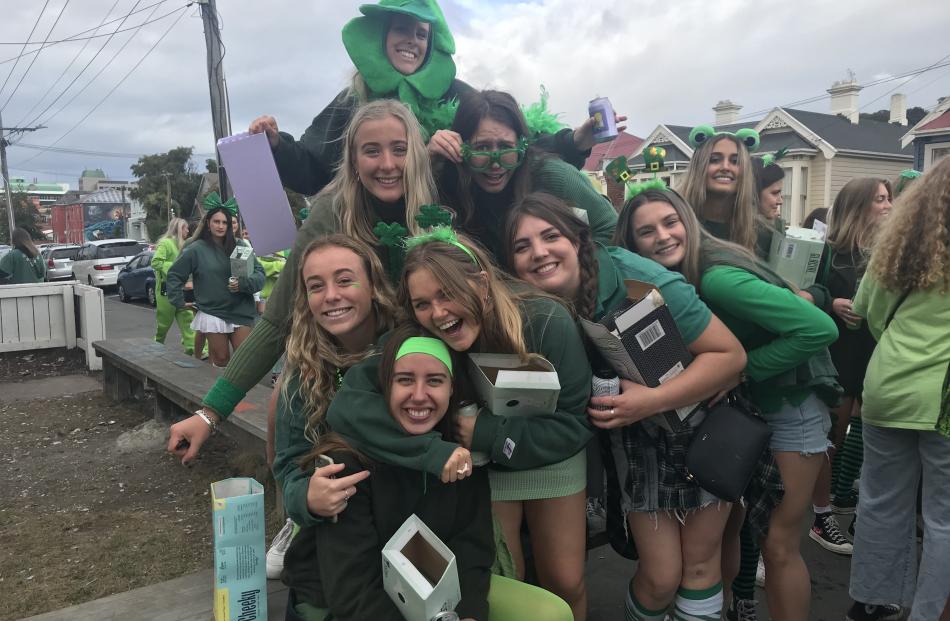 Students have made an early start to St Patrick's Day celebrations in Dunedin this morning.

On Castle St, residents split into boys and girls groups for a day-time flat crawl.

One party-goer said they began drinking at 7am.

The street was a sea of green as revellers moved from flat to flat, seemingly undeterred by a drizzly Dunedin morning.

Meanwhile, another large group was celebrating at a flat on the corner of Queen St.

Senior Sergeant Craig Dinnissen told RNZ the annual Irish celebration had become a siren song for drunkenness in the city.

"As far as drunkenness goes it's probably worse than New Year's Eve. It's just a binge drink day - and it's started already. It started at 8am this morning people were already dressed in green, drinking, walking down the street," Snr Sgt Dinnissen said.

"It's not what St Patrick's is about but we seem to be taking it to the umpteenth degree."

Dunedin police had noticed it growing in scale every year and intoxication occurring earlier in the day.

Snr Sgt Dinnissen said police were aware of large parties planned for today, with one expected to attract 500 revellers in North Dunedin.

Officers were thankful students were letting them know parties were planned, and as a result they would be taking an "engage and educate" approach to dealing with them.

"If the party gets out of control and beyond the capacity holding it, we'll shut it down. But we work with the people that do register to make sure it's a safe party," he said.

Police were most concerned about the level of intoxication which accompanied the day's festivities.

"They're now down to the fact that you get more alcohol per serve in a bottle compared to in a can, so ... they purchase by standard drinks. All it is is financial, they want more alcohol for less money and unfortunately glass is the cheaper option."

That created issues with broken glass, so Snr Sgt Dinnissen had a simple message for revellers.

"Just make sure you're not going to extremes. The broken glass thing is chronic ... don't smash glass."

Yet another reason to promote over indulgence of alchohol by the student population, and somehow seen as a right of passage.
The city will then complain about burnt couches, broken glass and pooled vomit in the streets once more !

"Just make sure you're not going to extremes. The broken glass thing is chronic ... don't smash glass." that statement is like telling a child not to eat the chocolates on the table, you know they are going to do it.

It was incredible really, driving along George Street and witnessing the behaviour of student's carrying their alcohol with them, drunk as a skunk, and presenting it as if their pride was at stake!! seriously tho why is this even permitted?