The bitter aftertaste to Cadbury's closing 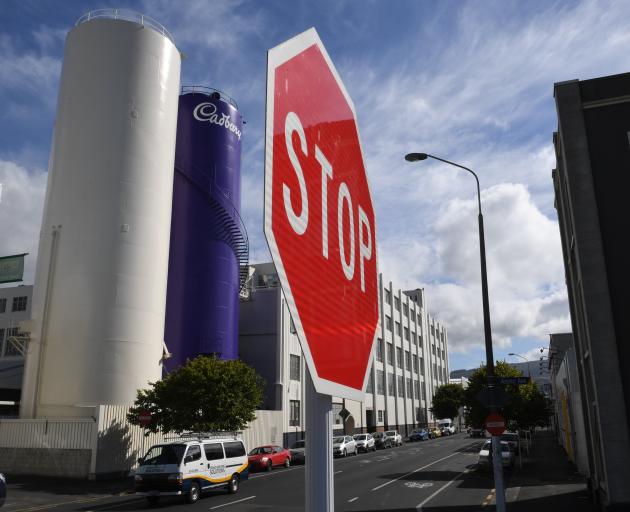 The iconic Dunedin Cadbury factory is to stop production. Photo: ODT file
The river of chocolate that sustained thousands of Dunedin workers over the years looks set to run dry.

But while the closure of Cadbury's landmark factory will be a major blow to the southern city, no one is seeing it as a sign of wider problems in the manufacturing sector.

Commentators say the writing has been on the wall for a while now, but there was still shock when Cadbury's owner last week announced that it plans to close the factory, leaving some 360 people without jobs.

Mondelez International, Cadbury's multi-billion-dollar US parent company, cited increasing costs and distance to its markets as making it untenable to continue the business - even though it is still profitable.

That argument would have been familiar to many kiwi manufacturers; in a survey of manufacturers by the NZ Institute of Economic Research (NZIER), distance to markets was cited as the fourth biggest barrier to expansion.

Given that more than 70% of Cadbury's New Zealand production is exported, the decision to move production to Australia and close its last manufacturing plant in this country next year was a logical - if tough - decision to make, said Mondelez.

"We operate in an increasingly competitive industry and the factory's distance from its main market [Australia], low volume and complex product portfolio, make it an expensive place to manufacture our products."

While they weren't words that Dunedin wanted to hear, there is no sign that they reflect wider problems in manufacturing.

According to NZIER data, manufacturing accounts for $22.6 billion of GDP a year, or 11% of the economy, and is responsible for almost 250,000 jobs.

Beard said food and beverage production is consistently one of the strongest categories.

"I don't think [the closure] is a reflection at all of manufacturing in New Zealand," Ms Beard said.

"We produce the performance and manufacturing index (PMI) every month which tells [people] how business is going, and it has been in expansion for a record amount of time.

"Food and beverage manufacturing is generally one of our strongest categories, so when you look at the stats, it is more often than not going well and expanding."

The manufacturing index has been expanding consistently since September 2012, which Ms Beard says is an exceptional record compared with most countries. In comparison, Australia's PMI has been in decline for the past two years.

The New Zealand index shows growth has been particularly strong in building and construction, and the food and beverage sector.

Based on the latest ManufacturingNZ data, food, beverage and tobacco manufacturing made up 36% or $5.85 billion of the sector.

Nor will Cadbury's closure mean the end of chocolate making in New Zealand. Trade Aid opened its chocolate factory in Christchurch in 2014, and Whittaker's operates its plant in Porirua. Both say they have no plans to shift manufacturing overseas.

Whittaker's says it can not take over the Dunedin Cadbury factory. Photo: NZ Herald

Whittaker's marketing manager Holly Whittaker and head of marketing Philip Poole say the company has been New Zealand-owned for more than 120 years and operates a bean to bar model where it controls the entire manufacturing process.

"We manufacture here because we are committed to New Zealand and we're a New Zealand company, and by doing that we can control the quality of the product," Mr Poole said.

"I suspect it could be done cheaper elsewhere, we've never looked at it, but that's not Whittaker's".

While Whittaker's feels for the Dunedin workers, and plans to expand at some point, the company says it will not be able to take over the Dunedin factory and all its staff.

Across the world, Mondelez has been closing factories in developed countries - including the US, Canada and Europe - and shifting production to developing countries to widen margins.

In February 2014, the Financial Times reported that Mondelez had hired consulting and strategy firm Accenture to help it cut costs.

The paper reported that Mondelez was trying to streamline operations and deliver $US3 billion ($NZ4.1 bilion) in productivity savings over three years.

New Zealand Manufacturers and Exporters Association chief executive Dieter Adam says he is not concerned about the future of the manufacturing industry, but he does note Otago had lost several manufacturing businesses recently, including Hillside Engineering and Fisher & Paykel Appliances near Mosgiel.

"We saw a 10% drop in [New Zealand] numbers immediately following the GFC and since then it has been steadily increasing again," Mr Adam said.

"The interesting thing is in Dunedin we have seen a lot of manufacturing job losses.

"In the last 10 years we've lost just over half of all manufacturing jobs there, compared with what has been happening on the national scale, which has been positive.

"We see that every now and then, one factory closes - it may be quite a small one, but it affects a number of other companies they have been supplying to, especially if they're one of the only ones left to provide a particular service.

"The [Cadbury] closure isn't unexpected, though - the writing has been on the wall for a while now."

Mr Adam says manufacturing in New Zealand is shifting from large-scale production to specialised manufacturing, and the future of the industry in this country is in high-value jobs that require a lot of skill, although for food manufacturing, the New Zealand-made branding is a strong selling point.

Despite concern manufacturers are increasingly looking overseas for cost efficiencies, New Zealand's manufacturing sector had one of the highest job listings in January according to recruitment company Seek.

Cadbury staff and Dunedin residents are hoping a way may be found to keep the Cadbury factory open, but for Mondelez, whose profit last year topped US$1.6 billion, New Zealand is just a speck in its global market.

The Cadbury name has a long connection with New Zealand, from the company's home at Bournville, in England, to a Willy Wonka-esque factory in Dunedin - complete with chocolate waterfall.

Cadbury was born in 1824, when John Cadbury opened his first store in Birmingham, England, selling tea, coffee and drinking chocolate.

By the 1900s, John's sons George and Richard had taken over the business and founded Cadbury's first official home, at a site they named Bournville.

Alongside the Cadbury factory, the family built a "model village" of more than 300 houses for workers and their families, complete with schools and shops - although the family's Quaker religion meant alcohol was prohibited.

Over the following century the company expanded globally, developing some of its most popular products including Dairy Milk chocolate, and holding its position as one of the biggest British confectionery manufacturers.

In September 2009, US company Kraft Foods (now Mondelez International) made a US$16.2 billion bid to buy Cadbury, which was rejected.

Kraft then launched a hostile bid for the company and in January 2010 Cadbury ceded, selling for US$19.6 billion.

The merged company soon faced criticism, particularly after closing Cadbury's Somerdale factory at a cost of 1000 jobs, despite Kraft's promise to keep the plant open.

Continuing criticism prompted a parliamentary investigation, which resulted in company bosses being hauled before MPs.

New Zealand was an early market for Cadbury, which supplied the country with chocolate from Britain until a 1928 increase in duties on imported goods forced it to look for a local manufacturer.

The company eventually opened a second factory in Auckland.

In Dunedin, it created Cadbury World in 2003 - a tour of the factory and facilities which ends at a five-storey silo featuring what is thought to be the world's largest chocolate waterfall.

Kiwis may have embraced Cadbury, but it has still faced its fair share of difficulties.

In mid-2009 the company faced controversy over its replacement of cocoa butter with palm oil.

Consumers objected to the taste, while environmentalists were angered by palm oil's role in the destruction of tropical rainforests.

By August the company announced it was reverting to the use of cocoa butter, although palm oil is still listed as an ingredient in some of Cadbury's fillings.

In 2007 Cadbury announced it was closing its Auckland factory, affecting around 200 jobs.

Cost-cutting also resulted in the company downsizing many of its products over the years, most recently in 2015 when it cited manufacturing when trimming block sizes.

Now the planned closure of the Dunedin factory next year marks the end of a 90-year manufacturing presence in New Zealand.

Cadbury World will remain open for now, but it remains to be seen whether Kiwis will still want to share the Cadbury magic. 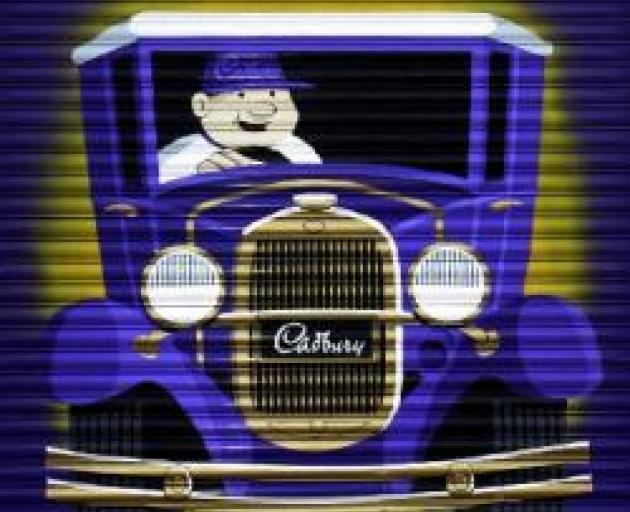 Concerns have been raised about what the closure of factories like Cadbury's might have on NZ manufacturing. Photo: ODT file

BITING INTO A $365 MILLION MARKET

Cadbury's Dunedin factory closure is likely to backfire on the company by encouraging consumers to desert the chocolate maker and move to New Zealand brand Whittaker's, one marketing commentator said.

Globally, the chocolate market is expected to reach $US131.7 billion ($NZ183 billion) by 2019, up from about $US98b last year, according to sales data firm markets&markets.

In New Zealand, chocolate sales totalled $365 million in 2016, according to data from Nielsen. Chocolate block sales were worth $139 million of the total according to Cadbury.

Mondelez-owned Cadbury still holds its place as the country's biggest chocolate brand, but New Zealand-owned Whittaker's is rapidly biting into that, with an estimated 41% of the block market.

The remainder of the industry includes boutique operators such as Trade Aid and Devonport Chocolates.

Whittaker's was named New Zealand's most loved brand in an annual Colmar Brunton survey in September, and University of Otago marketing professor Juergen Gnoth said the Cadbury closure was likely to benefit Whittaker's even further. He said Mondelez was underestimating the loyalty of New Zealand consumers.

"I think Cadbury will definitely lose a lot of customers which will give Whittaker's a boost," Prof Gnoth said.

"New Zealanders are very loyal and particularly I think when it comes to food products.

"I think [Mondelez] are not looking at this trend enough."

Mr Poole said the key to Whittaker's brand was quality. He said the company operated by the philosophy of "better not cheaper", which resonated with Kiwi consumers and helped lift its market share.

"It's been a pretty continuous process, particularly in the last five to ten years," Mr Poole said.

"We've seen continual growth in our sales and certainly the plan for the future is to maintain the strategy we have to continue that growth."

The company exports about 30% of its production to 21 countries. Marketing manager Holly Whittaker said Whittaker's has no plans to move manufacturing from its site in Porirua, where all of its products are made.

The rivalry between Whittaker's and Cadbury's has been ongoing, and spilt over into court several times in recent years.

The companies argued over the Dairy Milk branding, and more recently Cadbury took Whittaker's to court over its Berry Forest name.

Cadbury argued it was too similar to its own Black Forest chocolate, but eventually lost the case.