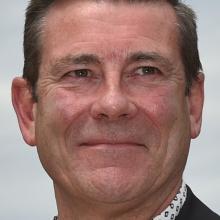 Michael Woodhouse.
Concerns about the viability of the Cadbury plant were raised with him during visits to the factory, Dunedin National list MP Michael Woodhouse has confirmed.

In a statement, Mr Woodhouse said the concerns were raised as recently as last month.

"I have had periodic contact with Mondelez International and Cadbury factory staff on a range of matters related to my portfolios and as an interested local MP.

"Matters pertaining to the challenges of maintaining the factory’s viability were occasionally raised, most recently at a visit I made in January."

Mondelez advised him of the plan to close the factory "a day or so" before it was made public on February 16, Mr Woodhouse said.

He  refused to talk about the closure proposal when asked  about it after attending Wednesday’s mayoral forum at the Dunedin City Council.

In his statement, Mr Woodhouse said concerns over Cadbury’s viability were not new, and under the previous Labour government, 145 jobs were lost at the factory.

"My discussions with factory management centred on the excellent efforts they were making to improve efficiency and quality.

"I had no knowledge of the imminent decision to propose closure until the week the announcement was made."

Mr Woodhouse did not answer some of the Otago Daily Times’ follow-up questions, including whether he referred  viability concerns to Cabinet, and what Mondelez told him about viability.

If you had the knowledge, why did you not share it?

The previous Labour government, ending nine years ago, is irrelevant.

Oh he's a gem. Always doing his best for ... oh, that's right.. the best for himself. Knew something was up, did nothing. So, what is it we're paying our MP for?

Its not hard to read between the lines. Cadbury asked for support, the North Island government says lets call their bluff: Its only 352 jobs and its only Dunedin so who cares.

Can someone from Cadbury tell the truth - they've got nothing to lose, they are going anyway.