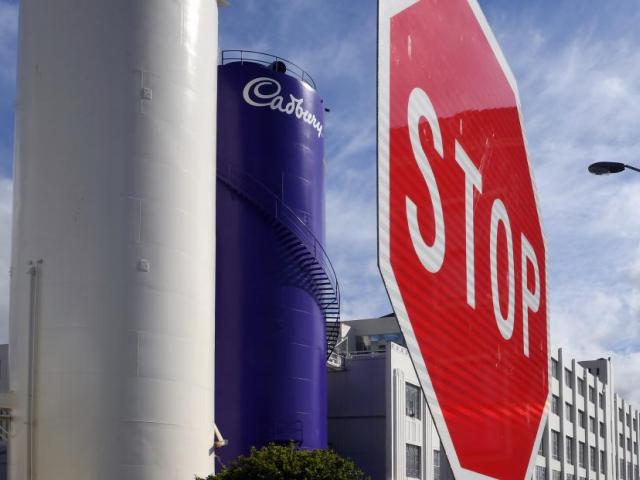 The closure of Cadbury's in Dunedin next month is expected to impact the city's job growth figures. Photo ODT
Almost 900 jobs have been added to Dunedin's economy in a year but the imminent Cadbury closure looks set to take the shine off those figures.

The Dunedin City Council said the latest available employment figures from Infometrics showed 883 jobs were added to the city’s economy in the year ending March 2017.

The council said the Infometrics quarter economic monitor for Dunedin, released today, showed positive signs across all economic indicators, with GDP in the city growing by 2.2% last year and those on jobseeker support dropping by 1.8%.

Of the 883 jobs added to the economy, 298 were in the hospitality sector, while construction and professional services also experienced growth.

Visitor spending in the city rose 2.1% to a record $721 million in 2017, creating more jobs in the accommodation and food services sectors.

This was driven primary by international visitors.

Business spending was up by 29%, with large developments under way such as consents and registrations for the University of Otago.

Although the indicators were pleasing, Enterprise Dunedin Director John Christie said cuts to Dunedin’s manufacturing and education sectors would  impact results for the next quarter.

He said employment in manufacturing was likely to be affected by closure of the Cadbury factory next month.

Including seasonal workers, about 360 jobs would go in the factory closure - some of those already having gone in December.

"Although the transition of workers out of manufacturing will leave some workers temporarily out of employment, some will be absorbed by Dunedin’s strong marketplace.

“Seeing this sustained growth in our economy and employment figures over several years is positive for the city. The city’s economy is clearly doing better than it has for many years," Mr Christie said.

"This reflects increased business confidence as well as ongoing work by our city partners on initiatives to grow the economy and jobs, which will improve our quality of life," Mr Cull said.