By Shannon Gillies
0 Comments
Mondelez was genuinely interested in having some of its line of  New Zealand products made in Oamaru, the general manager of Rainbow Confectionery says.

Brent Baillie would yesterday not be drawn on why he thought Mondelez  ultimately decided not  to have any of its sweet line made in Oamaru, but  said the decision was  disappointing. 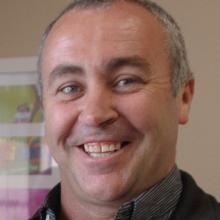 Brent Baillie
"They did have intentions to find a suitable manufacturing option for some of the products in New Zealand."

Mondelez International  on Tuesday said its decision to manufacture the products, including Jaffas and Pineapple Lumps, in Australia, was because of the unique requirements of these products, particularly the marshmallow-based products.

That meant it "simply wasn’t possible", to have them manufactured locally, it said.

Mr Baillie said Rainbow worked hard to  find a way to manufacture the lollies under contract.

There was nothing special about the manufacturing process that  Rainbow staff could not have achieved through minimal investment.

"We completely understand the unique requirements of these products  particularly the marshmallow-based products and it is simple to replicate."

He was "gutted" for  New Zealanders by the Mondelez decision.

"I’m gutted that iconic Kiwi products aren’t going to be manufactured in New Zealand. I’m upset for the employees down in Dunedin that we didn’t have an opportunity to create  future employment opportunities for them, but at the end of the day Mondelez has made a business decision that suits them best and it is what it is."

Supporting New Zealand products "creates reinvestment for sustainable employment. A future for people and a future for businesses. We’re up against a global economy and obviously part of that  global economy  is the way Mondelez manages its business."