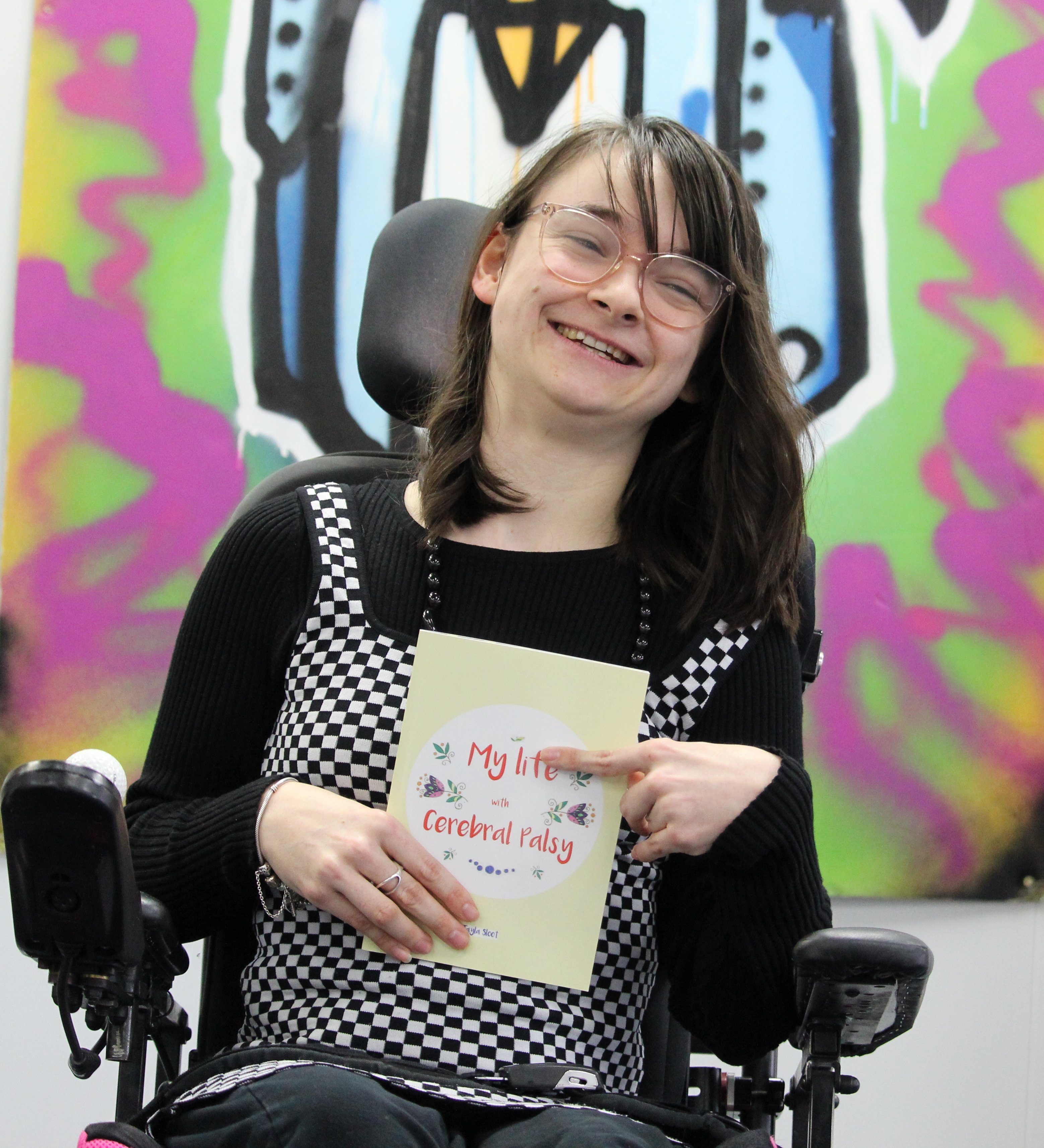 Tayla Sloot with her new book My Life with Cerebral Palsy which helps children understand her condition. PHOTO: SIMON HENDERSON
What you see is not the full story for Dunedin’s Tayla Sloot.

The 25-year-old enjoys visiting the Dunedin Botanic Garden, but after seeing children hide when they saw her, she decided to do something about it.

Miss Sloot, who has cerebral palsy, has written a book to show children they don’t need to be shy or afraid to talk to her.

My Life with Cerebral Palsy is written in an easy-to-read style that explains her condition and describes some of the activities she enjoys, such as volunteering, playing basketball and performing in drama productions.

The book took about six years to write. With the help of staff at IDEA Services in Dunedin, she was able to be closely involved throughout the process, choosing the layout, photos and colouring images that decorated the book.

A quiz night fundraiser generated money to print 32 copies of the book, but Dunedin Print was so impressed by her efforts it increased the print run from 32 to 350 at no extra cost.

She was able to answer pupils’ questions, including how she gets into bed at night and what it was like using a wheelchair.

She explained to the children who asked how she got around that managing an electric wheelchair was a bit like a video game, because she had a joystick to control, and she had to dodge obstacles.

Since being published, the book had had a positive reception, Miss Sloot said.

Copies had been sent to every school in Dunedin, and many teachers and school principals had written thanking her for the book.

The book had also been sent to children’s wards throughout the country as well as organisations that supported people with cerebral palsy.

• People who are interested in copies of her book can email mariosloot1962@gmail.com or sarah.rodger@idea.org.nz.